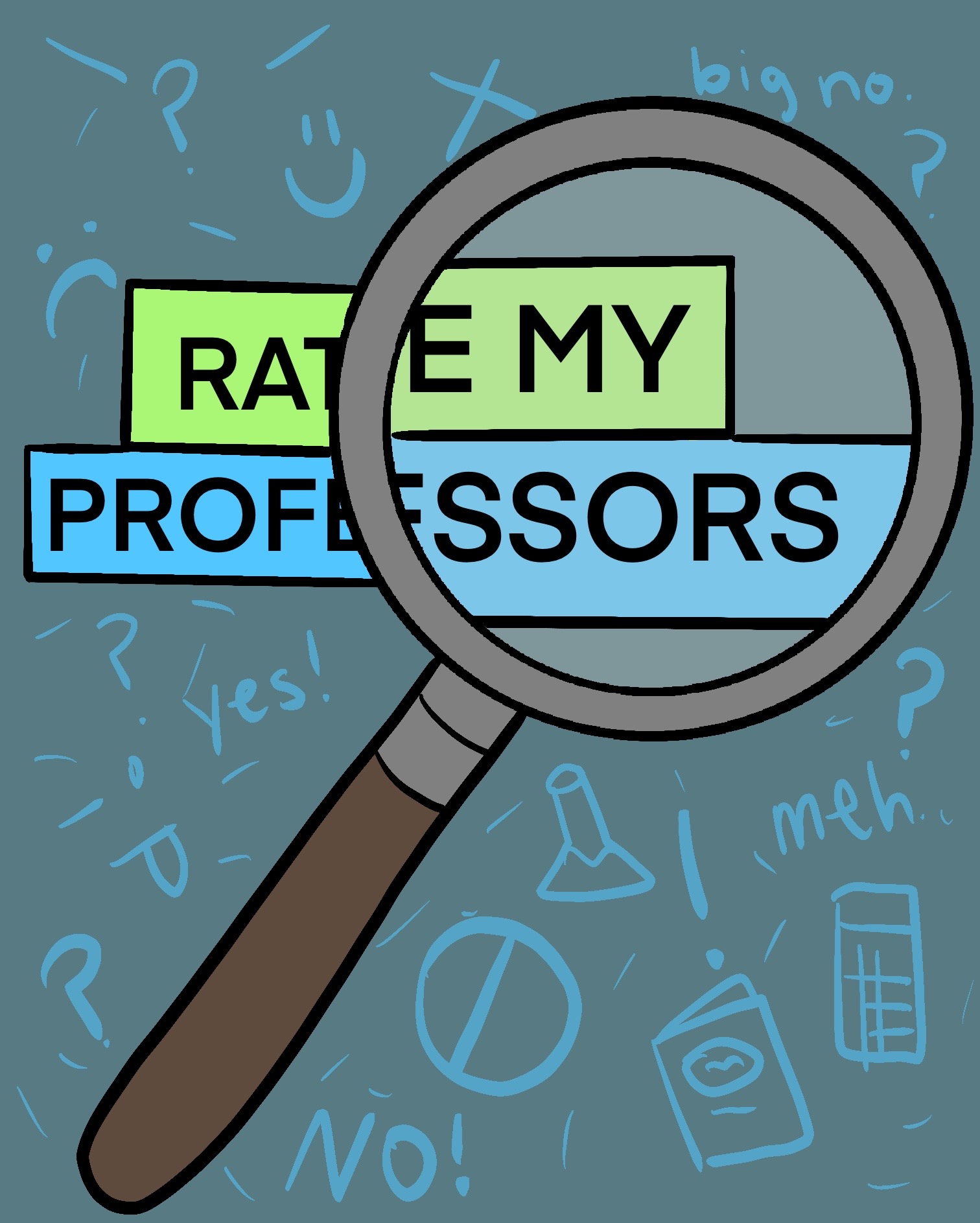 Editor’s Note: Michael Atkinson is the professor of the JOU 41 Newspaper Laboratory course.

In a poll conducted by The Pioneer on Feb. 23, it was determined that 77 percent of students and alumni have referred to the rating website RateMyProfessor.com before choosing a professor or course.

RateMyProfessor.com is a website that allows students to give a public analysis and rating on how their professors performed throughout the duration of a particular course. In turn, some students use the accumulated reviews to guide them through their course selection process.

According to RateMyProfessor.com, users added more than 19 million ratings, 1.7 million professors and over 7,500 schools to the site. More than 4 million college students across the United States, Canada and the United Kingdom use the site each month.

“I really like Rate My Professor because I’ve noticed most of the reviews reflect the professors really well,” Abigail Timmins, a junior criminal justice major, said. “It allows a student platform to talk about a professor’s strengths and weaknesses, and also lets you know if that professor is suitable for your style of teaching.”

Some professors on campus are aware of the site but pay little to no attention to it. They don’t see the site’s beneficial value, as some reviews may come from a biased perspective.

“I believe these rating systems are of limited value because they tend to measure popularity more than instructional effectiveness,” Michael Soupios, professor of political science, said. “Also, l suspect some students allow a poor grade to impact their assessment which mixes apples and oranges.”

Some professors claim the site is of no use to them and has no impact on their way of teaching. Some even encourage fellow professors to pay no attention to it.

“I looked at [RateMyProfessor] years ago. And the comments praising my class, how easy and interesting it was, were matched exactly by comments saying it was tough and dull, which only supports the timeless idea that you get from college, in general, what you bring to it,” Micahel Atkinson, adjunct professor of film, said. “All in all, it would seem to have limited usefulness. Teachers certainly should know better than to pay attention to it.”

Although the website offers professors a glimpse into what may be slightly skewed opinions from former students, the website’s target audience is students.

Amanda Hartman, a sophomore speech-language pathology and audiology major, was cautious of potentially slanted reviews, but said the site offered her a sense of comfort when making course selections.

“When sifting through comments about professors, I can find some pretty positive or negative comments,” Hartman said. “Sometimes, I need to ignore those types of comments because the student is being super subjective. However, in all honesty, I’ve used the website numerous times. It has helped me find some really great professors.”

Jean Carlomusto, professor of media arts, said she values an alternate form of feedback rather than RateMyProfessor.com.

“I prefer the class reviews given to students at the end of the semester because most students in the class participate, and I’m able to get a broader range of responses” she said.

Carlomusto and Soupios agreed that students who received poorer grades were more likely to rate their class and professor.

“In the past, when I looked at Rate My Professor, I saw fewer reviews. These were more likely to be authored by students who were unhappy with their grade,” Carlomusto said.

Sam Uebel, a senior broadcasting major, disagreed with the viewpoint that only disgruntled students go through the trouble of leaving a review.

“I’ve had professors who’ve liked me and I’ve done very well in their class and still not liked the professor. Professors need to be mindful of how they treat their students,” she said.

The semesterly survey that Carlomusto referred to doesn’t include certain aspects that Rate My Professor offers, according to Soupios.

“The only thing I like about the format is students are able to add comments which they are not able to include in the instrument used by the University,” he said.

Uebel used the website to research the ratings of professors she’s never taken a course with before.

“So if I look them up, I’m looking for what could happen to me in the class for the worst case scenario, but it’s never steered me away from a course,” she said.

As for leaving a review for a former professor, Uebel said, “I’ve never cared enough, even when I probably should’ve.”