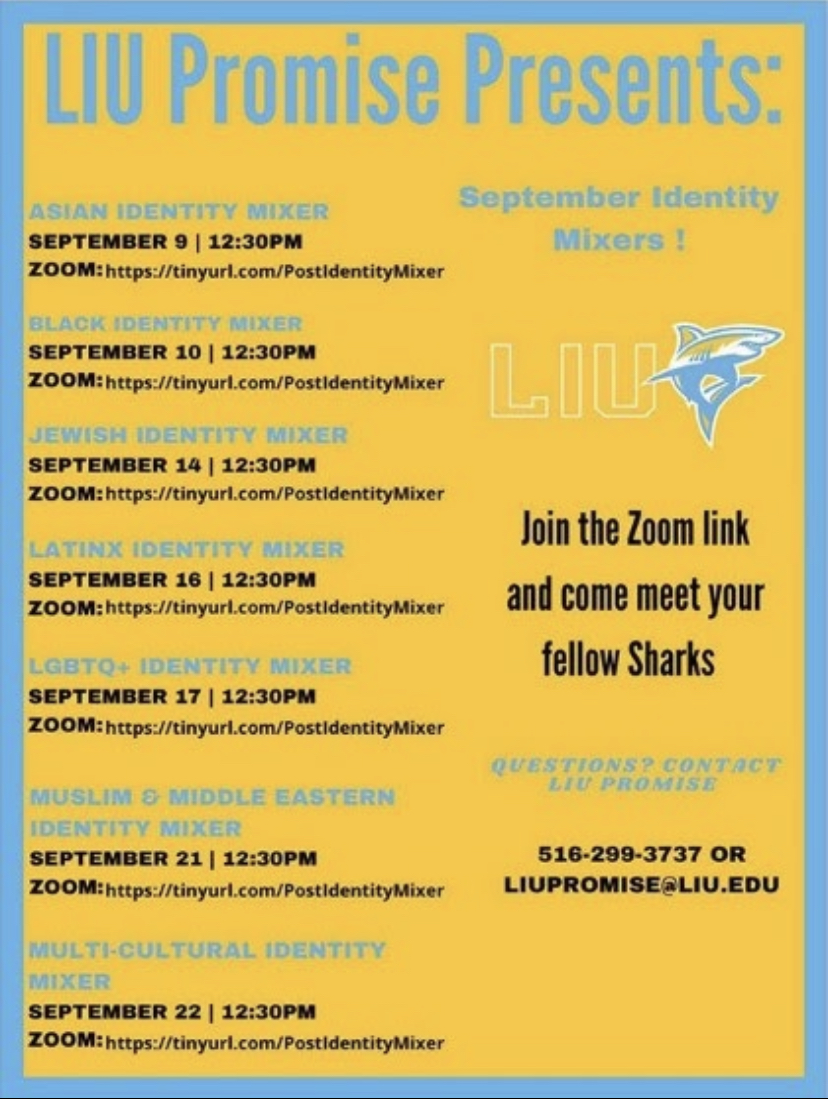 Promise has started the school year with a new program called “September Identity Mixers.” Mixers were hosted from Sept. 9 through Sept. 22 on Zoom during common hour.

Students were encouraged to join the Zoom link, and meet other students who they shared an identity with. Mixers had been specified for Asian, Black, Jewish, Latinx, LGBTQ+, Muslim and Middle Eastern, and Multi-cultural identifying individuals.

During each mixer, students were guided by Promise coach Anthony White to introduce themselves, and were then informed of upcoming Promise events related to how they identified. After greeting the students and allowing everyone who wanted to join the Zoom conference into the call, White excused himself to give the students room to talk.

Students who joined the events were given the opportunity to meet new people who they may otherwise never have met on campus.

“I’m a commuter,” undecided freshman Taryn Zdenek said. “I was just looking to connect with people who I have something in common with.” Zdenek went on to add that she ended up making a group chat with the students from the Zoom call and is hopeful about gaining some great friends from this opportunity.

Sophomore business administration major Rylie Allen also welcomed the event as a chance to get to know other students she could relate to.

“I’m living on campus in Riggs hall and I was walking in the hallway and saw a sign with all of the identity mixers,” Allen said. “[I] thought to myself I might have to try [attending one].”

Zdenek and Allen both expressed interest in participating in more events like these in the future.

“Without a doubt [I would] do it again,” Allen said.

Published in Campus Events and News