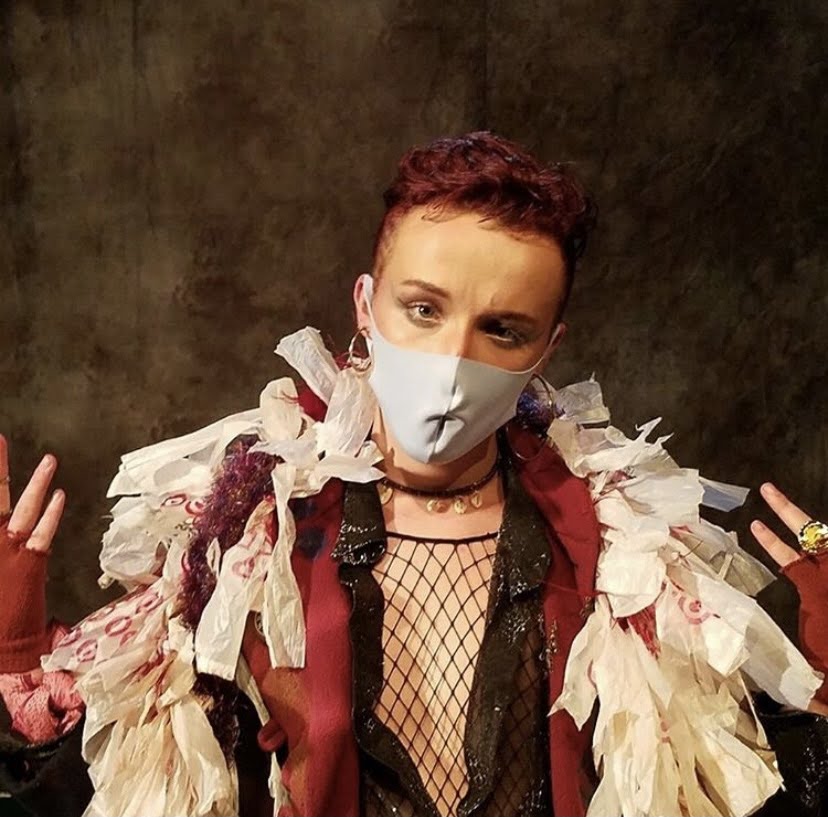 On Nov. 15, the cast and crew of Post Theatre Company’s (PTC’s) “Polaroid Stories” had their final day of filming. The show began rehearsing in Oct., and filming began on Nov. 6.  Over the past few weeks, the cast of the show has been engrossed in rehearsals and filming, and they’re now excitedly awaiting the screening of their show. The show’s virtual premier will be on Friday, Nov. 20.

““Polaroid Stories” tells the tragic and loving tales of classical Greek mythology through the lens of homeless street youth,” said senior musical theatre major, Jack Mannion, “we cannot wait to share it with everyone.”

Actors in the show have been enjoying their work on “Polaroid Stories” since their process began in October: “The first table read we had was just shocking.” said sophomore acting major, Dylan Zak,   “I couldn’t believe how much fun it was, and it only got better.”

Out of precaution for COVID-19 however, “Polaroid Stories” had to alter their rehearsal process from what is typical for a PTC Show.

“We ended up moving our rehearsal process to Zoom for a few weeks when cases spiked,” said Mannion, “as creatives, it is our job to innovate new ways for our art to come alive.”

In fact, the cast and creative team were able to take advantage of their remote work.

“We found beauty in the struggle, and many beautiful ideas came out of the online process that we are now implementing into the production,” said Zak.

Filming a show was also a new challenge many cast members hadn’t encountered before: “It is a different beast entirely,” said Mannion. “The beauty of filming is you can take as many takes as you need to get it right, but there is also a double edged sword there,” they said, “sometimes it might take a ton of takes to get the scene right, and there is only so much time in a day to film.”

“It has been a true struggle to give it everything you have in these circumstances,” said Zak, “but that obstacle only made it that much better.”

With the show’s opening in only a few days, the cast of “Polaroid Stories” is excited to finally share their character’s stories with an audience.

“I play D, short for Dionysus,  the God of Wine, Fertility, Pleasure, Ritual Madness, and Theatre,” said Mannion, “It has been a wonderful challenge to step into the role of an all-knowing God and to exude the mighty confidence a God should carry.”

Many of the character’s stories are based in Greek mythology. “the audience can expect to see some familiar tales like Orpheus/Eurydice and Narcissus/Echo play out with unexpected twists and turns,” said Mannion, “all these characters stumble through a labyrinth fraught with peril in search of their deepest needs.”

Other characters live outside of Greek mythology, but intertwine the mythological stories together in the play: “I play SKINHEADboy, this character is the glue that holds the story together,” said Zak. “It truly has been a great experience working on a character that I find so much beauty and darkness in.”

With their process now behind them, the show’s cast is grateful to have had the opportunity to work alongside each other and their creative team on this piece.

“Every artist involved with the show was so understanding, it’s been quite refreshing to be able to come in with a ton of my own choices and see which ones stick and which ones need a little bit of redirecting” said Mannion.

“My fellow actors are fabulous and fantastic artists filled with marvelous ideas and NJ, our director, has been forming an image that I don’t think anybody could even imagine,” said Zak, “It has been an honor to work with such an imaginative and raw team.”