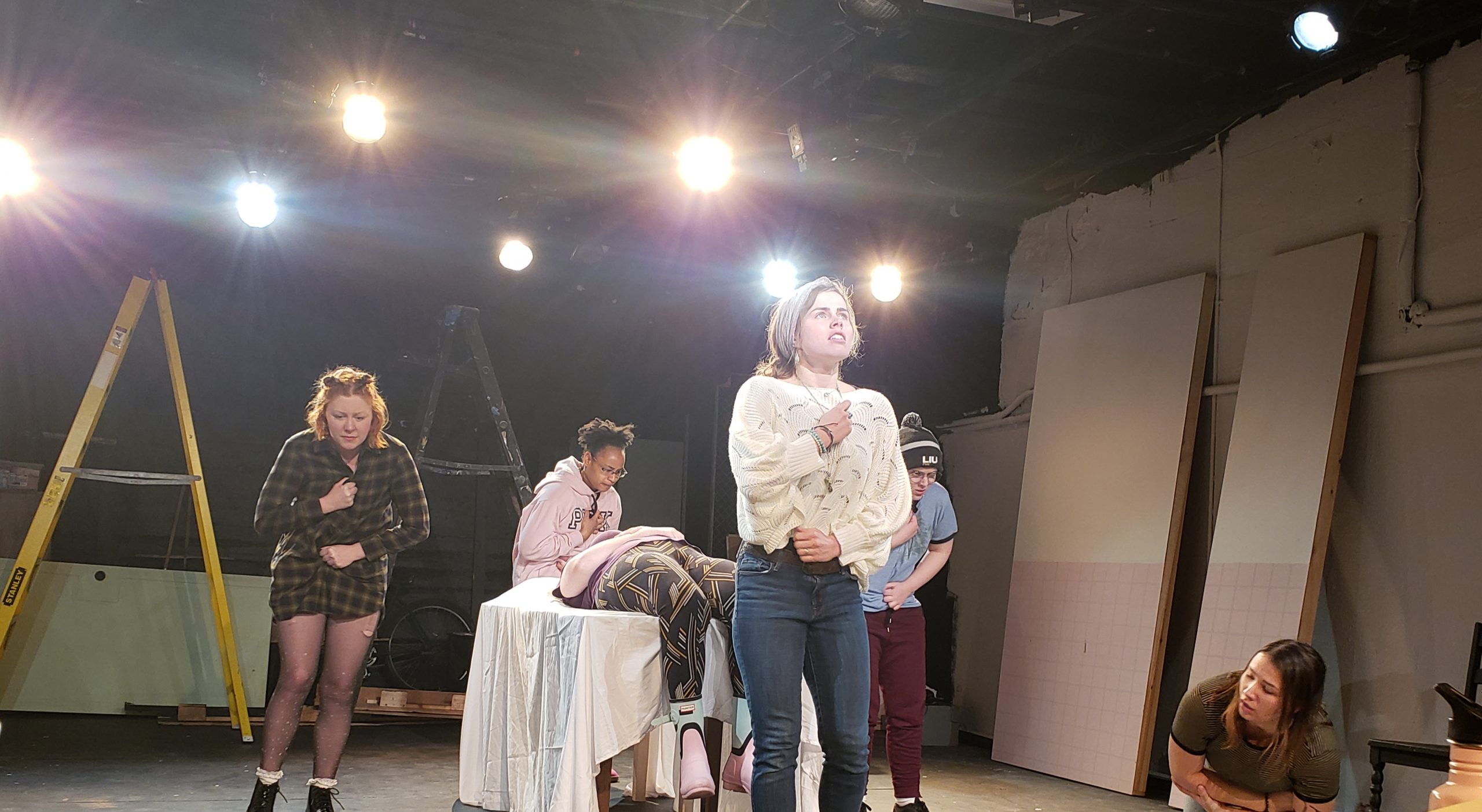 PTC Presents: One Flew Over the Cuckoo’s Nest

Students in the Post Theatre Company will be presenting “One Flew Over the Cuckoo’s
Nest,” the timeless story of a sane man, R.P McMurphy, in a mental institution run by the
controlling Nurse Ratched. However, in this production, the cast members have reversed
the roles and made Nurse Ratched the only male character onstage.

In Ken Kesey’s original story, McMurphy is a “stereotypical” guy who liberates the men
from the oppressive nature of the hospital and the manipulative Nurse Ratched who works actively to emasculate them. “We’ve genderswapped the production. The message is no longer about McMurphy coming in and ‘manning up’ the men; it’s instead, about giving voices to the voiceless,” Thea Kraus, a senior acting major who plays the role of McMurphy, said.

In this production, McMurphy is a radical feminist who is also sweet and caring, according to Kraus, who is also co-directing the production. “I love the complexities of McMurphy, and I also love how unpredictable she is,” she said.

Kesey wrote the original version of the story in 1962, and PTC’s production takes place in
1950, where oppressive gender roles were accepted norms in American society. “With this gender-swap the story has become less of a comedy and more of an exposé on female oppression and mental illness, and this was important to the cast,” Kraus said.

“In this day and age, women’s voices are being suppressed more and more. And even if
their voices are heard, they’re discredited.” Another key character is Chief Bromden, a Native American patient who narrates Kesey’s
original story. “Bromden is a woman who has been completely silenced by her society. She has been through a lot of difficult situations and has now become a woman who hides in plain sight,” Kaitlyn Piatti, a senior musical theater major portraying Bromden, said. By making herself essentially invisible, Bromden is able to avoid attention from the abusive staff.

This role is a meaningful one to Piatti. “Bromden is such an important character to me
because as a Native American woman, there are almost no roles for Native American characters in theatre,” she said. “So getting to play Bromden is a really wonderful experience for me. She is also one of the most complex characters I’ve been able to play, which is always a wonderful time.”

The play is a thesis project for eight students; they’ve been working on the show since
the spring 2019 semester. In their thesis tutorial, Kraus, co-director Logan Clingan, Ashley Bowden, Michaela Fox, Skylar Hicks, Kaitlyn Piatti, Lucy Sanci, and Alyssa Williams all did individual research for the project about their respective characters and/or technical theatre jobs in the show. “The actual rehearsals started mid-November, then we had winter break, and we started right back up on the first day back,” Kraus said.

This production will be a unique take on a classic story with aspects of the comedy and
current issues mixed in. It will explore issues of gender and equality, stigmas about mental illness treatments, as well as the systematic oppression of minority groups that highlight why the play is still relevant today.

Prior experience with the novel or film is not required to be able to appreciate the production. “It is a completely new take on the story so it is not necessary to enjoy this show,” codirector and senior acting major Logan Clingan said. “One Flew Over the Cuckoo’s Nest” will be staged in the Rifle Range Theatre from Jan.31 at 7:30 p.m. to Feb. 2-3 with performances at 3 p.m. and 7 p.m. Tickets are free and can be reserved at tix55.com/ptc.