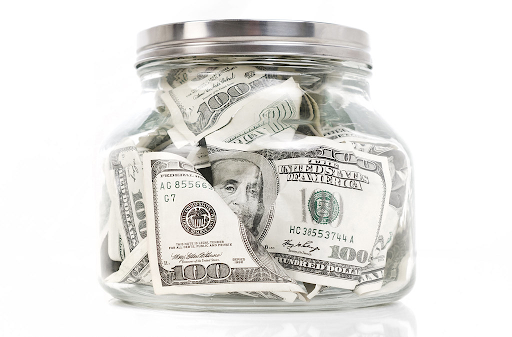 Shortly after the new year began, the U.S. Federal Reserve announced that it would be hiking interest rates to combat soaring inflation.

These rate hikes were intended to slow consumer spending, and cool inflation. Data shows that these rate hikes are not only slowing the growth of the economy, they are actually shrinking the economy. The U.S. Gross Domestic Product (GDP) dropped for the first two quarters of 2022, falling 1.4 percent in the first quarter, and 0.9 percent in the second quarter according to bea.gov.

These consecutive drops in GDP are creating worry that the economy will enter a recession, or that we are already in one. Generally, a recession is defined as two back-to-back quarters of GDP decline.

Inflation still stands high, with the August inflation report reading 8.3 percent year-over-year according to CNBC. This figure is well above the Federal Reserve’s target inflation rate of 2 percent.

This combination of shrinking GDP and rising inflation has led to many Americans feeling the pinch in the cost of living.

Junior John Jay College criminal justice major Danielle Scotto feels that inflation has made it harder to save money.

Scotto is currently living with her boyfriend, and staying at her mom’s house to save money. She and her boyfriend both work, but she explains that things are still not easy due to inflation.

“We both work about 20-25 hours a week and are full time students, but each week when we go to the food store, we can’t seem to get the prices under $100 for simple groceries for two people,” Scotto said.

Scotto says that when you combine the rise in everyday costs such as groceries, with the occasional expenses of things like car repairs, it makes it very hard to save.

“Things like bringing your car in yearly for an oil change can turn into $500 trips really easily. Birthday presents cannot be bought without spending $50. Plus with clothes shopping and other necessities it’s been really rough trying to save,” she added.

“Because of gas prices increasing it has made it more expensive for me to go to school since I am a commuter,” Witkiewicz said.

Both Scotto and Witkiewicz say that they are worried about a recession in the wake of this news.

“I don’t think that our current economic state would be considered a recession, but we could be leaning in that direction. Because of inflation and the increase of prices all over, people may want to stop using or buying certain products. This could lead to higher unemployment rates,” Scotto said.

Witkiewicz believes that we are already in a recession.

“Things cost more but the wages are not keeping up with inflation,” she said.

Students are also thinking about the lasting effects of a recession.

Witkiewicz says that one of her fears is that the middle class will disappear.

Scotto says that she is worried about unemployment in the wake of a recession.

“Unemployment worries me. What if the amount of jobs needed shrinks, and there are too little jobs out there for everyone?” she said.

Unemployment was one of the lasting effects of the Great Recession of 2008. Unemployment peaked at 10 percent in 2009, and still stood high at 8.1 percent in 2012, according to the U.S. Bureau of Labor Statistics. For context, the current U.S. unemployment rate is 3.5 percent.

The Federal Reserve will be meeting on Sept. 20, and due to surging inflation rates, many are expecting yet another Federal Funds Rate increase.

Students are worried that if a recession drags on, their post-college plans will be disrupted.

“I’m worried about finding a job after college. I’m afraid that I will graduate from college and go into a world with no jobs that need me,” Scotto said.