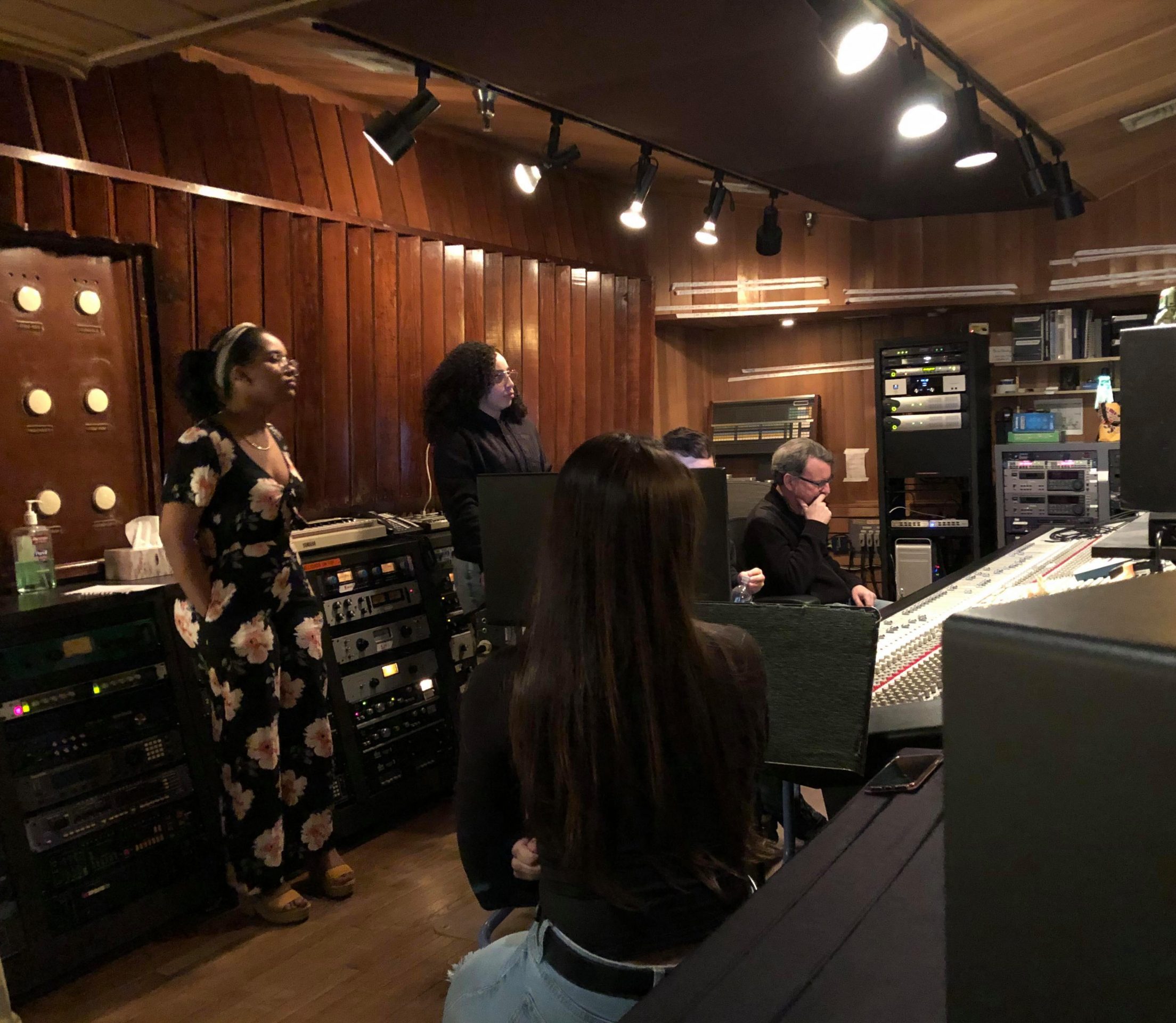 Students wishing to share their music with a wider audience might have their chance as Deep End Entertainment Productions joins the campus community.

Deep End Entertainment Productions is a record label that will exclusively sign students on campus. This will give students an opportunity to record their original music, distribute it on a digital platform and market it both on and off campus.

The idea to start an on campus record label came out of a new undergraduate major, the Music Technology, Entrepreneurship & Production (MTEP) program. The MTEP program teaches students to create, produce and market their own music, according to Jeffrey Lederer, the director of jazz studies and coordinator of the MTEP program.

In addition to featuring student artists only, the label is also run by students. Students are in charge of recruiting artists, creating contracts for them to sign and advertising the projects that the label is working on.

Lederer said that Deep End Entertainment Productions is ran similarly to how other record labels operate.

“We’re doing a school project but everything we are doing is what actually happens in the real world,” he said.

Kelly Montenero, senior arts management major, and Kat Montenero, a sophomore attending Five Towns College, better known as “Kelly & Kat,” recorded “Get Out of my Head.” The song is about trying to move on when you can’t stop thinking about someone.

Kat Montenero wrote the song with simple lyrics, but wanted to express the complexity of the situation through other means.

“The technicality behind it comes in with the guitar and the harmonies, so it was definitely fun to write, just like a lighthearted moving on song,” she said.

“It’s not about anyone specific, but it’s a song written from the point of view of someone who is sad over the love of their life moving on after they’ve broken up,” Jean-Louis said. “They’re reminiscing on the good times they had together and wishes so badly that they could go back.”

Nicholas Barone, junior MTEP major, recorded a song that featured no lyrics and was made up almost entirely of his trumpet playing. A drum track was added on to the song which was a last minute decision during the recording session.

The musicians were both enthusiastic and anxious to be able to record in a professional studio.

“It was honestly a lot of nervous excitement because I was excited but at the same time I was like ‘oh my gosh this is actually happening’,” Jean-Louis said. “I was trying to just hype myself up, but not freak out because I’ve never done it before.”

Some musicians also described the recording process as feeling different from when they normally perform.

“It’s like a different energy,” Kat said. “Since it’s going to be there forever you want the most emotion that you can have at that moment.”

Kat also described the recording process as being similar to an actor on a movie set. Once the director yells “action,” the actors need to get into character, the same way musicians need to prepare when they are about to record.

Some of the student musicians have recorded in professional studios in the past, but for some of them, this opportunity offered an exciting new experience.

“It was a dream come true,” Jean-Louis said. “If you asked me a year ago if I would be doing this, I wouldn’t have said yes because I had no idea. I want to pursue a career not only in performance but songwriting as well, so the fact that we have this opportunity is really big and really special to me.”

Deep End Entertainment Productions’ debut album will be released on music streaming platforms in April. Students interested in the album, or any future work by the label, can follow them on Instagram @DeepEndEntertainmentProduction or email them at deependentertainmentproduction@gmail.com.