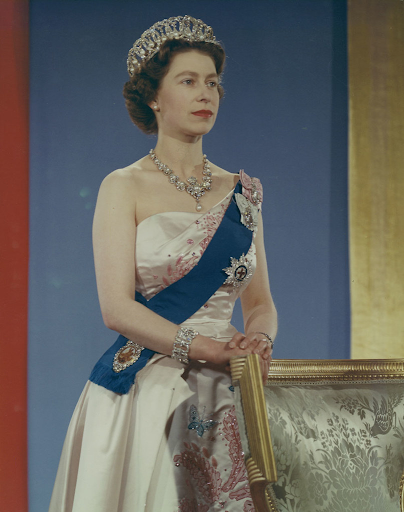 Queen Elizabeth II peacefully passed away in her sleep at her Scottish estate on Thursday, Sept. 8, 2022.

The Queen came to the throne in 1952 at the age of 25 due to her father passing away from coronary artery disease. Queen Elizabeth has been the leader of the royal family for 70 years, making her the longest reigning British monarch ever.

“The Queen’s legacy will live on forever. At 25 years old, you are just starting your life. Then imagine being told you will be the next ruler…The Queen. I think it’s really admirable,” junior SUNY Oneonta psychology major Caeley Curran said.

Queen Elizabeth II has lived through the many major events that occurred in the world. She had met with the last 13 U.S. Presidents, appointed 15 U.K. prime ministers, witnessed women receiving the right to vote, the second World War and the creation of the Universal Declaration of Human Rights.

“The death of my beloved Mother, Her Majesty The Queen, is a moment of the greatest sadness for me and all members of my family,” the king said in a recent statement. “We mourn profoundly the passing of a cherished Sovereign and a much-loved Mother. I know her loss will be deeply felt throughout the country, the Realms and the Commonwealth, and by countless people around the world.”

Camilla, his second wife, will be known as queen consort.

Now with Charles as King, this is the last time many of us will see a Queen of the U.K. The family line after King Charles, is his first born son Prince William. After him it would go to his first son, Prince George. It is not until after Prince George where we would have a queen again, Princess Charlotte, the second child of Prince William. However, if and when Prince George has children, those children will be ahead of Princess Charlotte in the line of succession.

“Since forever this was always a man’s world! Queen Elizabeth proved that a woman in power can be an amazing leader. I hope that one day we’ll have a woman for president. We’re moving in the right direction since we have a woman vice president,” said Catherine Torres, Junior at Molloy College.

A lot of Britons don’t love King Charles but they don’t dislike him either. Many of them are still holding a grudge against him due to him cheating on Princess Diana of Wales. This is making Britons question his ruling. He is already doing things differently than his mother. Queen Elizabeth II never gave a press interview in her life, but King Charles has spent multiple hours speaking to the British Broadcasting Corporation (BBC) in 1990.

“I don’t know much about Prince Charles except for the fact that he cheated on Princess Diana. She truly deserved better. It’s always going to be hard to trust someone again after committing adultery so who knows if he’ll pull a stunt like this again or something even worse,” sophomore psychology major Olivia Nawara said.

The Queen’s funeral will take place on Sept. 19, at 11 a.m. BST and 6 a.m. EST. The ceremony will last about an hour followed by a two minute national silence. Although she is gone, her legacy will live on forever.