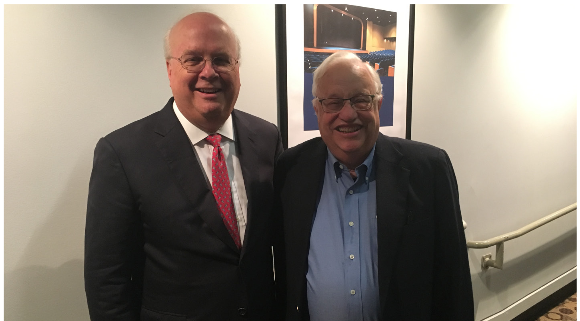 The LIU Theodore Roosevelt Institute held their first academic conference from Sunday, Oct. 27 to Wednesday, Oct. 30, honoring the life and achievements of President Theodore Roosevelt on the 100th anniversary of his passing. Over the course of four days, over a dozen sessions were hosted by 20 speakers with nearly 1,000 attendees on campus.

The event was organized by Chairman of the Theodore Roosevelt Institute and great-grandson of President Roosevelt, Tweed Roosevelt. “We owe a great thanks to Tweed Roosevelt,” Dr. Kimberly Cline, university president, said. “We look forward to developing further symposia and academic conferences in the future.”

The conference kicked off on Sunday, Oct. 27, with a Roosevelt Film Festival. From 12 p.m. to 5:30 p.m., there were showings of “Theodore Roosevelt: A Cowboy’s Ride to the White House,” “The Indomitable Teddy Roosevelt,” and “The Wind and the Lion.”

On Monday, Oct. 28, students and members of the community were able to listen to keynote speaker, Karl Rove share the story of President Roosevelt’s beginning and his rise in American politics. Rove, who authored a book on President William McKinley, spoke about the relationship between the two presidents. He also offered insight on McKinley’s election and how Roosevelt came to be his vice president.

The conference continued with several more speakers in breakout sessions throughout the day. On Tuesday, Oct. 29, students and members of the community attended the Roosevelt Medal Presentation Dinner, where Governor Andrew Cuomo, though not in attendance due to an emergency, was honored by Tweed Roosevelt and Dr. Cline with the inaugural Roosevelt Medal. In a description of the ceremony, Governor Cuomo was honored because, “much like President Roosevelt, Governor Cuomo’s life and experiences serve as an example to future generations that success is rooted in hard work, perseverance and dedication to core principles.”

Caroline Person, a freshman fashion merchandising major and lacrosse player, attended the dinner and found the festivities to be interesting. “Getting to meet all these new people has been a great networking experience and I’m happy I got to do it alongside my teammates,” she said.

The conference concludes on Wednesday, Oct. 30, with four breakout sessions from 9 a.m. to 11:30 a.m., and closing remarks from Tweed Roosevelt. For more information about the Theodore Roosevelt Institute, visit liu.edu/roosevelt.