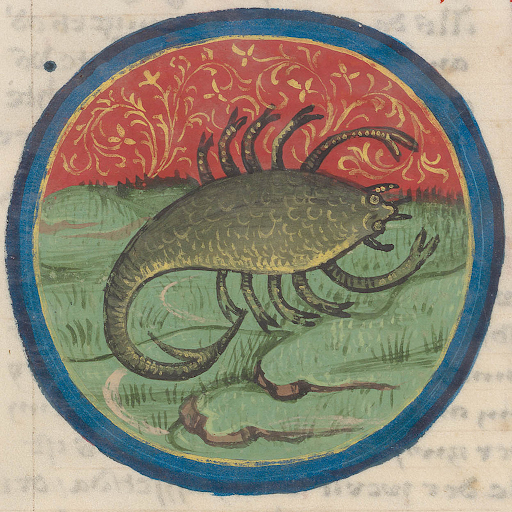 Scorpios are born from Oct. 23. to Nov. 21. It is the most common sign of the zodiac, having the highest frequency of birth in the United States at 9.6 percent. This is almost 50 percent higher than the rarest sign Aquarius, with 6.3 percent of births.

Scorpio is a water sign, sharing its element with sister signs Cancer and Pisces. Scorpios are represented by the scorpion. They are known for their reputation of being dark and mysterious, as well as closed off.

“Yeah. They’re fine. I’ve known only three scorpios. One was a weird kid in middle school who I was friends with. The other was my friend’s ex-boyfriend. One is a girl I met in college who became one of my first friends in college. I have no ill will towards any of them. I’m pretty neutral. They are pretty normal people,” sophomore English major Jay Ebhomielen, a Leo, said.

Many people say that scorpios are passionate people. This passion is expressed in good and bad ways.

Scorpios have also produced the most American Presidents of any sign. John Adams, James K. Polk, Warren G. Harding, James Garfield, Theodore Roosevelt, and Joe Biden were all born during this season.

Scorpio was tied with Aquarius for most presidents until the election of incumbent president Joe Biden, a November scorpio.

Astrology social media accounts are all the buzz nowadays. TikTok is full of zodiac sign jokes and memes, with people poking fun at the signs. These jokes usually make Pisces, Gemini, and you guessed it, Scorpio.

“We don’t suck, we just get a bad reputation for no reason. Just because we are intense, it doesn’t mean we are mean. I feel like when we are passionate, it is perceived as being overbearing and controlling,” junior journalism and theatre arts major Alyssa Spagna said.

“I always find myself surrounded by sagittarians,” Spagna said.

Scorpio and Sagittarius are not compatible signs, arguing the validity of astrology.

Scorpio is the most common zodiac sign, which could contribute to them having such a prevalent reputation. Or maybe it could just be Scorpio season falling nine months after Valentine’s Day.