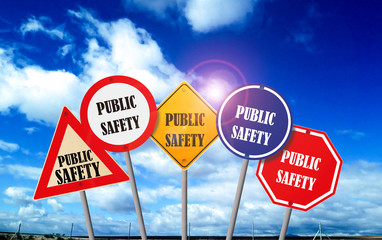 Security Heightened on Campus During Pandemic As the world continues to react to the COVID-19 situation, schools in affected areas have temporarily shut down or asked their students to leave campus, but select areas on Post campus remain open for business until further notice.

While students were encouraged to return home by New York state, they were welcome to stay on campus if they wished. All resident buildings are still open for students, but with some new rules in place.

According to several emails from the school, students were informed that those living on campus cannot have any guests, even if they attend the school. On top of that, students who decide to stay on campus will no longer have access to places like Starbucks, Hillwood Cafe and Bamboo.

“Only Winnick and The Pod is open which limits my food options and makes it almost impossible to use up my dining dollars, which is pretty unfair,” Joseph Sear, a junior accounting major, said.

In Winnick, dining-in is no longer allowed and has become a grab-and-go set up. Sear isn’t the only resident who feels this way.

“Even though most buildings are closed down and the dining hall’s hours are shortened, they seem determined to keep from having to refund students,” Aren Antreasyan, a senior film major, said.

Although the campus made it clear that students are welcomed to stay on campus, many students have returned home for the remainder of the semester. “The campus feels like a ghost town,” Antreasyan said. “You don’t see many people besides the janitors and occasional public safety officer.”

Other than refunds, another common concern was expressed by students who returned home or left during spring break. While the state’s mandated orders remain, some students may need to return to campus to get things they left behind in their rush to get home. Whether a resident is looking to return to their dorm, or to simply retrieve the last of their items, there are new things to consider.

Promise Director Ashley John said that when entering the campus, students must come through the west gate and display their ID to the officer at the gate. Students should also contact their resident director before they head to campus to let them know they’re coming to move out, retrieve items or move back in. Other than these minor changes, students are free to come back to campus when necessary; however, unless it is an emergency, all students and their families should stay home during this time.