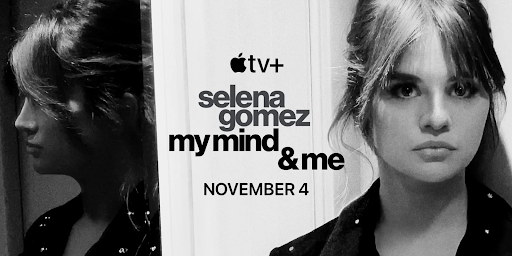 Selena Gomez debuted her documentary, “My Mind & Me” on Friday, Nov. 4. She gave viewers a close look into her life the past six years. She discussed her struggles with lupus, mental illness, and stardom.

Gomez first explained how much she loved to sing and act. She got her first job at 7-years-old on Barney. She went on about how awesome it was to get away from reality, but slowly it started to feel awful. With all of Gomez’s success, she felt lonely. Her depression and anxiety worsened as she saw her name in the tabloids. She understood that no matter how successful she was, she would always struggle with self-doubts and self-deprecation.

Fans quickly understood how after 55 performances, the Revival Tour was canceled. Her physical illness became a complete emotional breakdown, leading to an episode of psychosis in 2018. Gomez sought help to understand her ongoing spells of anxiety and depression. In 2019, she was diagnosed with bipolar disorder.

Fans of Gomez shared their thoughts on the vulnerability shown by Gomez in the documentary and how that shifted their perspective on celebrity culture.

“This documentary honestly reminded me that celebrities aren’t always happy. Yes they are lucky enough to have a fabulous life, but we only see what they want us to see. We tend to forget they struggle with their own personal issues,” sophomore psychology major Olivia Nawara said.

The film showed how connected Gomez is to helping those in need. She took a trip to Kenya where she visited a school that she helped fund. While being there, she met a college student who related to her struggles with pressure and self-harm. Gomez wants to build genuine connections with the people she meets to help them through their problems. She explained in a recent interview that her dream one day is to focus on philanthropic work.

Throughout the documentary, Gomez speaks about how she does not want her Disney past to define her or her past relationships either. Growing up, Gomez was always overshadowed by her previous work and fans still know her as the character Alex Russo from “Wizards of Waverly Place.” She also expressed concern with fans still viewing her as an extension of her famous ex-boyfriend, Justin Bieber.

“When am I just gonna be good enough by myself?” Gomez said.

Every show before Gomez goes on stage, she would have to check her blood pressure because if it was too high she could have a stroke due to her lupus. Gomez has been struggling with lupus since 2015. As the disease progressed, her kidney was failing and needed a transplant immediately. Francia Raisa, a close friend of Gomez for 10 years, donated her kidney to Gomez in 2017.

Gomez went into great detail with her health struggles in the film, but did not mention her kidney transplant or Raisa. This raised many eyebrows as to why she did not mention her. Further, in a recent interview in Rolling Stone, Gomez named Taylor Swift as her only celebrity friend in the industry. Following this interview, Raisa unfollowed Gomez and commented “Interesting” under the E! News post of her quote.

Fans were in shock of the drama that was going on and it spiraled on TikTok. One fan made a video breaking down the drama and Gomez commented “Sorry I didn’t mention every person I know.”

Fans of Gomez on campus shared their feelings on this controversy.

“I was a bit shocked that Selena didn’t go into detail about the person who donated their kidney for her. If that were me, I would honor them in every way possible,” sophomore criminal justice major Sabrina Kuvykin said. “Francia is not just a person, she’s someone who saved her life,” she added.

Viewers tune in to know more about Gomez and the hardships she dealt with. By offering the insights and struggles that Gomez went through, viewers might understand their own struggles. In the film, she spoke to many young people about the struggles they went through and how they almost took their life until Gomez helped by sharing her own experience.

“I love Selena Gomez. I watched her in “Wizards of Waverly Place” and have loved her ever since. She’s one of the very few celebrities that is down to earth and doesn’t revolve herself around drama like many other celebrities do. I believe she genuinely cares about her fans and their mental illness,” freshman veterinary technology major Lilian Ferguson said.

On her release date she gave her fans a link to redeem a code that is valid until Dec. 2 that gives people two free months of Apple TV+, giving fans the opportunity to watch her film for free.