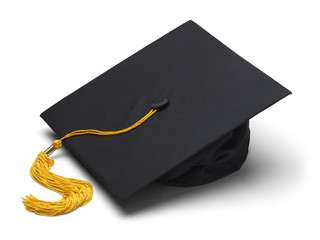 Hayley Cohen is graduating with a bachelor’s degree in business administration. Throughout her college journey Cohen has met new people, tried new things and has flourished her love for business.

Cohen got an associate’s degree in merchandise marketing from the Fashion Institute of Design & Merchandising in Los Angeles before attending Post. She originally wanted to get involved with the fashion industry, but later decided she would rather be involved in business.

Cohen’s dream is to be involved in public relations (PR) in some way. She first found her passion for PR when she participated in an internship for the PR department of David Yurman, a designer jewelry company. Cohen worked as a PR coordinator, an experience that she described as being better then any internship or job she has ever had.

Cohen’s new found love for public relations is what brought her to Post so that she could pursue her new career path. She chose to attend Post because it was highly recommended by her sister who took classes at both the Post and Brooklyn campuses and because she loved the environment of the campus when she visited it.

While fashion was her original passion, she has since expanded her horizons and is open to working in PR for any industry.

At first the transition to life at Post was a jarring one because of how different it was compared to her old school. Cohen described the student bodies of her old school and Post as being vastly different, so attending both universities has allowed her to meet many different kinds of people. Her old school was also almost entirely made up of female students, so having such a large amount of male students on campus was different than what she was used to.

Attending Post has helped Cohen broaden her horizons and try new things. “Probably one of my favorite classes I took at Post was forensic chemistry for a lab credit,” she said. “I thought I was going to hate it but it was actually really interesting.”

Cohen’s favorite experience from her time at Post was writing for the Pioneer. “I’m not too social, so it helped me get to know more people, and reach out to more people, and use my voice a little more,” she said.