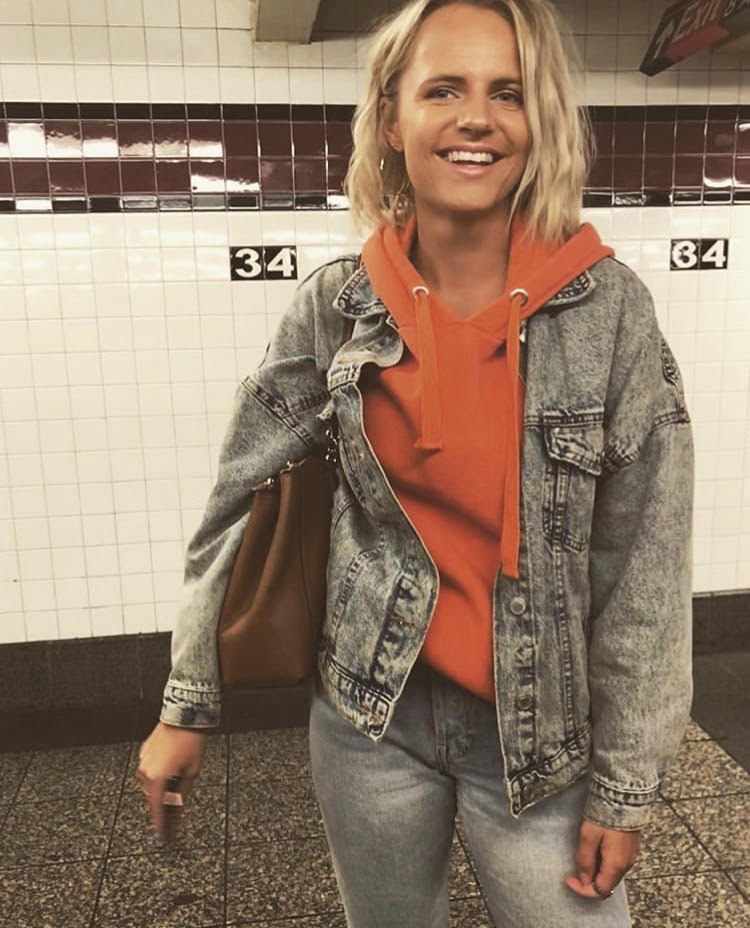 Sweden native, Ida Ynner Lagerqvist, came to Post as an accredited and talented soccer player, but left as a well-rounded, passionate journalist who hopes to one day leave her footprint in the world of journalism.

Upon graduating from high school, Ynner Lagerqvist was faced with an important decision: to stay in Sweden and choose either soccer or an education or leave her family and home and come to the United States where she could pursue both an athletic and academic career.

Post’s former women’s soccer coach Mark Dawson saw Ida’s soccer highlight tape, reached out, and Ida then realized that Post was the perfect opportunity for her to earn a degree while furthering her athletic career.

“I had never been to the US before, but New York is something you always dream of. Long Island was the perfect mix of being close to the city, but also being on the outside of the city,” she said. “It seemed like the perfect kind of environment for me to go to.”

Ynner Lagerqvist played soccer at LIU Post, wearing the green and yellow Pioneer jersey for two years. Within those two years, she saw action in 20 games, including five starts in her sophomore season. During her sophomore campaign, Ynner Lagerqvist was honored as the East Coast Conference’s Elite 19 award winner, an award given to the student-athlete with the highest cumulative GPA within the conference. However, her soccer career at Post was cut short due to the merge with LIU Brooklyn, which she says was “really hard” but she learned to deal with it.

Even though soccer was taken away from her coming into her junior year, she had other passions to fall back on, including writing for the school newspaper.

Ynner Lagerqvist joined the school paper her freshman year when a professor urged her to attend a meeting.

“And then I was stuck,” she said as she reminisced on her very first newspaper meeting in 2017.

She said the Pioneer newspaper is a great place for students to have a voice and a club she was very proud to be included in.

From starting with simply taking photos for the school paper, Ynner Lagerqvist finishes her senior year as the paper’s sports editor and a very respected journalist amongst her peers.

Freshman sports management major Andrew Scarpaci had the opportunity to work alongside Ynner Lagerqvist in his role as the newspaper’s assistant sports editor. He said that working with Ida throughout his first year as a part of the Pioneer has been such an amazing experience.

“She has always made sure I was improving with each article I wrote,” Scarpaci said. “I definitely would not be at the level I’m at if it wasn’t for Ida’s help over this past year.”

As Scarpaci prepares to take over Ynner Lagerqvist position as the sports editor next year, he said that without her, he would not be ready to take on this role and help lead the next group of writers within the Pioneer.

Ynner Lagerqvist does not have her entire life after college completely mapped out yet, but she does have a great place to start as she has accepted a job as a reporter at a local radio station in Sweden.

Moving forward, she hopes to continue to move up in the industry and obtain a job with a major Swedish television network.

“We have two big morning shows in Sweden and my dream job is to work for one of them as a reporter,” she said.

With her college experience coming to an end, Ida has her future packed with exciting plans within the journalism industry. However, she is definitely sad about the ending to a great collegiate career and it’s abrupt ending due to the CO-VID 19 pandemic. She looks forward to her next visit to the states and properly saying her goodbyes to all the friends she has made throughout the past three years.

“I was not prepared to leave America this soon, but everything will work out in the end,” she said.

Published in Senior Spotlight and Uncategorized