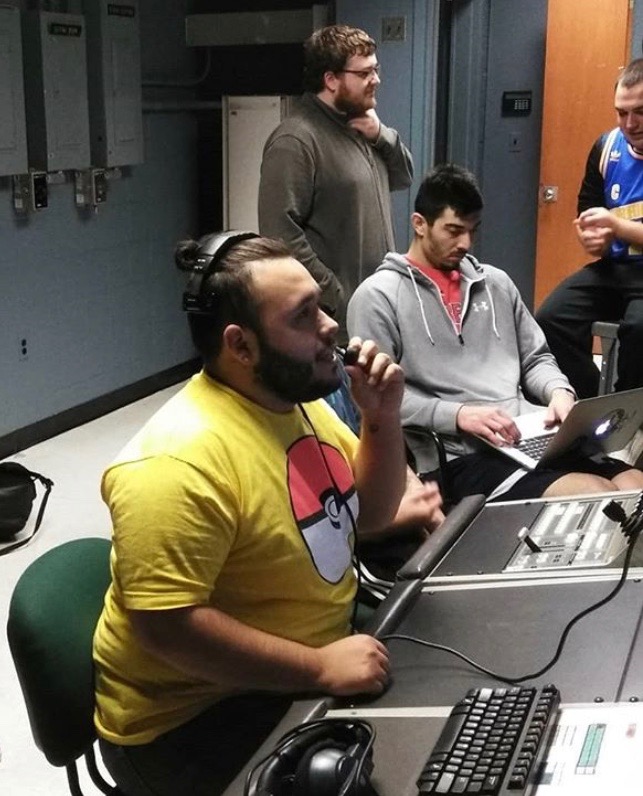 As the Spring 2020 semester comes to a close, so do many graduating seniors college careers. One student who made sure he had a memorable experience was broadcasting major Luis Viloria.

As a Bethpage native, LIU was the only other local school besides Nassau that he was accepted into. He joined the campus in 2015 and has been making the most of it ever since.

“I always like filming and was fascinated with video production and all of the behind the scenes aspects of a show,” Viloria said. “The HBO show ‘Newsroom’ had a big impact on me and was why I decided to pursue news production specifically.”

Viloria enjoyed his time at Post, and the friends that he met. He also said that getting involved with the campus news station and getting a job there was one of the best decisions of his college career.

“It was a great way to get to know all the communications majors,” Viloria said. The campus Television station, or PTV, is located in Humanities Hall, and is where Viloria spent most of his time.

A major project that he became involved with during his college career was the show “All Access Lounge.” Filming it, especially the last season, was truly special for Luis. Everyone involved with All Access, as well as broadcasting students in general, have always been about to count on Luis.

“Luis is one of my good friends, he has been there to support me in everything I do,” Ashley Damis, senior broadcasting major and a good friend of Viloria, said. “That’s rare these days, I struggled finding internships and he sat there and watched me apply to 30 internships before I could leave school and go home.”

Thanks to Viloria’s help, Damis was able to get an internship.

“He told me at least five people should contact you and they did, I finally got an internship because of him pushing me to apply. I thank him all the time because he played such a big part in my success,” Damis said. “Luis has an amazing energy and is so friendly he truly is a lifelong friend I will always have. He’s been there through so many of my journeys during my four years at LIU and I can’t wait to see what the future holds for him. Luis is hardworking and puts all of his creativity into all of his work he produces.”

Viloria touched many people’s lives while he was pursuing his career at LIU, and he will be greatly missed.

“I wouldn’t change anything, all the good and the bad helped me become the person I am today and were necessary for my self growth,” he said.