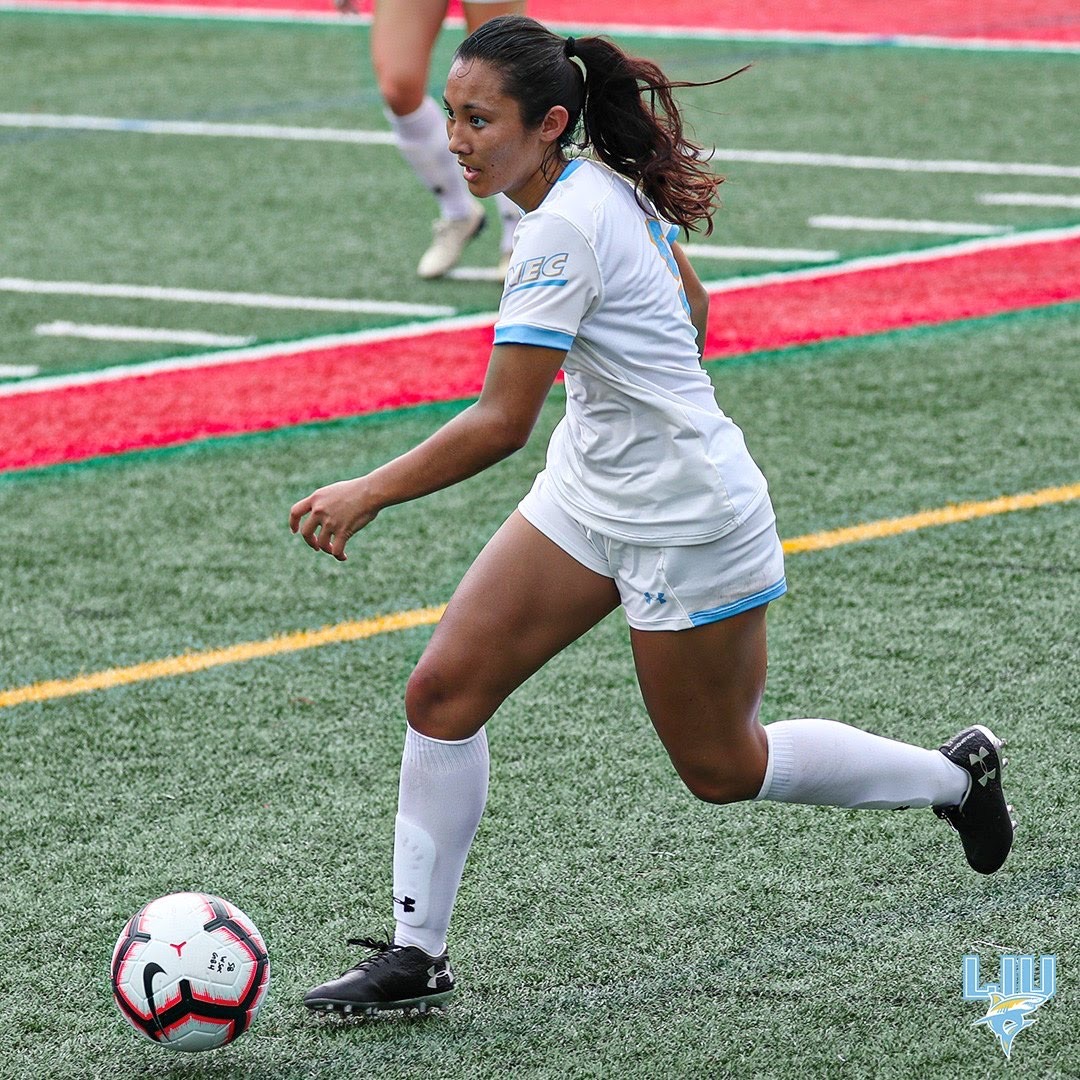 Senior psychology major and member of the women’s soccer team Tiana Ono is excited about life after college. Ono is currently in her third semester at Post, which is the third university Ono has attended. She started playing collegiate soccer in Nevada but chose to finish her associates at a Junior College in Washington after not getting a scholarship following her first year. She was recruited to play at Post soon afterward.

Ono would love to live in New York City after graduating. “I went to NYC for the first time on my visit to LIU and immediately fell in love with the atmosphere,” she said. “It enticed me to commit on the spot.”

Currently, Ono and her team can only have no contact practices. Due to this, she says it has been mostly just running and conditioning up to this point but is ultimately very excited to be back on campus and going back to the day to day life she is used to.

Ono is unsure of the status of her season, since all competition is canceled until at least winter. While it is likely that sports will be back in the near future, Ono feels it may be difficult to get all the teams playing at the same time.

“Spring athletes should get priority even if that means my sport gets canceled since all winter and spring championships got canceled last year,” she said.

While Ono was not able to play soccer because of restrictions put in place due to COVID-19, she was still able to enjoy her summer by reading and going to the beach. She also said that she enjoyed picking up surfing again, something she has not done in a while.

While she doesn’t exactly know what she wants to do with her career, Ono sees herself pursuing a career in marketing. “Marketing is a successful balance between psych and communications because you have to understand the mindset of what people want, and how to present it to them properly,” she said.