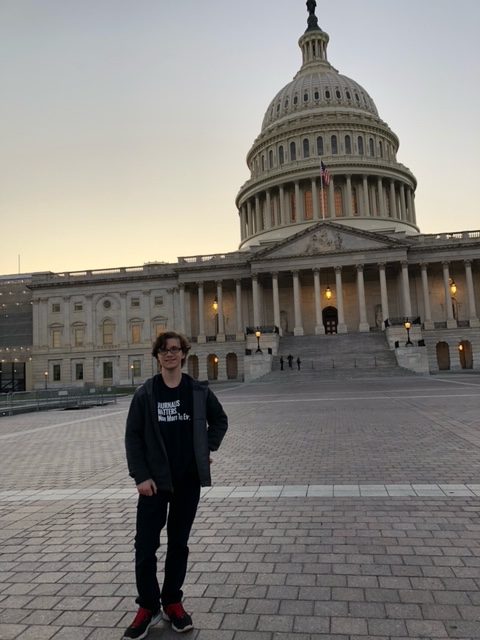 “It was a great time,” Valic said. “The campus was really pretty, and the people were so cool. I knew I had to come here.”

By his senior year of high school, Valic had toured a number of schools, but decided on Post.

“I toured other schools like Hofstra, but I decided on Post,” he said. “I knew I wanted to stay on Long Island, and it seemed like the best fit.”

Originally, Valic wanted to be a business major, but a faculty member’s recommendation changed his mind.

“I was in this communications class, and the professor suggested that I join the paper,” Valic said. “I joined and started as a staff writer. I was hooked in seconds.”

Valic then changed his major to communications, with two minors in journalism and business.

“After being a staff writer, I joined the editorial board as editor of the Features section,” he said. “Soon after, I was offered the position of editor-in-chief. It’s a little tedious to have to stay up past midnight to get the layout of the paper all set up, but it’s worth it.”

In addition to the school newspaper, Valic was also involved with PTV and WCWP News.

“This made me feel more well-rounded,” Valic said. “I got to augment my communications skills in both visual and written forms.”

During the summer of 2020, Valic held an internship with the Long Island Herald.

“COVID kind of screwed things up, trying to meet people in person and all,” he said. “But it was a great experience nonetheless.”

Valic said that he hasn’t decided on an exact career path yet, but knows he wants to stay in the field of communications.

“I’ll see where life takes me,” he said. “I’m looking to stay in New York for now, but I may look elsewhere in the future. Communication is a broad field, and there’s plenty of options.”

Valic expressed his gratitude for the support from students and faculty at Post, and who worked with him on the Pioneer.

“Without them, I wouldn’t be where I am today,” he said. “I’ve made some amazing connections with faculty and students. I’m really going to miss these guys.”

In his spare time, Valic can be found reading, writing, playing video games, and spending time with his friends and family.