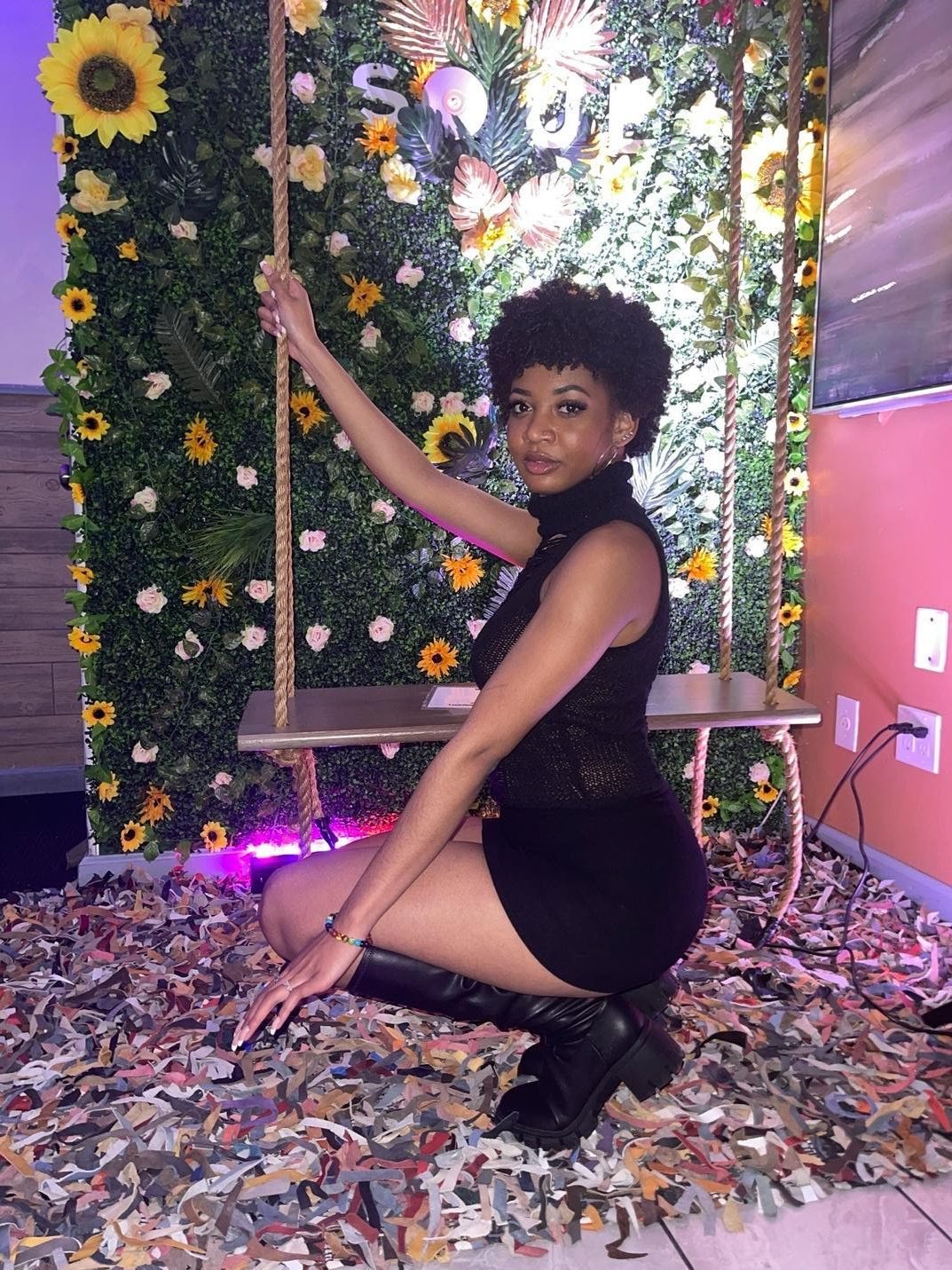 “When I was in high school, I actually wanted to major in marine bio and I think it was my junior or senior year, our school got a TV studio and I took the class and I really liked it, but I’ve always liked the news and TV and stuff like that. So, I guess the class really showed me the other side of all that and I decided to apply to schools for that major,” she said.

She feels that broadcasting does a lot to help others.

“In this day and age, I feel like it keeps people entertained and keeps people going, not even just news but radio and all types of media,” she said

Broadcasting isn’t as simple as it may seem, including many different parts to ensure a broadcast turns out successfully. One can work in sound, lighting, directing, producing and engineering on the radio side. The broadcasting major has many layers to it that she feels people don’t realize. Harrison wants to apply her broadcasting skills by being in the background of a television production.

Harrison’s dream job would be to work for CBS, because they have been more diverse lately and the network is well known. If she’s on the news or a talk show, Harrison would prefer to make content for those in their 30s and 40s. And if she were to do pop-culture work, she’d cater to people who are late teens to early 20s.

Harrison is a fan of television and has watched a lot of TV in her time. She loves HBO, CBS, FX and MSNBC. She used to like MTV when she was younger, but she finds now that it has changed too much.

Harrison prefers BBC for fair and balanced news coverage. She feels like channels like CNN are more left leaning, and that causes them not to show everything. The issue of polarization is definitely an issue in today’s political climate.

Harrison’s advice for the underclassmen in her program would be to try everything related to broadcasting, and find out what you like.

“Try everything on both sides of broadcasting. Definitely try to get an internship. I unfortunately haven’t found one yet, but I think testing everything and seeing where you can apply those skills in different areas is important,” she said.