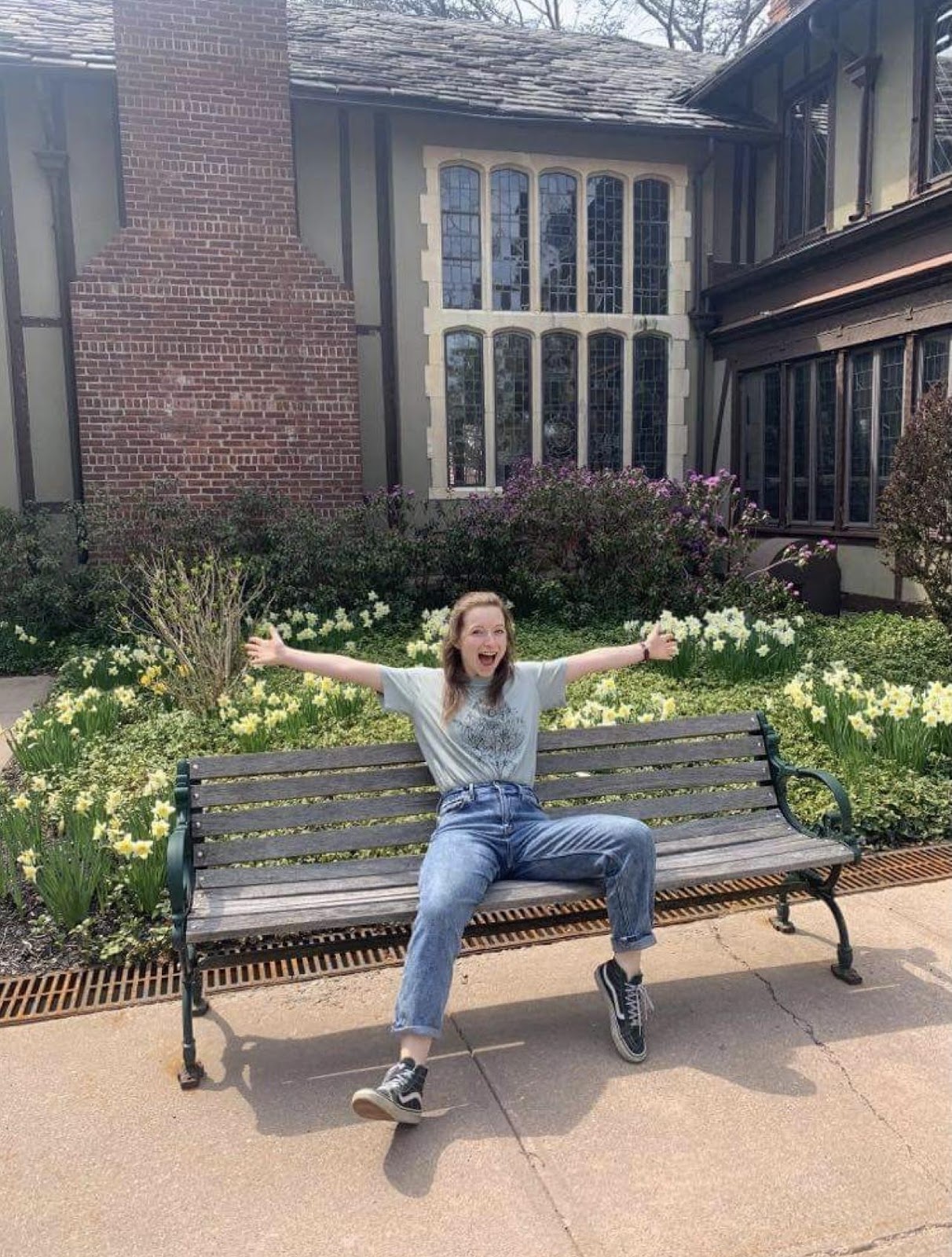 Senior directing major and writing minor Kylie Brown has done it all. She has written shows, directed them, worked at the writing center, been Co-Editor-in-Chief at The Bottom Line and more.

Originally from Pennsylvania, Brown moved to Long Island for college after visiting LIU and feeling like it was the right fit for her. “I was drawn to the approximation to the city,” Brown said.

Brown’s mother grew up on the island, but the move was far from home for her. Since Brown’s freshman year, she has worked in the writing center, and has written for The Bottom Line.

“The Bottom Line is a literary magazine and it’s a place for students to share their voices through the written word,” Brown said.

The Bottom Line accepts submissions of all genres. They feature short stories, poetry, essays of all genres, as well as art and photography.

Brown became Co-Editor-in-Chief when the graduate students who ran The Bottom Line were getting ready to graduate. “They came to the writing center staff as the most obvious choice, and me and Izzy volunteered together and it’s been really fun,” Brown said.

Brown and Izzy Petrovsky have taken over the literary magazine this year and haven’t looked back.

“The bottom line of the Bottom Line is that it’s for student’s to share their creative voices,” Brown said.

A large project Brown undertook this year was directing the full length play, “The Wolves.” Though this wasn’t Brown’s first directing experience here, it was her largest, and her favorite. The show was part of Post Theatre Company’s spring main stage season.

Brown directed a group of actors all the way up until filming, and captured the entire production on film before it was sent out for viewing.

Brown has written an abundance of material for the university. Her favorite issue of the Bottom Line would have to be the fall issue titled “Emerging.” This issue had many pieces that revolved around coming out, and emerging from quarantine.

“It had a wide range of interpretations of the work emerging, it was really special,” Brown said.

Due to the pandemic, Brown had to do more recruiting for the magazine than usual. People were spread out on account of social distancing, therefore more people came out to write than would normally be expected. People from all walks of life on campus participated.

Brown mentioned students from all over the country, even students who had taken the year off. The issue had a more diverse range of submissions than ever before.

After this semester, Brown has a few different jobs lined up. She is a freelance writer for a writing and marketing company as well as Study.com. “I’ll be doing that and some freelance work on my own as I send out self tapes to theatre companies and film projects,” Brown said.

Brown’s writing and directing skills will be missed on campus, but she will be needed out in the real world. Brown leaves the Bottom Line, and underclassmen with a final word of encouragement and recruitment.

“Anyone who enjoys writing or art in any capacity should totally feel free to come to a meeting or submit a piece, we are happy to work with you, we are just excited to give everyone a chance to share their voice on campus,” Brown said.