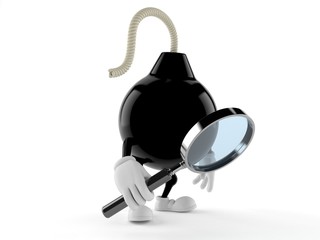 As universities around the country transition to an online format, a new problem has developed, getting in the way of students’ education. That problem is a practice known as Zoom bombing.

Zoom bombing is what is known as the hijacking of Zoom meetings by users who are not supposed to be in the session. People who invade the Zoom sessions are often malicious, using profanity and racial slurs.

CBC News reported that many of these “bombers” are causing disturbances in classes all over the world.

Professors and Zoom meeting hosts can prevent unauthorized users from entering sessions by adding a password to enter the meeting and avoiding sharing the link to the session on any social media.

Post has yet to experience any known distracting or inappropriate Zoom bombs, according to faculty.

“I don’t think we have any Zoom bombers because the students at Post are more respectful of their faculty and education than the people who enjoy things like this,” BrayLynn Willis, freshman musical theatre major, said. “We don’t have time to mess around like that if we want to get the most out of our spring semester.”

Sarah Henderson, freshman pre-veterinary technology major, thinks that students who now take high school and college classes online have a hard time taking work seriously because they are at home.

“Virtual school is just so distracting compared to real classes. Students pay to be in a more professional environment,” she said. “Also, the added anonymity lets people do whatever they want.”

While Post does not have any known harmful Zoom bombers, classes online are not taken as seriously as they were on campus by some students.

“In some of my classes, students get really off topic in the chats,” Henderson said. “Also, most of my classes don’t use cameras and everyone is muted, so some of the other people will not be paying attention … It’s annoying because the professors are trying to get used to the technology and still teach too.”

Willis agreed with Henderson that students are a lot less interested than if they were being instructed face-to-face.

“You can tell when people are on their phones and aren’t engaged in class,” Willis said.

Despite the distractions, Breanna Sheivdayal, a freshman biology pre-medical major, thinks that Zoom classes are as efficient as they can be.

“It’s everyone’s best option right now,” Sheivdayal said. “And people will act up whenever they can, it’s super uncalled for and disrespectful because teachers and students alike are putting in the effort to attend online classes and people who don’t take it seriously are taking away from others’ learning.”

Sheivdayal said she thinks Zoom bombers will get bored soon, or teachers will learn to take more precautions to keep unauthorized users out of their class meetings.

“Maybe professors should try to keep classes more engaged too,” she said.

“They could make it a requirement for students to participate at least once in a class if they feel that people aren’t paying attention or are disrupting the class.”

Willis also believes that professors should take action to improve Zoom classes rather than speculating on Zoom bombers and class inattentiveness.

“Focusing on how to make Zoom classes better is more beneficial for the learning community than making videos of Zoom bombers for people to make a joke out of on social media,” she said.