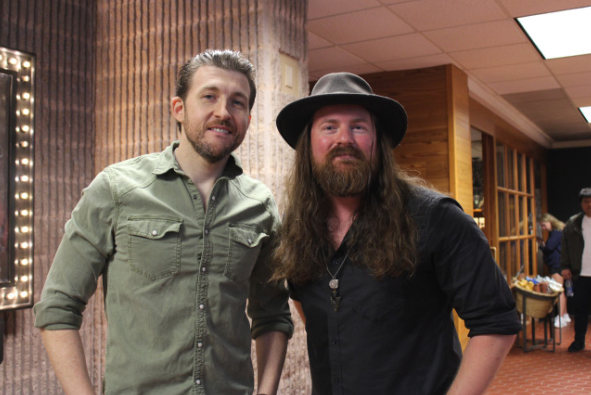 The Student Activities Board opened first Coffee House event of the semester with featured artists Stolen Rhodes. A Philadelphia based duo, Stolen Rhodes creates Americana style music; they also do covers of popular songs. They performed for students and passerby during common hour in Hillwood Commons on Tuesday.

Stolen Rhodes began their music careers in 2014. They decided on their name after someone stole their Rhodes keyboard. “Now it’s an inside joke among musicians,” one of the musicians said. The duo tours across the country to various festivals. They have also performed in Europe and in the Bahamas on cruise ships.

Students gathered in the Hillwood Commons lobby to enjoy the live performance. “They’re great. I like that they’re from Philly,” said freshman biomedical sciences major Madison Eppers. Eppers and her friends watched the performance while also working on class assignments.

“It’s not too loud and they make great background music for working,” Eppers friend, Supino, a freshman psychology major, said. Many students in the audience said they would come to another Coffee House since it is in a “nice central location” and provides a comfortable atmosphere.