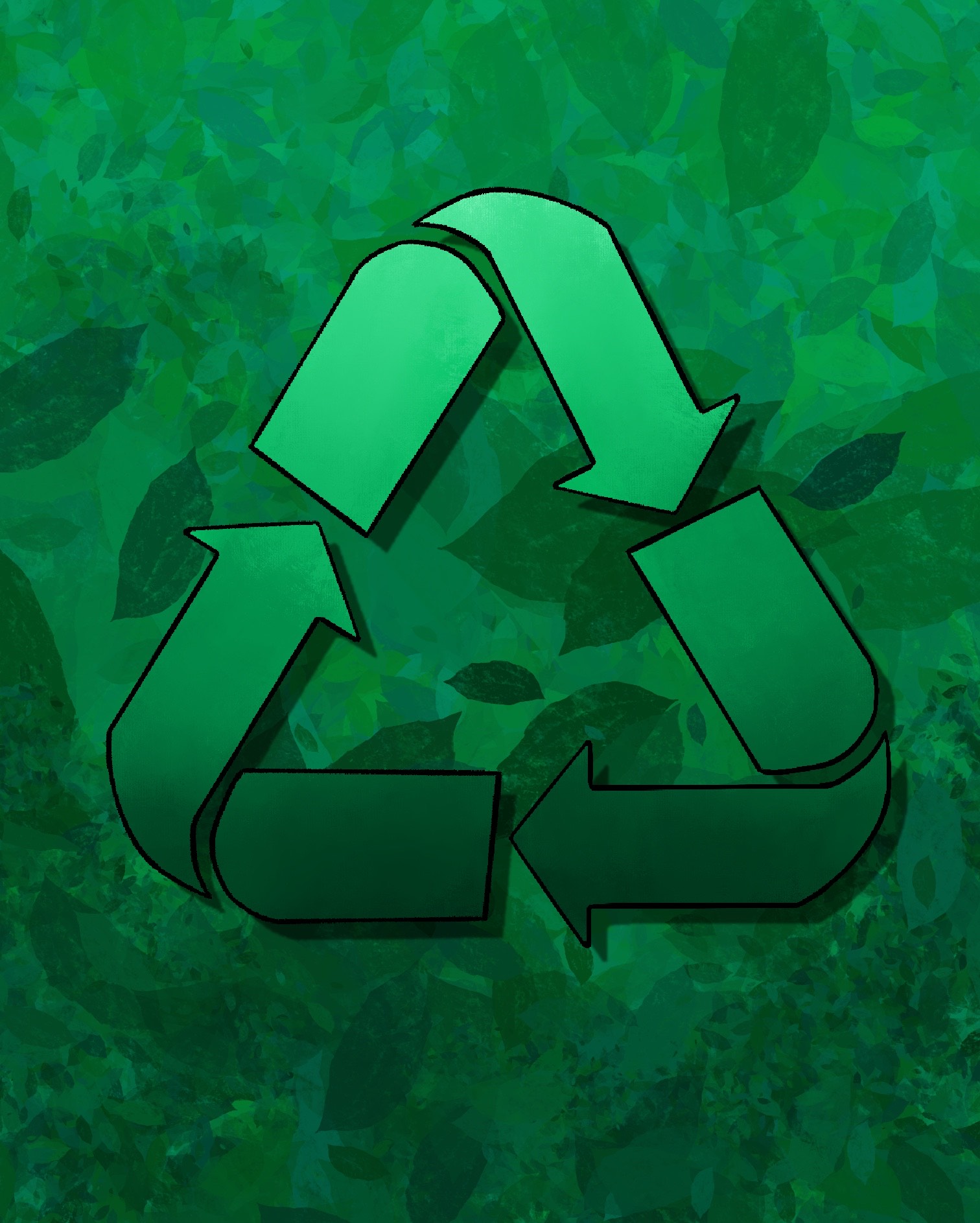 There are some students on campus who are largely concerned about the health of our planet, and one thing they can do to help is recycle. However, some students have noticed a lack of recycling bins, especially in the dorm buildings. As a result, some students may be wondering whether recyclables are collected on campus at all.

In Post Hall, the only recycling bins in the first floor trash room. Mattew Sporrer, a sophomore theatre and international relations major and RA in Post, was upset by this. He regularly recycles when he’s at home in Illinois, but he has found this task difficult since he came to live on campus.

“I think campus should bring recycling into more public places, like Hillwood and Winnick where it serves the whole community. Not just tucked away in some corner for only residents who know it’s there,” Sporrer said. He also thinks that if recycling is an inconvenience, then people are more negligent to do it, including himself. He concluded that if the campus makes the issue more known, then people are more likely to try recycling.

Alyssa Spagna, a freshman musical theatre major, is also concerned about the difficulty of on-campus recycling. She routinely tried to recycle but found it complicated to do. She lives in Queens Hall where there is only one recycling bin in the lobby. “There should be at least one on each floor of all of the freshman buildings so it is not a mystery to find,” she said. “Having recycling bins in sight on campus is another simple task that this university is failing to complete.”

One student took it upon himself to help make a positive difference. Louis Copertino, senior public relations major and RA in Riggs Hall, completed a recycling program in his dorm. Copertino aimed to raise awareness regarding recycling amongst students. “I was planning on taking the money from the recycled bottles and cans to donate it to Relay for Life,” he said.

One of Copertino’s personal priorities is taking care of the environment, so recycling is very important to him. “I was outside the RA office encouraging residents to donate and recycle for some chocolate, candies, and a conversation with RA Louis,” he said.

The resident directors in Post Hall and Promise staff members did not provide any comment about the matter.