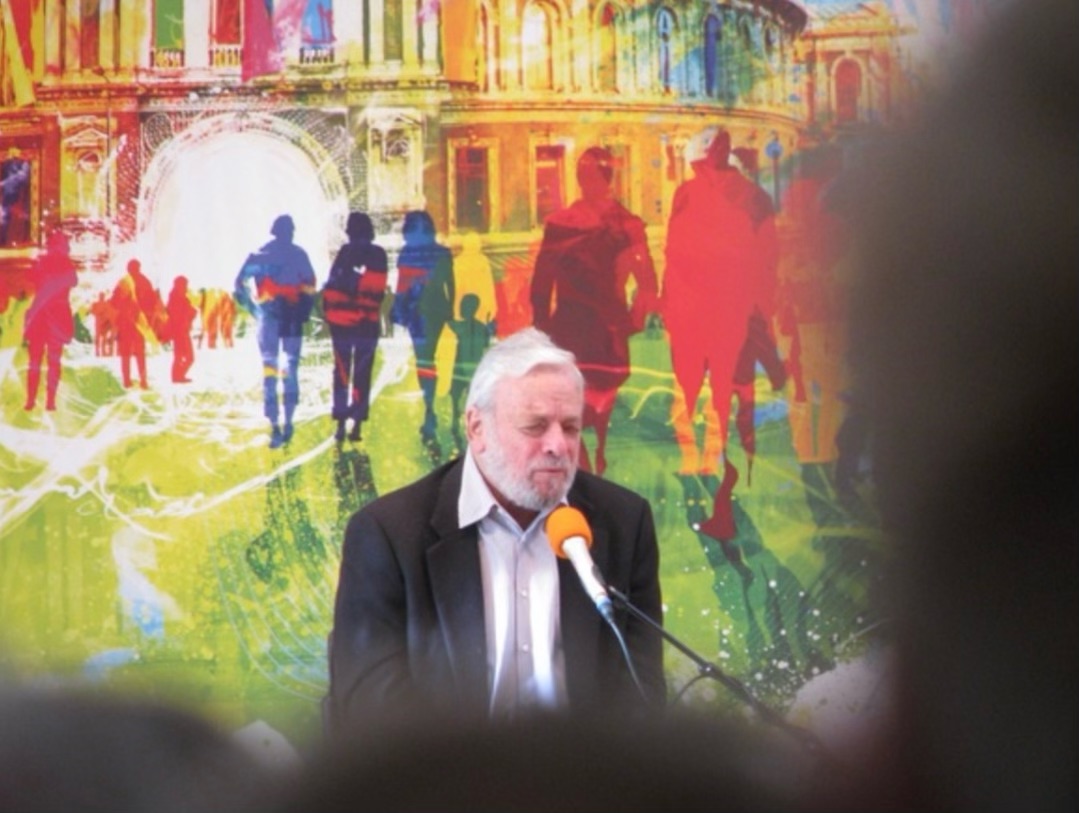 Students on the life and legacy of Stephen Sondheim

Legendary composer and lyricist Stephen Sondheim passed away at age 91 on Nov. 26.

Sondheim was one of musical theatre’s most revered and beloved composer-lyricists of the 20th century – receiving acclaim for reinventing the American musical. His work was known for exploration of the human psyche and tackling complex ideas related to the large human experience.

Students on campus were very fond of Sondheim and his work; his death was very saddening and came as a shock to some.

“It was one of those things where you knew it would happen eventually but not so soon,” sophomore musical theatre major Laura DeGraw said.

Others shared similar sentiments of disbelief at hearing the news of his passing.

“I was simply just shocked. […] It’s something that came so suddenly and it’s unfortunate he didn’t get to live long enough for the world to be opened after covid but at least the theatre world was mostly open,” senior musical theatre major Jade Burns said.

Sondheim wrote the lyrics and composed the music for many musicals throughout his lengthy career – his best-known works include “West Side Story” and “Company.”

His works have a lasting legacy and many were warmly received by his supporters and critics alike. Sondheim’s accolades include eight Tony Awards and eight Grammy Awards.

Students on campus shared various opinions and reasoning for their favorite of Sondheim’s works.

“My favorite show is either “Sweeney Todd” or “Into the Woods.” “Sweeney Todd” was the first musical I saw by him […] my favorite song is “Roses Turn” from “Gypsy” […] the song is bold and brassy and the character finally had her moment, it’s so amazing to watch,” Burns said.

“I love “Take Me to the World,” it’s such a sweet song. I love the way it’s written and composed. […] My favorite show is “Into the Woods.” The storytelling is so clever, especially the way he ties the characters into the songs,” DeGraw said.

The uniqueness and complexity of Sondheim’s music is something that helped launch him into legendary status. Students on campus share in this appreciation.

“He’s just so clever with his use of music. None of his works are carbon copies of each other. […] He was always exploring what musical theatre could be,” DeGraw said.

“His music is just so unique to him; he has his own feeling to his music,” Burns said.

Sondheim’s work is influential to musical theatre as a whole on a large scale but also to the lives and careers of individuals. Students on campus credit Sondheim with igniting their love for musical theatre.

“Sondheim is the reason I’m doing musical theatre. […] I fell in love with his characters and stories and ability to take outlandish ideas and make them human and real […] If I ever questioned doing musical theatre I would relisten to his music and there was nothing else that made me feel the way his work did,” DeGraw said.

Other students shared similar sentiments of the importance of Sondheim’s work to their personal career choices.

“There was something with musical theatre that wasn’t entirely there but with Sondheim’s work […] I knew I wanted to do musical theatre because of his work,” Burns said.

Though now revered as a legend and icon in the theatre world, this has not always been the case. A lot of Sondheim’s works were initially box-office failures and didn’t receive much commercial success or love from critics.

A common critique of Sondheim’s work early on was that it was too austere and cerebral for mainstream culture – sometimes even being labelled dark.

Students on campus share their thoughts on Sondheim’s work pushing the boundaries of musical theatre and as a result dividing opinion.

“I think that when he was first making music it was definitely a point in time when musical theatre was stereotyped into a box as happy-go-lucky; white picket fence; American dream. What Sondheim did was talk about issues that weren’t being talked about. […] I wouldn’t say it’s dark, I would say it’s raw emotion and attention to details that wasn’t normally seen in theatre. […] he really knew how to get emotion out of the characters he wrote,” Burns said.

Others shared similar thoughts of Sondheim’s work challenging the musical theatre norms of his time.

“He did what felt authentic to him and he didn’t care about pleasing critics. […] His work reflects real life and life isn’t always sunshine and rainbows. He approaches it all with such grace,” DeGraw said.

Sondheim’s impact on the musical theatre community and the lives of the people in it will be remembered and celebrated for decades to come.