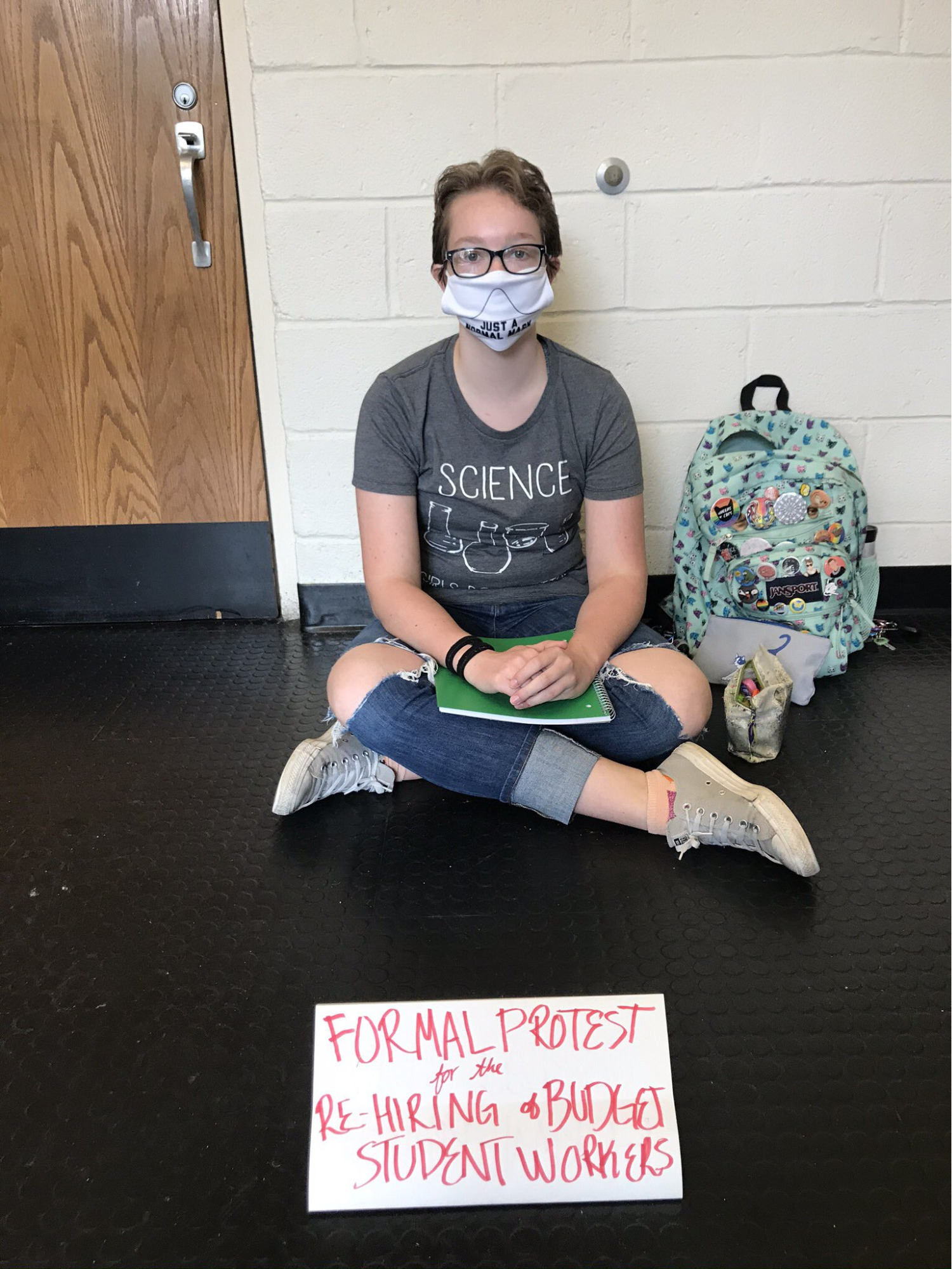 Students Outraged Over New Work-Study Only Policies For Campus Jobs

Students who are not eligible for work-study at Post have been restricted from working on campus as of the fall 2020 semester. This has created a lot of friction between students who previously had jobs on campus and were unable to return, as well as students who now want jobs, and the administration.

Senior psychology major Shayla Harris has been protesting the school’s decision since October., when she was let go from two campus jobs that helped her career and her financial obligations.

“So, before the beginning of this year, I was working in the psychology department as a statistics and methods tutor [where I was] paid above minimum wage, and for a professor in education as a research assistant [I was paid] above minimum wage with the promise of co-authorship on articles in professional journals, which is huge for an undergraduate student. I had 17 hours of work per week, which is the maximum for students. In September, Dr. Frye [the professor I previously worked for] was having a hard time re-hiring me, so I was still working solely for my boss in education 17 hours a week. But sometime around the beginning of October, we find out that I’m not going to get paid because [the school] fired me back at the beginning of the school year, and somehow failed to tell my boss,” Harris said.

“It was very easy to convince them to pay me because it would have been too obviously illegal for them to not have paid me for the month that I worked. It was at this point that I started protesting outside of Dean Bowditch’s office,” she said. “During this time, I wrote a letter to Ed Weiss explaining exactly how this policy to not hire budget students was affecting me, and perpetuating the systemic age-based discrimination in FAFSA, which got Bowditch in trouble for allowing me to be a free person.”

After the administration saw Harris’s attempts to regain her positions on campus, Chief of Student Affairs Michael Berthel held a Zoom conference with Harris.

“He said that I would not have a job on campus ever again because I did not have work study, and I needed to calm down about that, which I found to be such a cool thing to say to someone who’s just lost all of their financial security due to a policy that you were complicit in,” Harris said.

Harris used the money from her campus jobs to pay for food and rent. Eventually, the school allowed her to work for minimum wage as a tutor again.

Harris believes that this is due to the fact that the school has had a difficult time filling positions after letting go so many budget students.

“I wanted a tutor [for a chemistry class]. It took until about November or late-October, I want to say, for someone to realize that they needed to hire people to be tutors based on their qualifications rather than how little they could be paid. So, I finally got a chemistry tutor about five weeks too late, and I ended up dropping the class,” Harris said.

“I want to work in the PTC costume shop because costuming is outside my major, but something I am still interested in,” she said. “I can’t get the experience that would benefit me after graduation because I don’t have work study.”

Like many campus residents, Willis is unable to work off campus, because she does not have access to a car to get there.

The hiring process has also become an issue for businesses on campus. Like Harris’s issue with not being able to find a chemistry tutor, The Student Body Boutique (SBB) has had difficulties filling sales associate positions.

“[The Boutique has used] word of mouth, the SBB instagram and sending out flyers via email: these have been the most successful ways we’ve let LIU students know we’re hiring,” freshman fashion merchandising major Anna Johnson said. “Zoom meetings have been conducted all year in order to have interviews with SBB applicants.”

Even though she is the store manager, Johnson does not get paid for working at the SBB because she does not qualify for work study.

“It’s really frustrating, if I’m being totally honest,” Johnson said. “I work in the Student Body boutique as the store manager, a position that I’d normally be paid for, a position that I feel I should be paid for. I essentially do most (if not all) of the hiring, training, scheduling, and communication between staff and eboard. And yet, I’m not paid.”

It took the SBB almost an entire month to hire three new sales associates due to the restrictions of who could apply.

Some students believe that the university is using the pandemic as a cover-up for not wanting to hire more students.

“If the university is okay with in-person classes and forcing their faculty to teach in person despite the risks to their health, I doubt how much they actually care about reducing the spread of COVID; it doesn’t affect them because they never actually see students,” Harris said.

Willis agreed that while it may seem like a good way to reduce coronavirus cases on campus, it is ultimately ineffective.

The Pioneer reached out to Promise asking for more information about the situation, but no response was received.