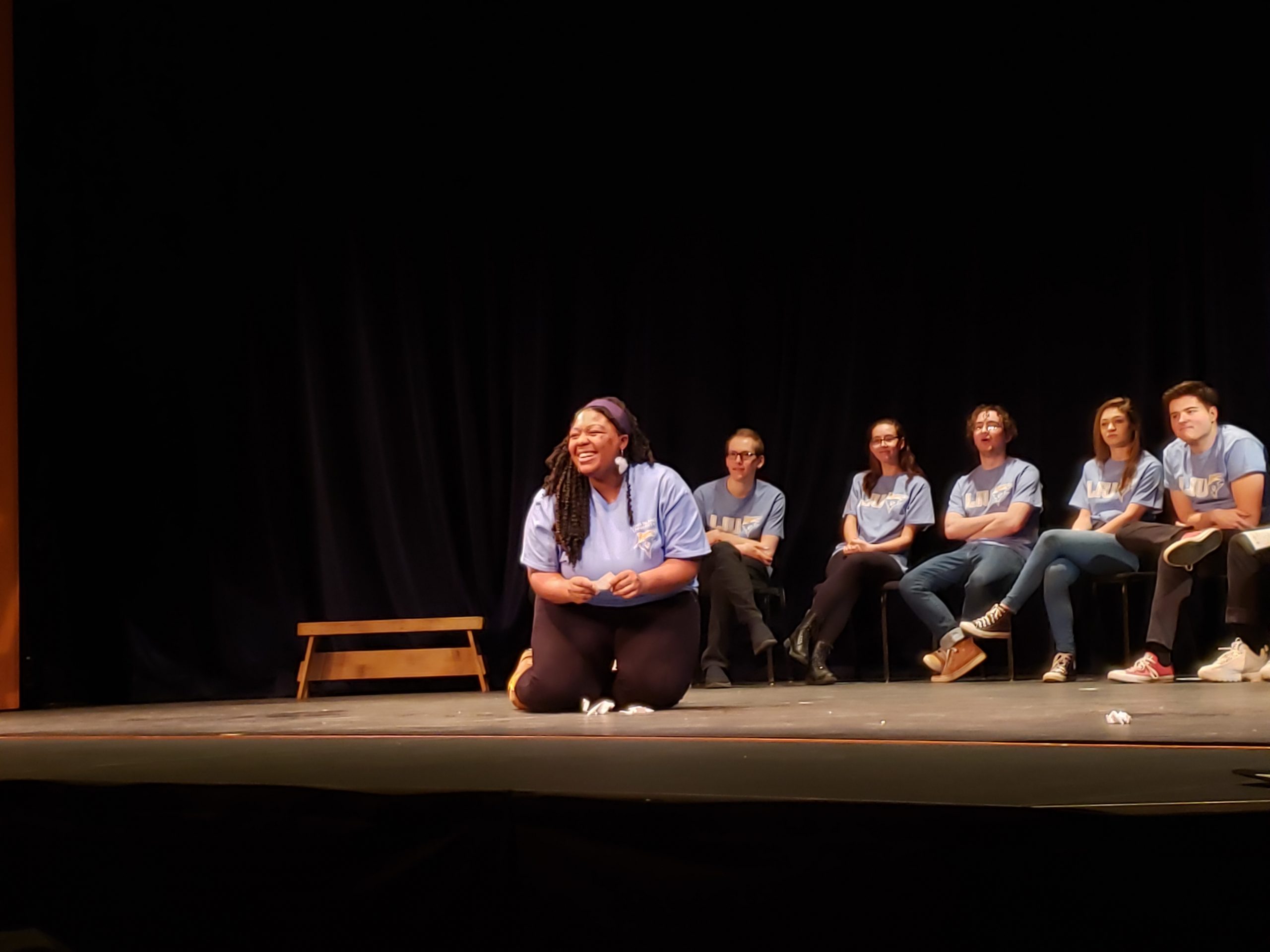 The works of William Shakespeare have lived on for centuries in the worlds of literature and performance. In the first annual North Shore Student Shakespeare Festival, Post students in the advanced acting class as well as students from four local high schools performed Shakespearean monologues and scenes for each other. The event took place on Friday, Feb. 27 in the Krasnoff Theater.

The festival was hosted by David Seinfeld, director of school planning and partnerships, and was suggested by Josh Cabat, the chair of English for Roslyn Public Schools, to take place on campus. Seinfeld opened the event and welcomed the high schools. Students from Roslyn High School, Glen Cove High School, North Shore High School, and Manhasset High School were in attendance. Cabat expressed the sentiment that Shakespeare is only taught successfully through performance.

“We have the group from Dr. Pye’s acting class, [I look forward to] having that kind of interaction between the college and the high school students. This is exposure to the university for students who love theatre, and perhaps they’ll be semi-interested in the program here,” Seinfeld said.

After a collective warmup where all the participants intermingled and exchanged Shakespearean greetings and insults, Post theatre students performed first. Lauren Lehosky, junior acting major, performed selections from “Twelfth Night” and “As You Like It.” The class presented pieces they’d been working on since the fall 2019 semester. “We started them in September and finished them in December, but nothing’s ever really finished,” Lehosky said. Matthew Fama, junior acting major, presented a soliloquy from “King Lear.” “It’s exciting to see high schools actually starting to get into Shakespeare because you rarely see that nowadays,” he said. “To see them come together and actually work with this heightened text for the first time, I think that’s really exciting and wonderful to see in young people.”

The stage was sparsely adorned with chairs lined up in a row for those waiting their turn to perform, as well as a single scenic bench. “Everything is in the text, so it’s not necessary to have some elaborate set,” Brandon Prater, junior musical theatre major, said. “Minimalism is the best way to go when starting out with Shakespeare, and you can build up from there.”

Though the event was not a competition, professors Valerie Clayman-Pye and James Bednarz provided positive responses and constructive criticism after each high school group’s performance. “I don’t think there’s a prize, I think it’s more about having the opportunity to get some feedback and to open a conversation about what it is to perform Shakespeare,” Pye said. The high school students performed various scenes and monologues from Shakespeare’s tragedies and comedies, from “A Midsummer Night’s Dream” to “Othello.” Students from Glen Cove brought prop swords to portray the opening fight scene from “Romeo and Juliet,” and participants from Manhasset wore elaborate costumes for their portrayal of a famous scene from “Hamlet.”

Beth Lambert, teaching assistant for the advanced acting class, was proud of the students who performed their work, and hopes to continue the festival in the future.

“I thought LIU did a great job demonstrating their support both for each other and for the high schoolers,” she said. “It was so great to see young, creative minds at work.”