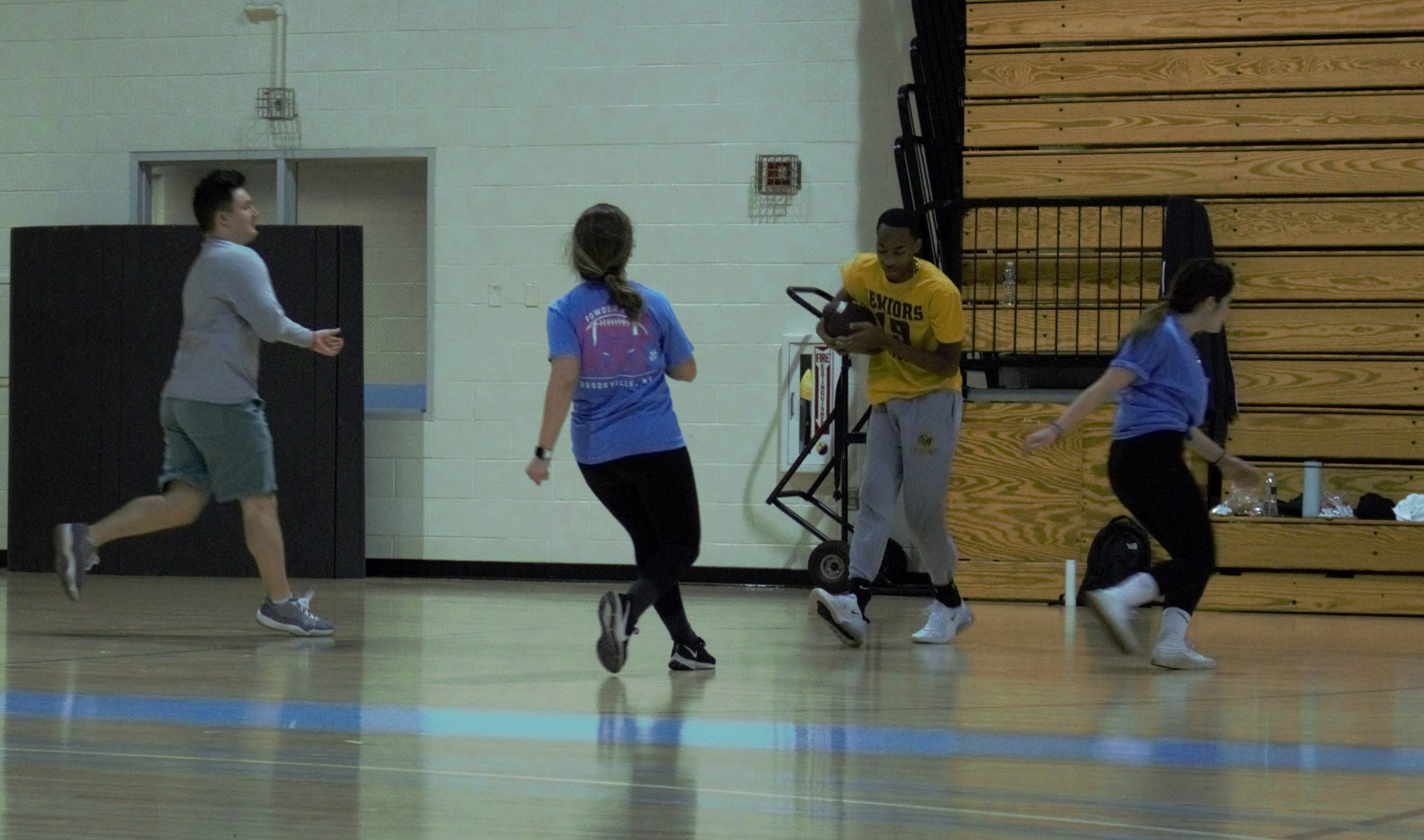 Members of the Kappa Kappa Gamma (KKG) sorority held a powderpuff touch football game on Friday, Feb. 13, to benefit their national and local philanthropy, Reading Is Fundamental, an organization dedicated furthering the education of children by providing books and access to literacy needs. Four teams competed against each other for a $100 cash prize. A $60 entry was required in order to compete. General admission to the event was $3.

The games ran in ten minute intervals. The teams competed in a round robin style, where each team had a chance to play each other, and no team was removed from the competition. The players took breaks between each game to socialize and refuel. The team with the most wins claimed victory for the entire event.

During breaks, participants played volleyball and soccer, ate, mingled with the crowd, and danced to music. “I’m glad that they’re hosting this because it really just brings together all the Greek members, no matter what letters they wear.” Vikas Dalal, a sophomore finance major and member of the Sigma Alpha Epsilon fraternity, said. “At the end of the day we all just come together for a great time.”

A team made up of members from the Sigma Alpha Epsilon fraternity took home the grand prize. “It’s been really fun to be a part of something where we’re bringing together the whole college community,” said Dalal.