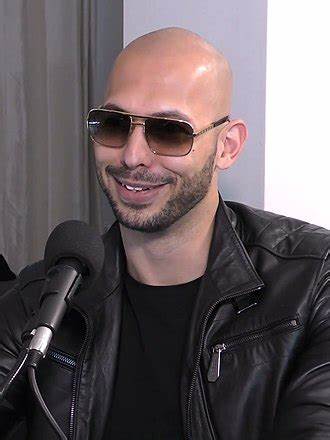 Students react to the rise of Andrew Tate

In today’s social media age, it has become commonplace for trends, filters, and even content creators to gain massive popularity quickly. Commonly referred to as “blowing up” on social media, this occurrence often comes as a result of a platform’s algorithm, which is in control of providing people with the content that best suits their interests. While gaining notoriety on social media has become a feat achieved by many, it isn’t often that a polarizing figure captures the attention of the masses; and then came Andrew Tate.

Andrew Tate exploded onto the social media scene during the summer of 2022 after numerous videos gained popularity due to their divisive nature. The 35-year-old Luton native grew immensely on multiple platforms as a result, obtaining over 4 million Twitter followers, 4.7 million Instagram followers, and 768,000 YouTube subscribers at his peak.

Although his social media presence was immense, it didn’t come without an abundance of criticism for the messages of misogyny and toxic masculinity that his videos entailed. Junior science major Vincent Randazzo is one of those critics.

“Andrew Tate’s a moron in unequivocal terms. The stuff he says is just the dumb toxic grind culture and the toxic masculinity of it all is just stupid,” he said. “You listen to him talk and you’re like ‘How does this guy have a platform?’ [and] then you remember that there are middle schoolers out there.”

While most are critical of the things Tate has said, some individuals like junior acting major Logan Bolhouse feel that Tate’s outlandish statements serve primarily to attract as many eyeballs as possible.

“I feel the way that he talks about it and the language he uses is very flagrant language and it’s meant to incite emotion out of people in one way or another, which is why some of what he says becomes entertainment because that’s used to get people to watch his content and then he makes more money,” he explained. “It may not even necessarily be what he truly thinks, it is just what he thinks is the most inflammatory to say.”

While the influencer has received a lot of backlash for his views, Andrew Tate is no stranger to controversy.

After retiring from professional kickboxing as a four-time champion in 2016, the British-American got his first taste of fame, gaining popularity after his appearance as a contestant on the 17th season of Big Brother UK. This appearance was short-lived, however, as he was removed from the show after offensive tweets and an explicit video showing him abusing a woman were publicized.

Following the appearance on Big Brother UK, Tate remained docile for a few years, moving to Romania where he started his first successful business in webcam sites. These sites, which he admits are a “total scam,” required individuals to pay to have access to video chats with models. Tate ran these sites for a few years with his brother, Tristan, and self-reportedly made millions of dollars as a result.

With the success of his webcam sites bringing him immense wealth, Tate expanded further, starting a subscription-based financial advice company, Hustler’s University. The service, which was founded in 2021, is $49.99 a month and promises a “money-focused” education on skills such as copywriting, freelancing, e-commerce, etc.

Tate claims that the community has over 100,000 students, which he refers to as “Top G’s”. As a student of Hustler’s University, one of the obligations is to create a social media account using Tate’s likeness, spreading his videos and content further. It was through these accounts that Tate would spread his more controversial content, bringing in over a billion views across all platforms.

“[Tate] has affected a younger generation of boys who have adopted a misogynistic view on women and sees them as sexual objects.”

“I am a feminist and I think people who believe in those things are horrible people,” Burke said, adding if Tate had a daughter, she would ask him how he would feel if someone spoke about his daughter this way.

Tate’s reign on social media came to an abrupt end in late August when he was effectively banned from Facebook, Instagram, Twitter and TikTok. This ban, which came as a result of his “violation of companies’ policies,” has drawn some concern, as those opposed argue that it was a violation of his first amendment rights to freedom of speech.

Even those who oppose his message such as Sara [Last name], a [year] business major, believe it was wrong for him to be barred from social media.

“Everyone is entitled to have their own opinions on their platforms,” she said.

While some are sympathetic to Tate being banned, as Vincent Randazzo explains, it is not a matter of freedom of speech, but a matter of following the social media guidelines.

With Tate essentially banned across all social media platforms, it is unlikely that his influence will go much further. However, although his time on top of the social media world was short-lived, Bolhouse believes Tate’s message has had a lasting impact.

“Andrew Tate offers his opinion on what it is to be a man and how to be a good man, or in his terms a high-value man. So, I think a lot of young boys are searching for an answer to that, and they see that he is someone who has used this mindset to achieve a lot of things in his life so people are drawn to him and start following what he says in order to become that ideal of the ‘Top G’, or the ‘Alpha Male,” he said. “I think he’s affected a lot of young men. And then as far as women go, I think he’s had the opposite effect where he’s polarized the sexes to inherently be against each other almost. So, is that a good thing or a bad thing? That’s up for you to decide.”