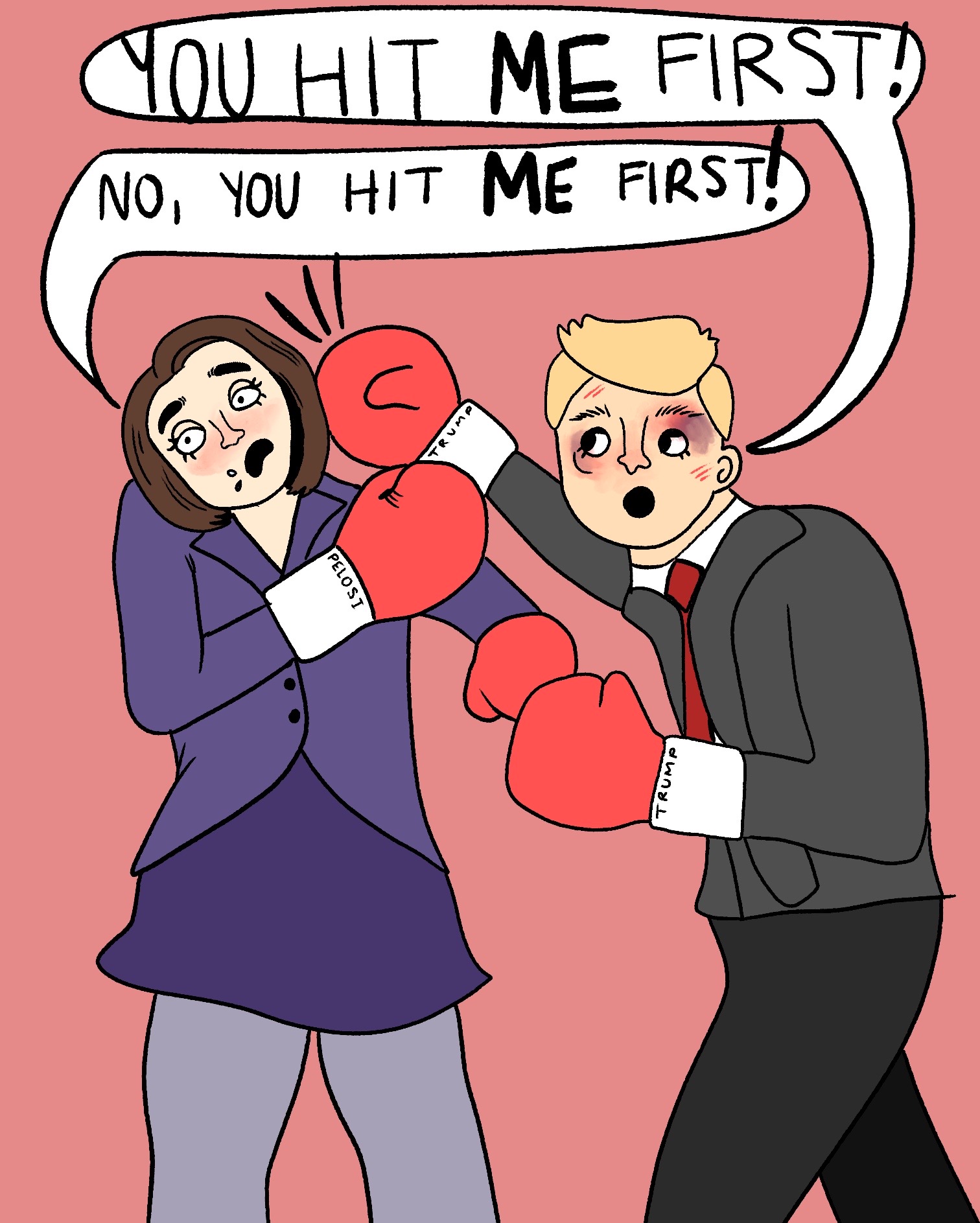 Students and faculty had mixed reactions when the Senate voted to acquit President Donald Trump on Wednesday, Feb. 5, clearing him of two impeachment charges set forth by the House of Representatives.

Impeachment hearings began after a whistleblower complaint was made public on Sept. 26, 2019, about a phone call the president made on July 25 to the newly elected Ukrainian leader, President Volodymyr Zelensky.

The questionable interaction led to a House inquiry the following month, eventually leading to President Trump’s impeachment on Dec. 18, 2019, for abuse of power and obstructing Congress’ efforts to investigate him. House Speaker Nancy Pelosi then passed the articles of impeachment over to the Senate.

Joe Campisi, a sophomore biology major, said the whole impeachment process was a waste of time. “Nancy Pelosi knew it would backfire on the Democratic Party which is why she kept delaying moving forward until there was an actual reason to impeach,” he said.

Campisi figured Pelosi caved due to “excessive bullying” by House Democrats who simply didn’t like the president and wanted him removed from office.

Upon reaching the Senate, the majority of Republicans set historical precedence when they voted against the inclusion of documents and witnesses in the trial. Shortly thereafter, in a 52 to 48 vote, Senate Republicans, with the exception of Mitt Romney, voted to acquit the president on abuse of power.

“The U.S. Senate has failed the American people,” Michael Soupios, a professor of political science, said. “Kudos to Mitt Romney, and to him alone.”

As for obstruction of Congress, the vote was straight down party lines, 53 to 47, to acquit the president of any wrongdoing.

“They have allowed political self-interest to triumph over constitutional obligation,” Soupios said. “This is a consequence of public servants who now function as professional politicians and do so under the aegis of a malignant partisanship. I fear for the republic.”

During the House impeachment hearings, 12 government witnesses privately and publicly testified that the Trump administration’s withholding of Ukranian military aid was part of a quid pro quo. The president was hoping Zelensky would agree to investigate former Vice President Joe Biden, who remains a potential threat to Trump’s 2020 reelection, and his son Hunter Biden, who sat on the board of Burisma, a Ukrainian energy company previously investigated for corruption.

“This might’ve been the final straw to secure Trump’s reelection for a second term, as this shows just how immature the Democratic Party is and how they act as sore losers,” Campisi said.

According to an online survey conducted by The Pioneer, 80 percent of students polled thought the Senate should have included documents and witnesses in order to fairly acquit the president. Others around campus thought the outcome wouldn’t have changed either way.

“I think it was inevitable,” Heather Felix, a senior public relations major, said. “No matter which side you’re on, it was pretty clear from the beginning that he could never go through a full impeachment process much less be
removed from office…. And Mike Pence? No thank you.”

Throughout the impeachment process, Trump denied any existence of a quid pro quo; however, his administration released Ukraine’s military aid two days after the House announced it was opening an investigation into the president’s motives. And in January, the Government Accountability Office, a non-partisan watchdog, concluded that the White House broke federal law by withholding Congress-approved military aid.

But with a Republican controlled Senate, some students knew the president’s acquittal was inevitable.