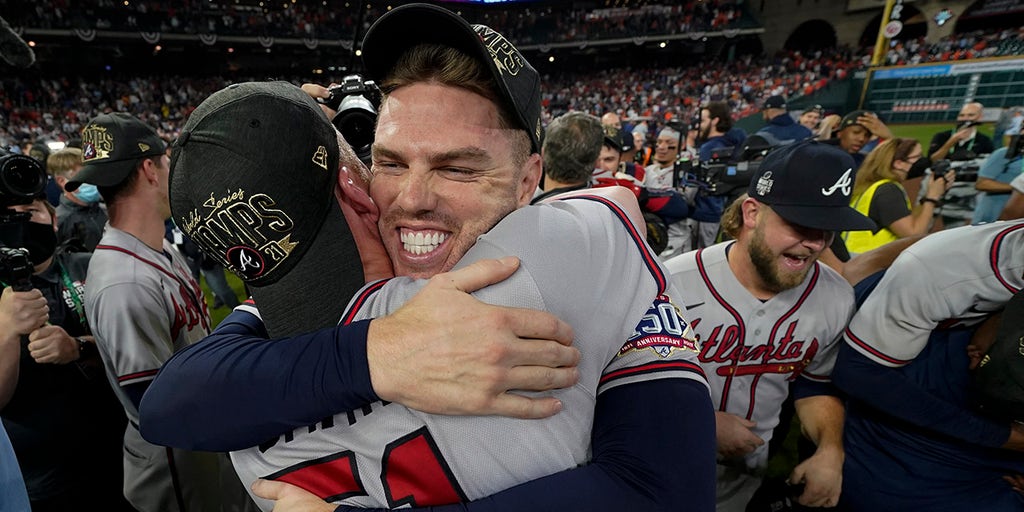 The Atlanta Braves have won the World Series

The 2021 MLB season came to an end on Tuesday, Nov. 2, when the Atlanta Braves defeated the Houston Astros 7-0 in Game 6 of the World Series.

The Braves, who only won 88 games in the regular season, had the fewest wins of any playoff team but still won the NL East with a six-game lead over the Philadelphia Phillies.

The Braves also went the entire playoffs without their star outfielder, Ronald Acuna Jr, who had 24 home runs in just 82 regular-season games with a .990 OPS before tearing his ACL on July.10 while trying to field a line drive in a game against the Miami Marlins.

“The playoffs this year we’re exciting. We had historic matchups and a thrilling World Series. One of my favorite moments had to be watching Braves’ shortstop Dansby Swanson make the play for the final out of the first World Series championship for Atlanta In 26 Years,” he said.

Hines was looking forward to seeing the matchup between two incredible infielders for the World Series teams.

“I was extremely excited to see Freddie Freeman and Carlos Correa, two of the most dynamic players in our game,” he said.

The Los Angeles Dodgers won the NL Wild card with 106 wins, one short of the San Francisco Giants, who won a franchise-record 107 games. The Dodgers Defeated the St.Louis Cardinals in the NL Wild Card and then matched up with the Giants in the NLDS, marking two of the best teams competing to move on and make their incredible regular seasons worth more.

Hines believes the outcome these playoff matchups lead to will be one to remember.

“This postseason was one of the more interesting ones, especially with the NLCS because most of us expected the Dodgers to steamroll Atlanta,” he said.

As a Yankees fan, Hines is very pleased with the Astros elimination after all the allegations they’ve faced since their sign-stealing scandal came to light after the 2019 World Series.

“I think I can speak for most baseball fans when I say that any day that the Astros lose is a good day, especially since they are essentially now the most hated team in baseball thanks to the recent cheating scandal,” he said.

After the Yankees fell in the Wild Card game, Hines believes that they will be looking to add some pieces this offseason to improve next year.

“I think we’ll see a lot of free agent movement and big plays by GM’s. I say this because there are teams that are going to be desperate to add, trade, and add again to do whatever is necessary to win,” he said. “The Yankees are among these teams that will be vying for top shortstop’s Carlos Correa and Corey Seager. I expect to see a lot of free agent moves as the winter meetings nears.”

Junior broadcasting major Ryan Boettcher was shocked by a lot of outcomes throughout October.

“Overall, the MLB playoffs we’re really unpredictable for the first time in a while. With the Red Sox beating the Yankees and the Dodgers losing, the real favorites were gone,” he said.

Boettcher was happy for Braves’ 1B Freddie Freeman, who, after 12 years in the league with Atlanta, finally got his first World Series ring.

Boettcher was not a fan of either team due to the Braves being a rival of the Mets, and the Astros confirmed to have stolen the 2017 World Series.

“Personally, as a Mets fan, it hurt to root for either of the Braves or Astros, but I had a slight bias towards the Astros due to Alvarez and Greinke,” he said.

Boettcher believes Astros’ Shortstop Carlos Correa will ask for more money in free agency due to his performance this season and in the playoffs.

“As a result of these games, we know now Correa will get a real bag, much higher than the 5 years/160 million that was offered to him,” he said. “Along with that, it seems like there is a need for pitching everywhere, so I’d expect the trade market to be hot for players like Frankie Montas and Luis Castillo.”