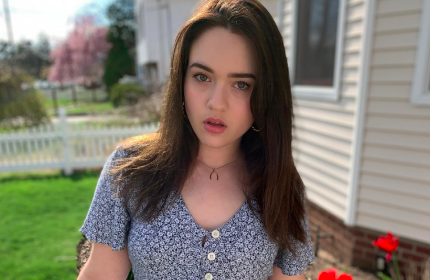 Graduation is often seen as a time to reflect on the past and contemplate the future. For Angelique D’Alessandro, political science major and journalism minor, who will be this year, it’s a chance to set new goals and reaffirm old ones. She plans to start a political career, practice law and give back to her using experience from both.

D’Alessandro began her college career at the University of Alabama, where she studied political science and was a member of the sorority Delta Zeta. Missing home and wanting to be closer to her family is what made her transfer to Bard University in fall 2016 to study classical voice. She then transferred to Post in fall 2017 as a political science major.

Community is important to D’Alessandro, to the point that she joined a few on her arrival. “I initially got here and felt like it was a much smaller community than in Alabama. I was able to find a chapter of Delta Zeta here, so I transferred my membership and found a wonderful community of sisters,” D’Alessandro said. She later joined the Pioneer and was able to “report and spread ” as a staff writer and assistant online editor. She moved up to assistant news editor, and then executive editor in her senior year.

“I also got involved in student government and found a great community there,” she said. She joined the student government association in 2017 as the transfer student senator, and advisor the next year. “Going into Post, I was apprehensive of what my experience would be coming in as a transfer, but now leaving Post, I realize that I have made a wonderful community here and had a lot of great opportunities.”

Throughout her college career she has had five internships, first at The Island Now as community for the online paper, then as a reporter for Newsday, at the Nassau County District Attorney’s office where she worked on files and observed court proceedings, at the Suffolk County Court under Judge C. Randall Hinrichs, and is currently interning in Manhattan at the Business Integrity Commission. She also had two fellowships, one under former Congressman Steve Israel in the LIU Global Institute, and one as a presidential fellow for the Center for the Study of Presidency and Congress, where she visited panels in Washington D.C., wrote papers on presidential rhetoric and immigration reform from 1986 to today.

D’Alessandro advises journalism students to never underestimate the importance of their jobs and the power they hold to better their community; she advises law students to keep up with current events in the country and abroad to stay on top; and she advises freshmen to get involved with as many organizations as they can to discover their true passions

next steps are to go into law. “My goal is to go to law school and have a successful career as a lawyer,” she said. “I also plan to potentially go into politics and use what I’ve learned to help people in the future.”