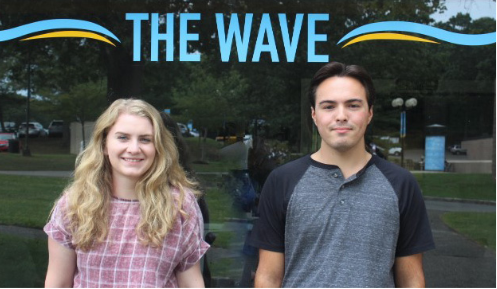 There is a new operational director at The Wave, the campus radio station formerly known as MYWCWP. The last time an operational director was appointed was in 2003. This year, the position is back with a woman at the helm for the first time in the station’s history. In the reestablished role, Samantha Uebel will tackle the changes incurred by the OneLIU merger.

The locally run radio station cut the position years ago because it was no longer deemed necessary, according to Director and Station Manager Daniel Cox. With various changes like a new mascot and school colors, Cox decided to find someone to accommodate the increased responsibilities associated with becoming an NCAA Division I school

Appointed by Cox, Uebel, a junior broadcasting major, said she is ready to take on the role. Formerly The Wave’s program director, Uebel admitted the new job comes with more responsibilities than her previous position. The operational director oversees all operations from both The Wave, which is and WCWP, on FM radio. “As the operational director, it’s my job to make sure everything runs smoothly at the station. I work with various department heads to operate events, productions, and the general operations of the station,” Uebel said.

The role does come with its challenges. Uebel expressed her frustration about the inability for student station members to speak directly with athletes for their sports broadcasts one of the many difficulties experienced while the school changes divisions. As per NCAA guidelines, Division I athletes and their coaches are not allowed to speak to any media outlets without the permission of their team PR manager. She is grateful that the new PR managers are easy to communicate with.

Replacing Uebel as program director this fall is Daniel Casazza, junior social studies major. Casazza admitted the responsibilities of the new position, along with his class work-load, hasn’t been easy to balance. He was a member of the station prior to his and founded the live show Rushhour Rock. He is confident he will adjust to the changes soon. The position provides him “a platform to enact some change for the good of the station,” Casazza said.

Casazza explained he’s a perfect example that anyone can be a part of The Wave. He joined the station during the fall 2018 semester because he loved music and wanted to share his words on the subject. Joining the Wave is an “opportunity for people to step up and take initiative,” Casazza said, and he encourages everyone to get out of their comfort zone and try something new

In preparation for the upcoming year, both Uebel and Casazza invite more students to become part of their team. With the transition from Division II to Division I, there are more positions to be filled at the station. “[The Wave is] a place where you can express your-self,” Uebel said, and she believes it is a “forum for people to speak.” Casazza added it’s a great opportunity to develop “life-learning skills” that you won’t get elsewhere.