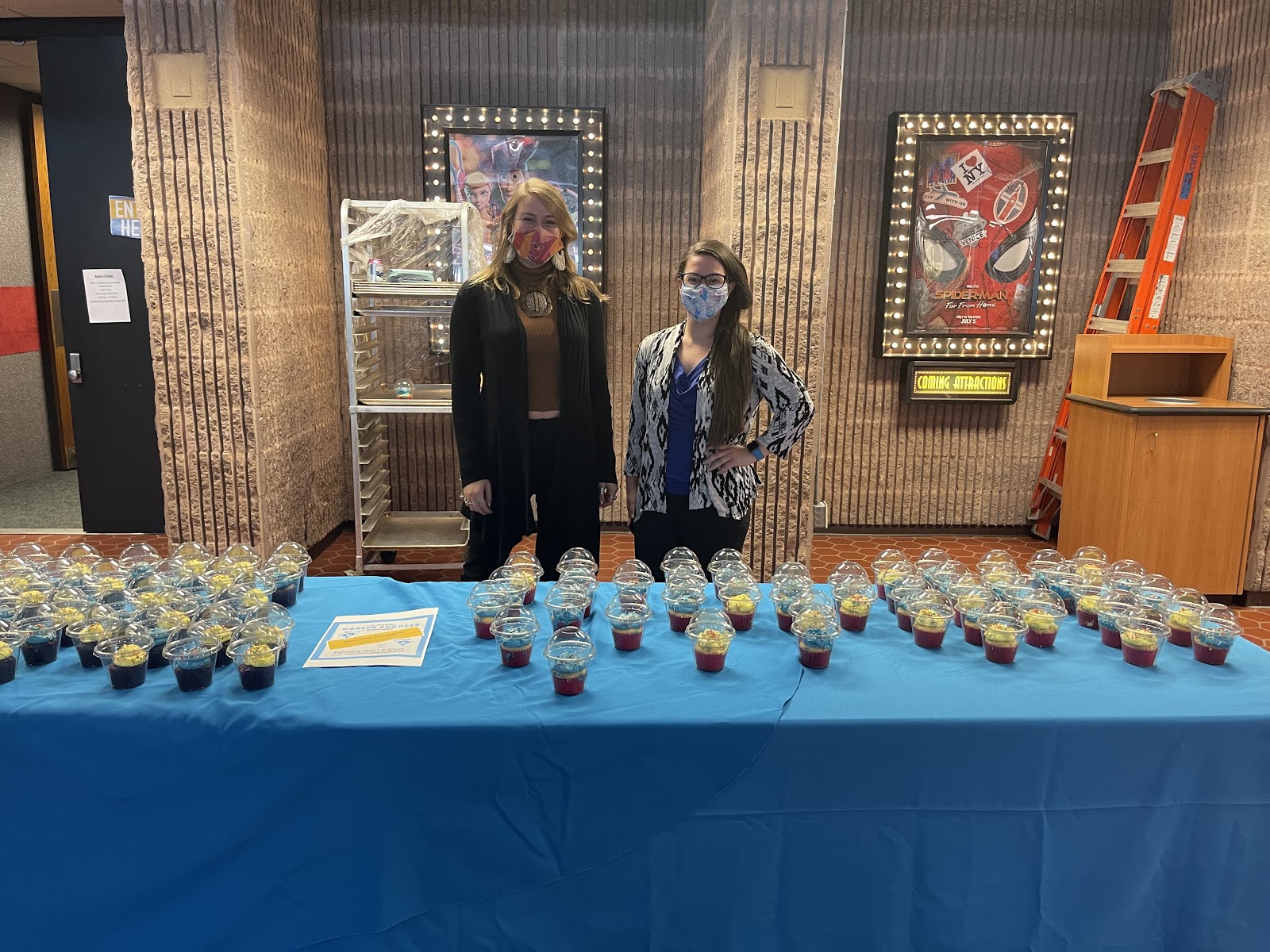 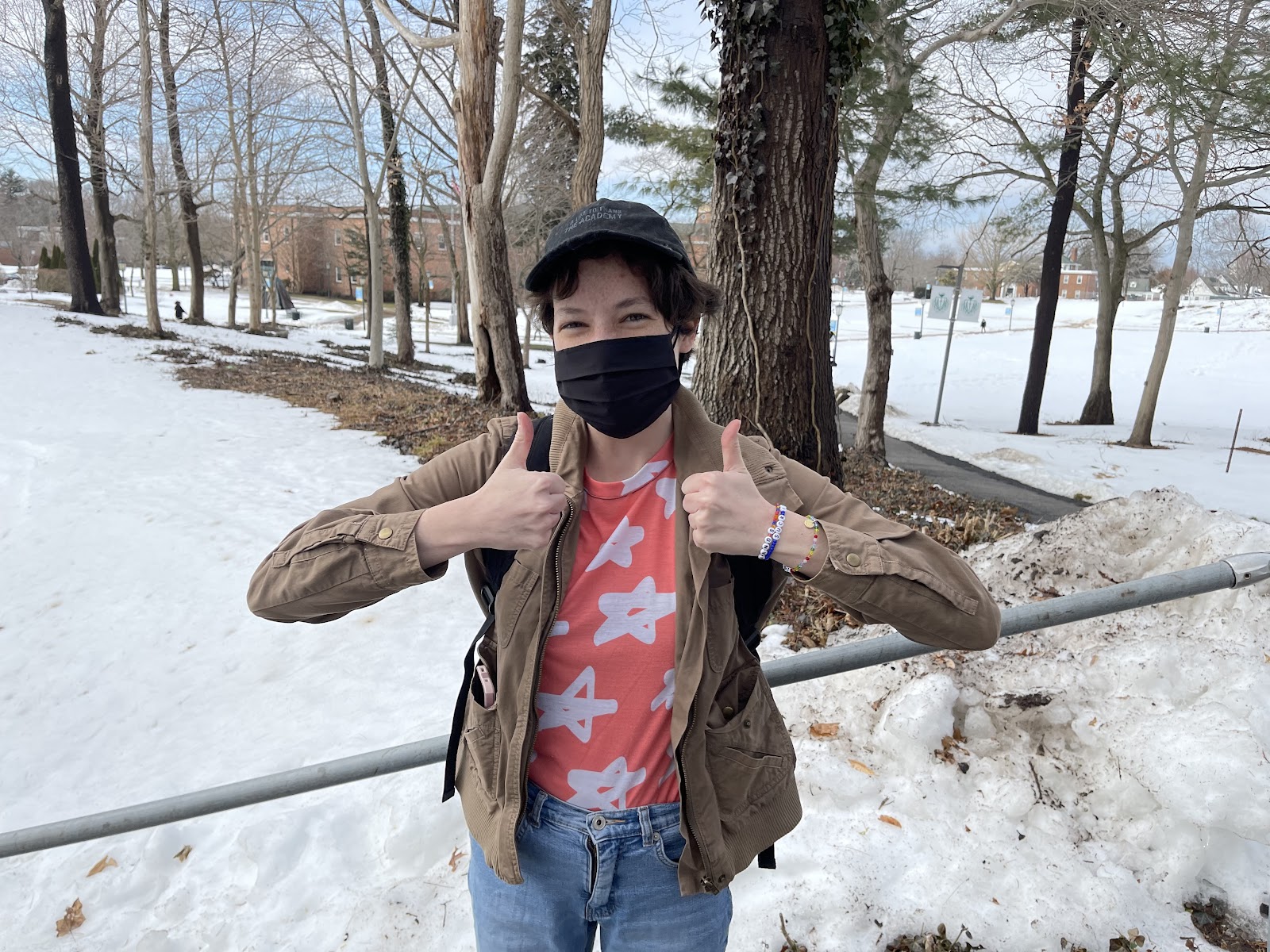 Grab your blue and gold spirit gear, sharks. Promise has made efforts to improve Tradition Tuesdays.

In past years, students were encouraged to put on their school spirit items and make their way to the campus concierge desk, where they would be given free water bottles, pencils and shirts. This year, free food, and exclusive clothing items are up for grabs.

“Last year they gave away all the same stuff every week, so it wasn’t as fun so [my friends and I] stopped going,” sophomore accounting major Juliana Deleon said.

Deleon was among the students wearing shark attire last Tuesday, so she was able to grab a cupcake from Promise officials.

“I didn’t know they were doing it this year,” Deleon said.

She hasn’t seen any advertising for the event, but was pleasantly surprised when offered a cupcake on the last Tradition Tuesday.

“I think [Tradition Tuesdays] are better, but I don’t think anybody knows about it,” Deleon said.

Now that Deleon knows about Tradition Tuesdays, she will gladly be returning in her shark gear next week. Deleon is a student athlete so she has a surplus of spirit gear.

Other students are running into the problem of not having any shark attire.

“I’ve been trying to get more shark stuff because all of the stuff I have is all Pioneer stuff,” sophomore English major Clare Coursey said. She is glad that Shark Nation has opened back up, but is still working on collecting LIU gear.

“Maybe if they gave students free gear at least one day a week we could use it afterwards,” junior musical theatre major Sophie Quiñonessaid. She says that she would participate in Tradition Tuesdays if she had more shark gear, but she too has a closet full of Pioneer shirts and sweatshirts.

Promise is making an effort to get the improvements publicized.

“We do have stuff on our Instagram story, and flyers in all of the resident halls and buildings on campus,” success coach Tracy Reardonsaid. Reardon was managing the cupcake table for Tradition Tuesday on Feb. 16, spotting students in campus gear and offering them one.

“Next week we have sweatpants, so we’re hoping that kind of like diversifying the kind of giveaways will make students choose which ones they want to go to,” Reardon said.

Reardon also mentioned that other clothing items that students cannot find in the bookstore or Shark Nation, and items such as reusable straws, will be offered in the upcoming Tuesdays.

The Promise staff says that they are  working hard to make Tradition Tuesday special for students.

“At the end of the day it’s for you guys, the students, so we want to make sure that students are getting what they want,” Reardon said.

It has been hard for the Promise office to gauge whether or not the improvements have resulted in an increase of student involvement due to COVID-19.

“Sometimes people don’t want to come in here during common hour because that’s the most trafficked area, but once we get back to a little bit of ‘normal’ we will be able to get our engagement up,” Reardon said.

Reardon hopes more students will come and see what they have to offer in the upcoming weeks. With improvements having been made and more advertising being put out, the Promise office looks forward to seeing more students participate.