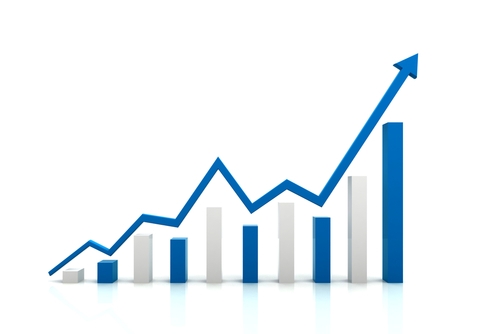 Wall Street Taken to All Streets

Social media website Reddit and Wall Street went head to head for one of the craziest circumstances the stock market had ever seen on Jan.26. After GameStop stock(GME) saw massive gains through the start of last summer going into this year, major hedge funds and institutional investors shorted GME shares.

To short a stock means to open sell positions on a stock you do not currently own, and bet that it will be a lower price at a later date of your choosing for a profit. The difference in value between the stock price at the time of execution and expiration is your profit/loss. These dates cannot be changed once set.

After GameStop announced they would be putting e-commerce friendly people on their executive board, their stock surged from $4 to nearly $40 per share at the middle of last month. With the drastic overvalued stock price in such a short time, hedge funds like Citadel were very confident that their short positions would be very successful, as typical trends would show a pullback almost inevitable.

A Reddit page listed as r/wallstreetbets had other plans. A relatively large page of about half a million young investors ranging predominantly from 16 to 25, decided to take it upon themselves to challenge Wall Street.

These investors on Wall Street Bets, were able to drive the price of GameStop all the way to the 300s, which cost the hedge funds billions on their shorts, particularly Melville Capital who due to their losses had to reposition their entire portfolio.

The stock market did see huge losses overall for a few days, as institutions had to liquidate their assets to cover for some losses, but this was short lived and the market has been growing positively since.

This situation does not come without controversy. On Jan. 28, Robinhood, a popular online brokerage with over 13 million users, shut down the ability to buy GameStop and other shares manipulated by the Reddit users. By making the only option available to sell, the only way price could have moved is down, which would save the hedge funds from any more potential losses, and costing the retail investors who bought in.

There have been class action lawsuits taken against Robinhood and other brokerages who shut down trading, and investigations are in place to see who exactly was involved, and who’s call it was.

Brandon Kaim, a freshman computer science major, started investing around the time this all started. Kaim thinks this was an unprecedented circumstance, which will not happen again.

“I think what happened was pretty once in a lifetime. Stock prices shifting thousands of percentages up in price because of a group of people online is just insane,” he said.

Kaim is in favor of the Reddit investors in this situation.

“I think WSB was in the right. Wall Street has been playing the same game for years, but when a group of individual investors join in on the game it’s somehow different,” he said.

Kaim would like to see more accountability on brokerages and people in charge of shutting down the trading of GME and others.

“I do think some regulation should be made, but more on the part of apps like Robinhood and others on if or when they are allowed to refuse users to buy certain shares,” he said. “They were absolutely not in the right.”

Kaim believes the hedge funds will learn from this situation, and that their eyes opened to all the potentials of new players within market movement.

“Hedge funds learned that times are changing and that if they want to be competitive in Wall Street they have to expect more individual traders to challenge them,” he said.

Kaim is certain that this is not something that should be tried if you are looking to be a successful trader/investor throughout your life, but having an edge when you can spot it is not something you should avoid taking advantage of either.

“Individual traders learned that yes it is possible to make big gains from bubbles like this, but it is very volatile and you could go from millionaire one minute back to broke in the next,” he said. “Don’t rely on short term plays like this if you’re going to invest, it’s a gamble but sometimes it does pay off.”

There’s a few factors here that make this situation unique and specific to the times. You have the smallest group in terms of market equity, (young people), taking on the largest financial powers and winning. This was only made possible through social media, you needed a platform to bring all these people together to talk and plan it out, which is why it had never happened before.

Wall Street had always been the movers within the market due to the amount of money they play with. To be toppled by people with net worths mostly all under five figures, and only using a few hundred to a few thousand in their gambles, shows that when enough people come together, it is possible to beat Wall Street at its own game.

To have Robinhood make decisions that primarily hurt their own customers, shows that Wall Street will use any means necessary to save themselves, while unethical, and possibly illegal. It is unclear if any civil or legal charges will be taken against anyone involved.

Published in Business, Economy and News