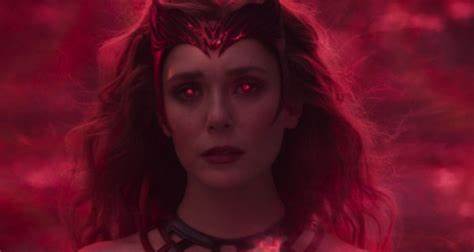 What did people think about WandaVision?

Marvel Studios has been one of the biggest names in entertainment for the past thirteen years. When the streaming service Disney+ was announced, Marvel Studios announced that they were going to branch off from just making movies by making television shows that will fit into the Marvel Cinematic Universe (MCU). The first of these shows was the genre-bending and experimental show, “WandaVision.” During these mostly home-bound times due to the global pandemic, people needed something to celebrate and enjoy, which Marvel provided with “WandaVision.” The show took pop culture by storm, and broke countless records. So what did students think of it?

“I really enjoyed ‘WandaVision’ a lot. The show felt like something new that I hadn’t seen before while also having very familiar aspects,” Gianna Gattuso, a student at the Savannah College of Art and Design said.

Gattuso felt that the show did great things in terms of portraying women in a strong and natural way. “The show included strong female characters, such as Darcy Lewis and Monica Rambeau, without making them feel overplayed and cheesy in a sense,” she said.

The show follows pre-established Marvel characters Wanda Maximoff and Vision, as they live through the decades in the form of sitcoms. Starting in the 50s and going all the way up to modern times, the show’s episodes are each inspired by various classic sitcoms from each decade. This makes “WandaVision” a new kind of show that we haven’t ever seen before.

“I thought it was very creative and they brought something different to the table,” Sophia Torres said. The concept was a risky one, because they didn’t want to just parody the sitcoms, but recreate them and be one itself. “You could show me an episode and I would believe that it was straight from that time,” she said.

“WandaVision’s” finale was met with controversy, because after eight widely beloved episodes full of easter eggs and set ups, including an appearance from Evan Peters who played the Fox X-Men version of Wanda’s brother Pietro; the finale followed up and delivered on only two of the countless set-ups.

“I did not feel 100 percent satisfied with the ending and have so many unanswered questions,” Torres said.

“The finale was slightly disappointing compared to the rest of the show, but only in the way that it felt like it had been done before. For a finale for one of the most well thought out shows in my opinion, it felt rushed.” Gattuso said. She went on to explain how it had left many unanswered questions, and that she hopes they are answered during Wanda’s next appearance in “Doctor Strange and the Multiverse of Madness.”

Despite these issues with the finale, the one common thread in most people’s thoughts was that the finale executed Wanda and Vision’s emotional story and conclusion amazingly. The show is a story about grief, and on that front most people feel it did great.

“I really appreciated how they set up Wanda letting Vision and her kids go. The scene was so calm, yet devastating. You could see how in pain she was, but how she accepted this is what had to happen. The scene was beautiful and heartbreaking.” Gattuso said.

Students feel that these Disney+ shows are lining up to be a great new way to experience the MCU. “It was interesting to watch a show instead of a movie. It was exciting to look forward to a new episode each week,” Torres said.

This format provides so many new opportunities for Marvel media and fans seem to be very welcoming to it.

All in all, this show has clearly had a big impact. From experimenting with multiple genres to showing an MCU character in a way we never thought we could, “WandaVision” is the first step in a new era for Marvel and possibly pop culture as a whole.