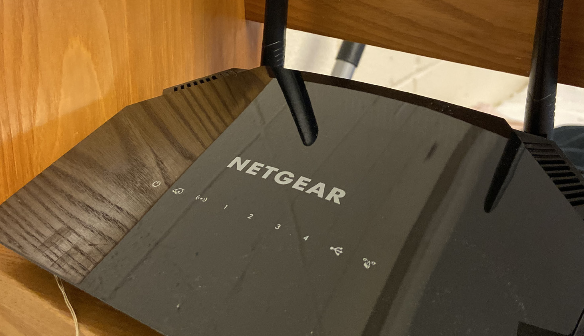 Many students living in the residence halls were unable to connect to their Wi-Fi routers with dependable regularity, making it difficult for some to complete school work and maintain general communication. Some residents experienced having Wi-Fi complications since the beginning of the semester, while others were facing the issue for a short period of time. They speculate the issue is a result of the many power outages the university faced over the past couple of weeks.

Laura Bender, a freshman dance major, blames the stormy weather. “The electricity has been flickering in and out in the dorms. Since the Wi-Fi router is plugged into the wall, I wouldn’t be surprised if this somehow reset the router or conflicted with the school’s Wi-Fi, and put some sort of block on it,” Bender said.

Another resident, Emma Kenniff, a freshman psychology major, agreed with Bender. “I think it stopped working because of the power outage,” she said.

Bender began facing issues with her Wi-Fi on November 1 and it has since changed her daily routine. “It has definitely put a damper on my ability to complete schoolwork in a convenient manner as I now have to plan out a block of time where I can walk across campus to the library to get access to Wi-Fi,” Bender said. “I cannot send text messages, emails, cannot load any websites, or stream music, unless I disconnect from the Wi-Fi and use the data on my phone.”

Kenniff has been dealing with the issue since October 25, a week longer than Bender. “It’s annoying because nothing ever loads, so it makes being in the room not enjoyable,” she said. Kenniff is no longer able to do things without proper Wi-Fi access that she could do before, such as going on Blackboard, watching Netflix, or using social media.

Since the university’s Wi-Fi in residential buildings does not reach students’ rooms, the Wi-Fi routers are all personally bought and owned by the students. “I purchased a very nice, expensive router for my room so that I wouldn’t have to deal with this very issue,” Bender said. It’s because of this, students say, that the situation is so frustrating. “Our dorms should have Wi-Fi to begin with,” Brooke Tanner, a freshman education major, said.

This issue can be fixed. According to Tanner, students can take their routers to the IT department, which can fix blockages that may have occurred after the power outages. “You need to go down there with your router, and they unblock it, so it works [again],” Tanner said.

When asked about the process to clear these blocks and how they occurred in the first place, workers in the IT department told the Pioneer that they were unable to answer questions and that interviews must be scheduled through Michael Berthel, executive dean of students.

An interview wasn’t granted, but Berthel explained that without specifics he was unable to provide a comment on any issues students may have with their personal routers, but that “internet connectivity and strength is consistently monitored and there are no known issues in the residence halls at this time.”

Berthel encourages students experiencing issues with their routers to reach out to it@liu.edu for assistance.