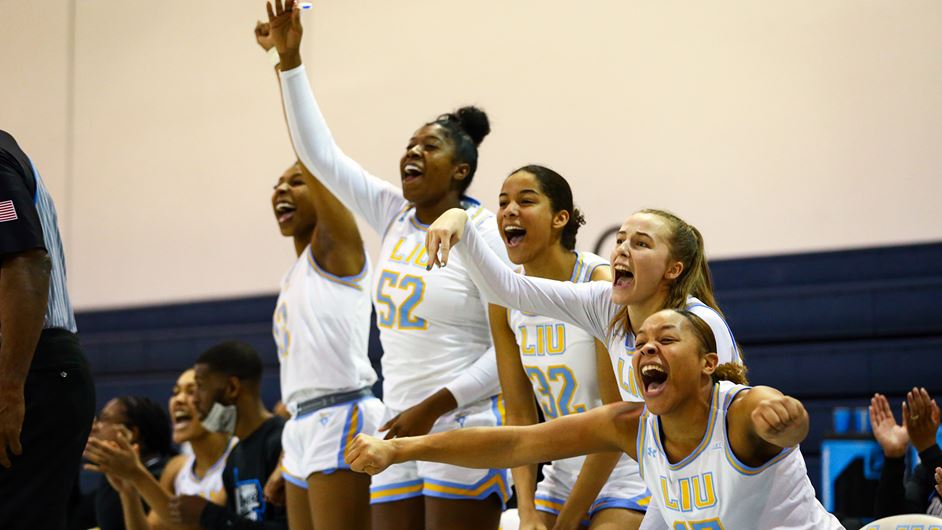 The LIU Sharks Women’s Basketball team just passed the midpoint of their conference games after their victory against Central Connecticut, with the final score of 74-67.

Leading the game for the Sharks was Sophomore Dallas Carter, who finished the night with 18 points, all from three-point shots going 6-9 from beyond the arc.

The Sharks sit at a record of 5-7 in the Northeast Conference(NEC) and are in 6th place. Although the Sharks are behind in the standings, head coach Renee Haynes still sees her team improving every passing day.

This has shown through LIU’s defensive statistics, as they are currently 2nd place in the NEC in both blocks and steals. Coach Haynes emphasizes her team’s ability to play in the paint.

One player who has truly captured LIU’s rebounding identity is senior forward Kiara Bell, who is currently second in rebounding.

Coach Haynes believes that Brandy Thomas, who is currently leading the team in points, rebounds, and steals, still has room for improvement and continues to do so with each passing day.

“Even though Brandy has received a lot of accolades throughout her collegiate career, she’s expanded out to the perimeter to become more comfortable and more effective at the three and four positions,” she said.

Thomas, who has won awards such as NEC Rookie of the Year and All-NEC First-Team, continues to be the rock of this LIU team. Haynes is confident that other players will step up as the season comes down to its final stretches.

“I do think that we have had tremendous improvement throughout the season. Last game, Dallas (Carter) had the hot hand, and that’s something that we recruited her to do. She hasn’t been able to show it fully yet, but now she’s becoming more comfortable,” she said.

Carter has had a relatively quiet season so far but is starting to come into her own as one of LIU’s premier shooters. She currently leads the sharks in three-point percentage at nearly 50 percent from beyond the arc. Coach Haynes and the Sharks will compete against Saint Francis Brooklyn on the road Friday, Feb.11.