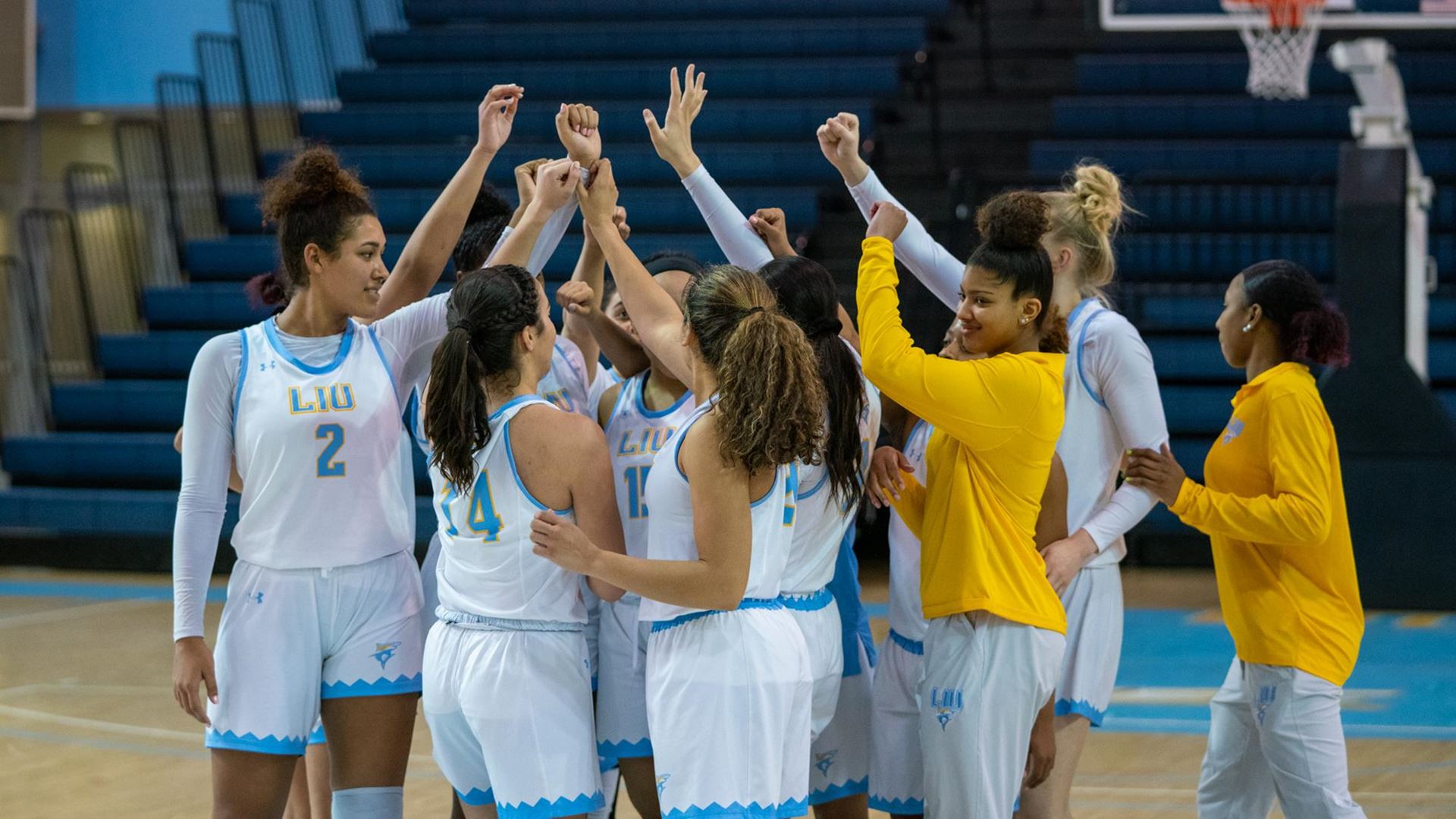 A strong third quarter made the difference for the women’s basketball team as they capitalized and earned a 66-52 win against Wagner College on Saturday, Feb. 29 at the Steinberg Wellness Center in Brooklyn, N.Y.

The Sharks improved their record to 7-9 in conference play and clinched a berth in the 2020 Northeast Conference Tournament. “All the team needed to do is focus on what we do best and they will clinch,” Head Coach Rene Haynes said.

Prior to Saturday’s contest, the team took the time to honor the graduating members of the women’s basketball program including graduate student Drew Winter and team manager Danielle Bray.

The Sharks opened the game strong, as sophomore Shyla Sanford and junior Mia Perkins scored the four first points. Wagner answered back with a 7-0 run to take a 4-7 lead during the first quarter.

The Sharks would shift back momentum with a 10-4 stretch over the next three and a half minutes for a 14-11 lead with more than two minutes left in the quarter. The Seahawks then had another 7-0 run to regain the lead, 14-18. Sophomore Ryan Weise scored a three pointer for the Sharks in the final seconds of the quarter, bringing the score to 17-18.

Both offenses slowed down in the second quarter, combining for 15 points in the frame. Wagner controlled the first couple of minutes of the second quarter, building up a 20-24 lead. The second part of the quarter was dominated by the Sharks who had a 6-0 stretch. To close the half, a layup from Johnson gave the team a 26-24 lead at halftime.

The Sharks picked up where they left off going into the third quarter, maintaining their forward momentum. They had a 25-0 run over the first eight minutes that boosted the team into the leading position.

The Sharks made 10 field goals and 4-of-5 on long distance during their third quarter run. Junior Jeydah Johnson tallied eight points and sophomore Kiara Bell along with junior Zhané Williams added four points as the Sharks took a 51-25 lead by the third quarter.

The Sharks continued to hold the advantage into the final quarter and earned a 66-52 win against Wagner College, earning themselves a berth in the NEC Tournament.

The Sharks were led offensively during the game by three scorers with double-digit statistics. Sanford tallied a team and career-high of 14 points during the game and made five assists. Johnson added 13 points along with three assists and Bell finished with 10 points and nine rebounds.

The women’s basketball team will close out their season on the road as they play for a better seeding in the NEC Tournament. The team will travel to Fairfield, Conn. for a matchup against Sacred Heart University on Thursday, March 6. The tip-off at the Pitt Center is scheduled for 11 a.m.