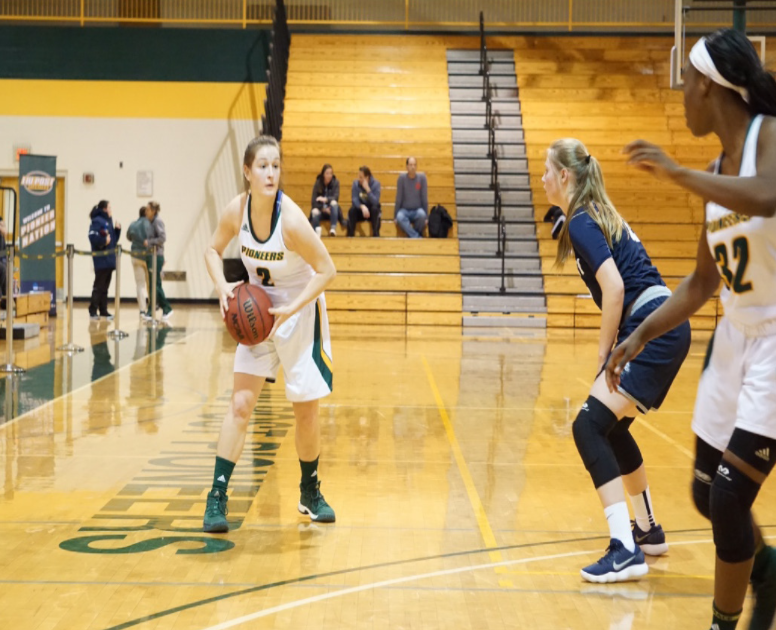 The women’s basketball team improved its season record to 10-1 in conference play and 15-6 overall on the season after a 78-51 win on Jan. 31 in Bridgeport.

The Pioneers did not give up the lead during the entire game and forced 28 total turnovers, giving the team an edge with 30 points off mistakes. Five players scored 10 or more points, including 14 points from sophomore sports broadcasting major Mikaiya Moore, 14 points and 10 rebounds from senior political science major Sasha Patterson, as well as double-digit outings from sophomore health science major Asia Turner (13), junior computer science major Shannon Doyle (11), and 5th-year broadcasting major Kylie Garrett (10). Patterson recorded her eighth double-double of the season.

The Pioneers’ 27-point margin of victory was their largest of the season. The matchup with the Purple Knights marked the end of a three-game road trip for the team, as they will play their next two games against Mercy College and Molloy College at home.

“It was one of our best victories of the season,” said sophomore sports broadcasting major Mikaiya Moore, whose 14 points and 10 rebounds helped fuel the Pioneers’ win. “All of us were in sync and scored a lot of points… we all had fun out there.”