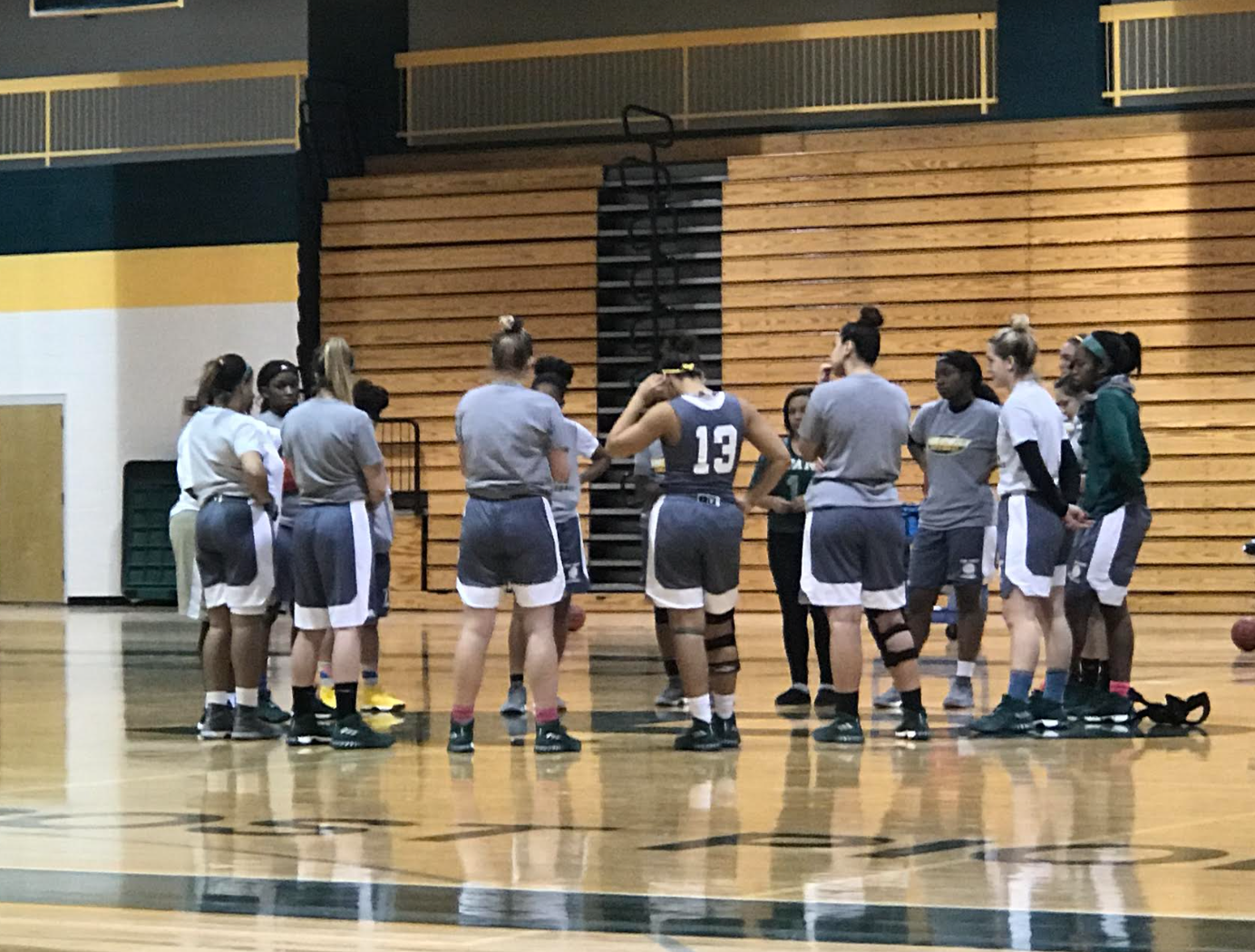 As the midway point of the women’s basketball team’s season approaches, the women have taken control, with a record for all games of 10-5. Head Coach Deirdre Moore is pleased with the team’s recent success. “One of the biggest keys for us has been defense; basketball is a long season and there will be injuries but
the fact that we have a lot of options and a lot of people that are playing for the team really has helped. The girls have really put a lot of focus on trying to be better on 1 on 1 and full-court pressure.”

The team defeated Queens College, 69-54, in their first game of the new year on Saturday, Jan. 7, to make their record in the East Coast Conference 5-0 this season.

Before the Jan. 7 game started, Moore said, “Queens College can put the ball in the basket and we’re going to have to defend to win this game.” They did just that.

The Pioneers started off strong as they led 19-9 at the end of the first quarter. Fifth year senior Kristen Olsen scored the most points, with a total of 15 points throughout the entire game. Just like Coach Moore planned, the Pioneers defended and towards the end of the game, in the last 20 minutes, the Pioneers took a 20-point lead.

With the win, the Pioneers hope to continue their unblemished ECC record for the rest of the season. “Obviously we want to be ECC champs but I think a big goal for us is to get better game by game and not look too far into the future and practice hard every day,” fifth year senior Kylie Garrett said.

The Pioneers are practicing throughout their winter break while there are no classes going on and are focusing on the rest of the season to become ECC Champions.

Although Moore emphasized the team’s strong defense, the Pioneers have scored an above-average 70.2 points per game this season. Before each game, the team practices their opponent’s play style. For Jan. 12 game, Moore said that they will be working on their three-point shooting because Daemon College has very good three-point shooters. Mikaiya Moore, a sophomore forward from Amityville, NY, said, “ I think we’ve been playing well because we have been locked in and more focused on our defense. From our press in the beginning, all the way to the defensive rebound in the end. We’ve put a heavy focus on getting more and more defensive stops and of course converting them into scoring on our end.”

The Pioneers take full advantage of their practice time, spending an hour in the weight room and three hours on the court. Even though some of the athletes are in knee braces, that isn’t stopping them. The Jan. 12 game against Daemen College will start at 6 p.m. in Amherst, N.Y.