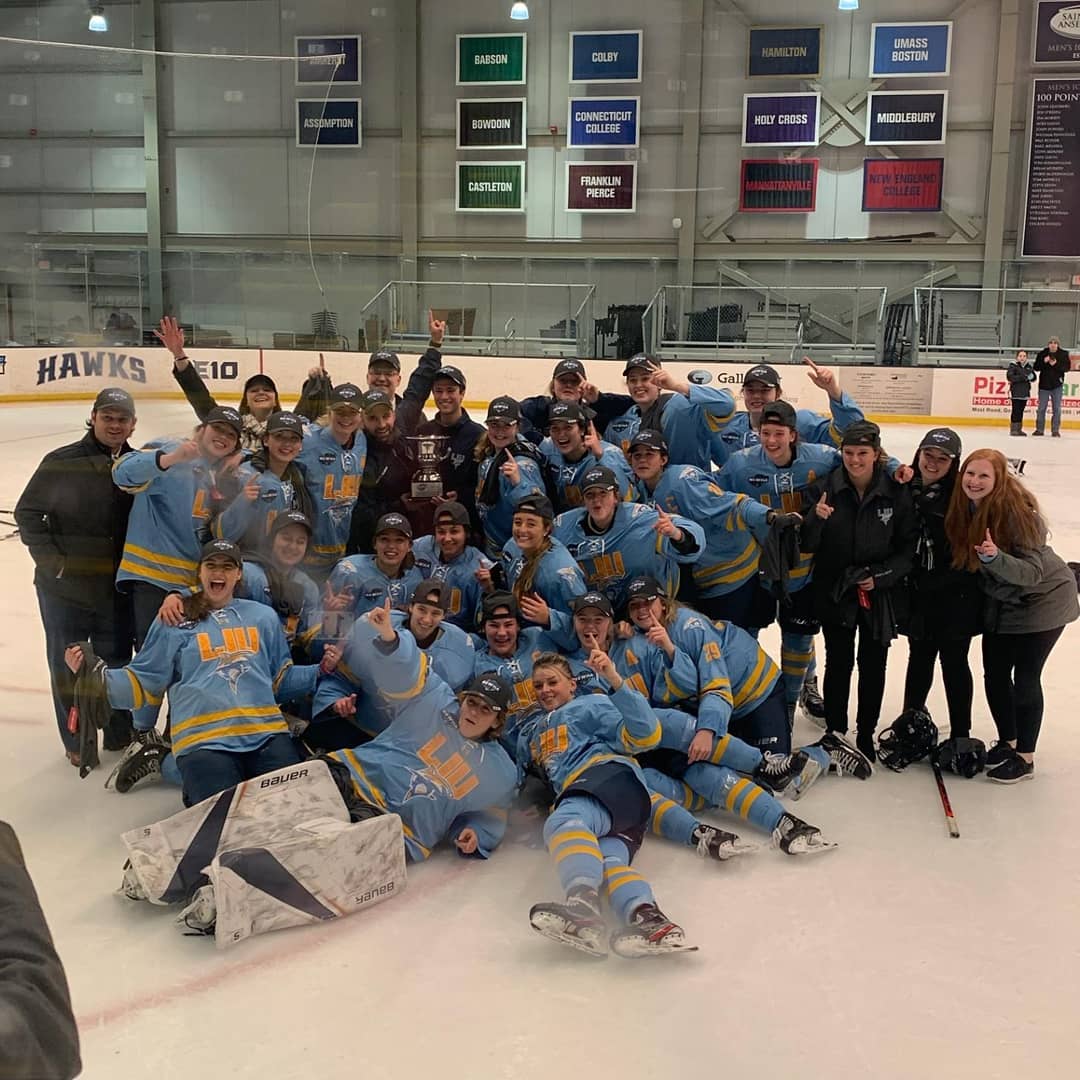 The women’s ice hockey team continued to make history as they defeated Saint Anselm College with a score of 1-0 to capture the 2020 New England Women’s Hockey Alliance title in their inaugural season on Sunday, Feb. 23. The championship win marks the first Division I title won by a Shark team in LIU Athletics program history.

“If this team sticks to their game then we will raise a banner this season,” Head Coach Rob Morgan said before the start of the playoff weekend. Evidently, he judged his team’s abilities accurately.

The playoffs started for the Sharks on Wednesday, Feb. 19 as they hosted Saint Michael’s College and defeated them with a score of 7-0.

The team then secured their spot in the championship game as they ended the No. 1 seed and regular season champions Sacred Heart University’s 13 game win streak by defeating them with a score of 3-0.

In the championship game, the Sharks faced the Saint Anslem Hawks. The Hawks got the opportunity to defend their NEWHA title from last year after beating Franklin Pierce University in their semifinal, a game which was the longest NCAA women’s hockey game in history.

Four minutes into the second period the Sharks were on the power play and freshman defender Paula Bergström scored the game-winning goal.

Freshman goalkeeper Kenzie Harrison saved all 27 shots faced against her and earned her third consecutive shutout. Together with her 85 saves in the three postsea-son games, the achievements lead to Harrison being named the tournament’s Most Outstanding Player. Bergström, Carrigan Umpherville, Harrison, and Saige McKay were also named to the All-Tournament team.

In their first ever season, the Sharks finished with an overall record of 14-18, an 11-9 record in conference play, and the team became the first team to win a Division I title in the history of the university’s recently implemented Division I athletic program.