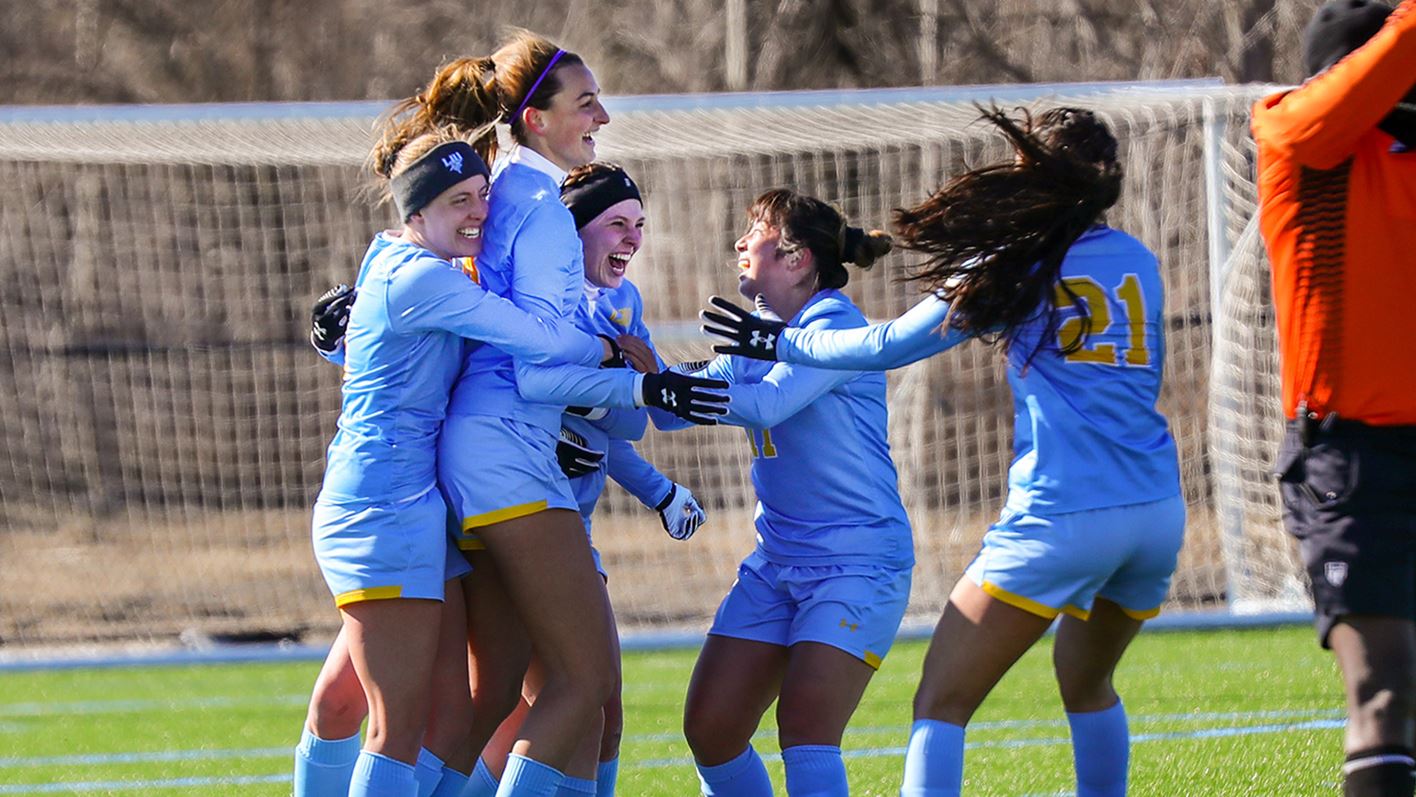 Every sport will be playing shortened seasons, consisting of only Conference matchups. Women’s Soccer will all look to capitalize on this new format.

After the long wait, LIU Sharks women’s soccer competition will kick off on Tuesday March. 2.

Last year was a rough season for the Sharks as they went 4-6 in conference play, and 5-12-1 overall.

Head Coach Collin Audley was brought in this offseason to take over the position and maximize the potential of this talented roster. Despite all the added circumstances this year has brought, Audley is committed to not letting it take away from his first season at LIU.

“This year has brought challenges that none of us have been through before. To my knowledge there is not a playbook for leading an athletic program during a global pandemic,” he said. “I don’t think that being a young coach or an old coach will be the deciding factor in the success of the program. I fall back on fundamental performance and moral skills, that’s what I try to convey to the team as well.”

Audley is certain his players are just as motivated to push through and compete at their best.

“I must also say that the Student-Athletes I work with have been exceptional throughout,” he said. “They deserve a ton of credit for their relentless commitment to the program.”

Audley admits it has been very challenging to work with all the back and forth regarding their fall season.

“I do think the uncertainties have been tough on the staff and the players because we are people who like working towards a target,” he said. “It’s been a moving or non-existent target for us for several months. Changing dates, new health protocols, strange training routines, unclear expectations, multiple quarantines, postponements, cancelations and a deadly virus make it so tough for all of us.”

Audley claims everyone involved has done a great job at keeping aware of the circumstances, even when it felt like there was nothing available.

“Good coaches know that the little details make a big impact. So, it can be a bit stressful when you don’t have any information at all,” he said. “Our administration and community leaders deserve a ton of credit because they have worked so hard to keep the student-athletes safe, communicate to staff, modifying education practices and finding ways to offer a competitive experience this spring.”

Audley claims the adjusted and shortened schedule will have no impact on game plan and outlook for the team this season.

“I expect them to express themselves on the field and to enjoy playing the game. I expect them to build relationships and to back each other up. Watching them train the last couple of weeks, it’s clear that we are not going to make it easy for our opponents,” he said. “I expect lots of challenges and some great moments. It should be really fun.”

Audley is not concerned about what the spring weather patterns or anything else might hold as compared to the fall.

“We will play any time of day, home or away, any day of the week. We are not a team or group of people who expect everything to be perfect,” he said. “We know that we will need to be adaptable in the way we play.”

Coach Audley has high expectations for the Sharks on the field this season.

If you see their body language, you can tell the team is excited to play. The opportunity to grow individually and collectively, compete for an NEC League Title, Win the NEC Tournament and beat teams in the NCAA tournament are all still on the table,” he said. “The sharks want to eat.”

Kayla DeTreux is the starting goalkeeper for the Sharks. She was extremely excited to find out the season would be official this spring, after all the waiting this past fall.

“It’s an amazing feeling knowing that we’re getting back into NEC games this year.  Hearing about the postponement of our Fall Season left us all devastated, let alone not knowing if it was definitely going to be rescheduled for the Spring,” she said. “When we were finally told that we would be allowed to play this season, whether it was a full schedule or only conference games, it was the best news we had received since the start of the pandemic.”

DeTreux is not treating this season any differently or lightly due to the outlook of the schedule.

“Even though the season has been shortened as a result of the pandemic, myself as well as my teammates are not treating it any differently.  If anything, we’re taking this more seriously than ever,” she said. “We want to show both the NEC and the LIU Athletic Department that they made the right decision by allowing us a season this year.”

DeTreux is expecting nothing but greatness from herself and her team this year.

“Our intentions for this season are to play our absolute best, work the hardest we ever have before, and of course win,” she said. “With regards to my game, I’m looking to protect the net the best that I can and hopefully help lead my team through a successful season.”

Amanda Hjelle is a midfielder and captain of the Sharks. Hjelle is very motivated to make the most of this season after all the situations that held them back.

“I’m so excited to start off this season in just a few weeks. It has been over a year since we played a competitive game so there is nothing that I look forward to more right now, and I know that the rest of the team feel exactly the same way,” she said.

As one of the top midfielders, Hjelle looks to lead the team the best she can on both sides of the ball.

“In my position, it’s important that I keep the team together and make sure that we work as a unit. I’ll do my best to back up our goalkeepers and defenders but also to join the attack,” she said. “As captain, I also aspire to lead by example by always working hard in both practice and games as well as encouraging my teammates both on and off the field.”