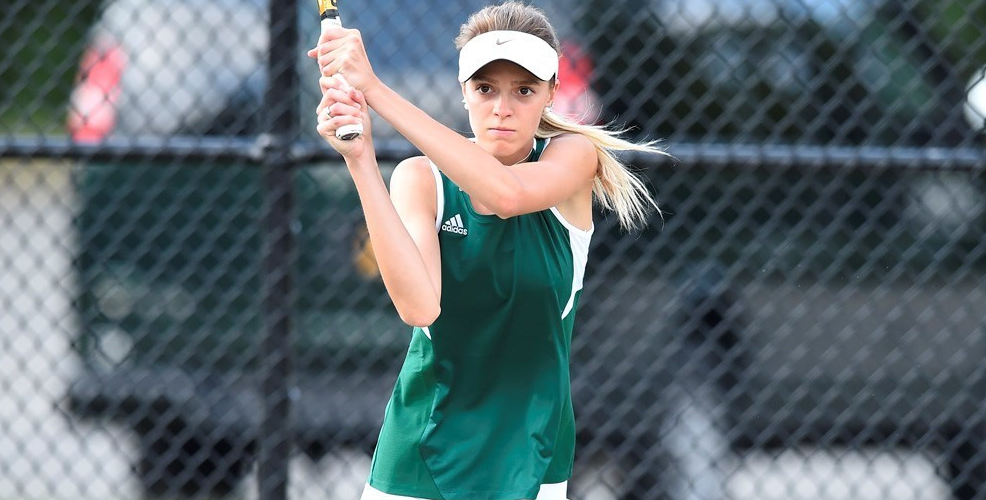 The green and gold proved to be too much for Molloy College to handle on Friday, Oct. 2, as the team earned an 8-1 victory.

Seniors Didi Fatchikova and Lucie Chrastecka led the way with a victory at the first doubles flight and the Pioneers dominated from there on.

The Pioneers earned two more doubles victories and even more in singles play. Freshman, Shanice Arthur, and junior, Heena Kewalramani, allowed only two games each at the no. one and two flights in singles play respectively.

The next day, the Pioneers took the court against Queens College and took a 6-3 loss at the indoor tennis center in Queens. N.Y. Queens College was able to rattle off four straight match wins when trailing 3-2, which gave them the hard-fought 6-3 victory.

The Pioneers serve up their next match on Thursday, Oct. 8, against Concordia College in Bronxville, N.Y. First serve is set for 3:30 p.m.