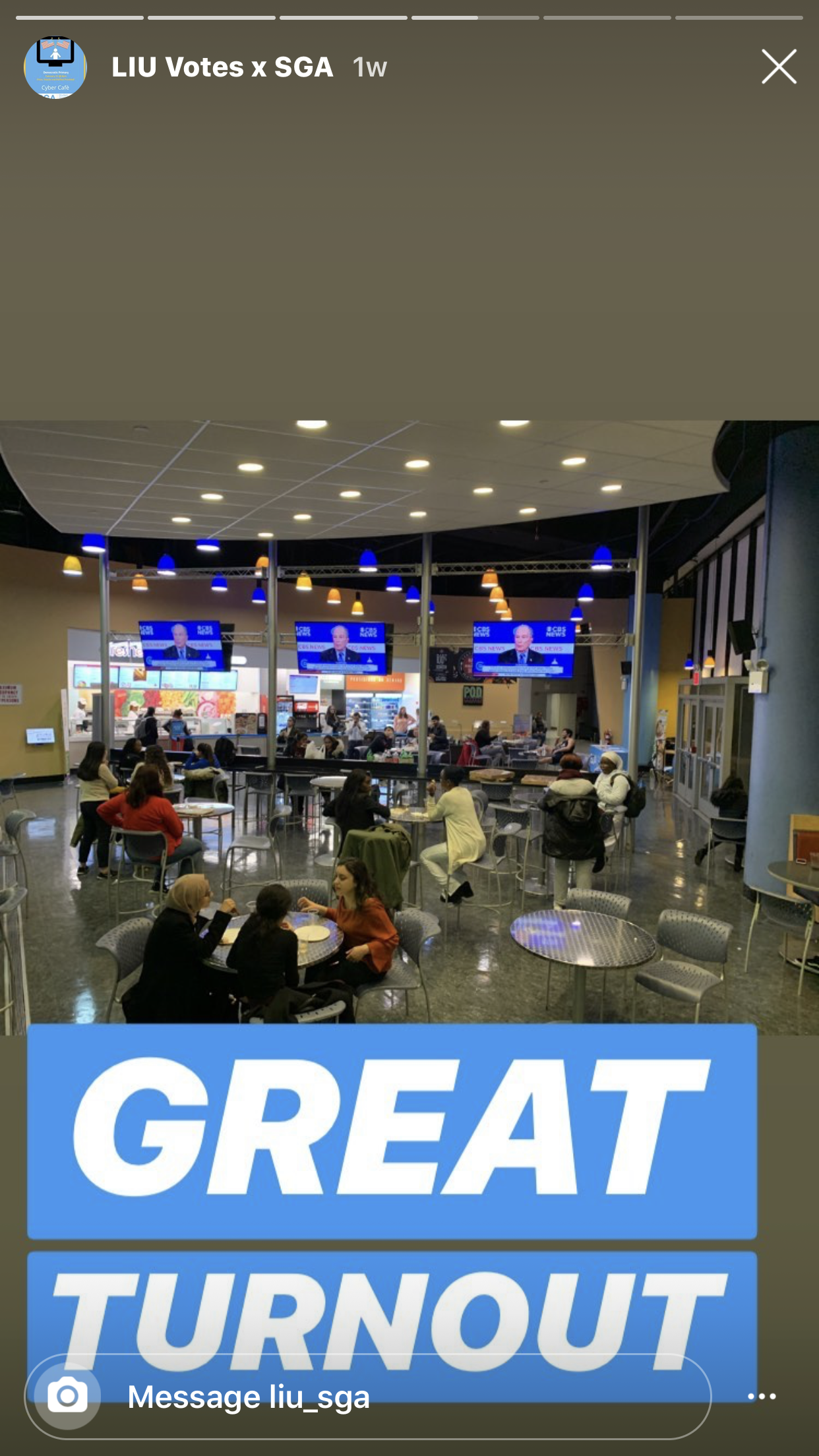 Students on campus were a no-show to the Democratic debate watch party held by the Student Activities Board on Feb. 25 in the fish bowl. As some students plan to vote in the upcoming primary election, zero made the effort to weigh out their opinions alongside their peers.

A few factors may have contributed to lack of student interest in the debate. Everything from the long list of candidates to the disarray that occurs between members of the same party can affect someone’s decision to pay attention.

“A lot of students may not feel comfortable being in a politically charged environment,” she said.

Each candidate took turns sparring over key policy areas including healthcare costs, gun control and foreign affairs. All seven candidates spoke over each other throughout the duration of the event, making for a heated debate.

Several candidates expressed their opposing views to Sanders, the current frontrunner, over the cost of his healthcare proposal and how he plans to pay for it. Others squared off with Bloomberg over a range of his past policies including “stop and frisk,” as well as his massive wealth which pushed his opponents to brand him as paying his way into the primaries.

“Politics stress me out due to the polarity of the views,” Sarah Ren, junior psychology major, said. “Also being a busy college student, I spend a lot of time reading more books that relate to my studies than what the news provides, so I wouldn’t even know what to say about what is happening right now.”

It’s possible the bickering between candidates of the same party is what deterred students from attending the watch party. But another reason may be that “Student involvement has not been the greatest on this campus and definitely has room for improvement,” Rodriguez said.

In the end, major news outlets determined there was no clear-cut winner, except for some who claimed Biden made a powerful comeback. Biden’s victory in South Carolina was a presumed certainty; a factor that commentators credited for his improved and confident debate performance. He ended up winning the state by a landslide on Saturday, Feb. 29. Following Biden’s triumph in South Carolina, Buttigieg, Steyer and Klobuchar all dropped out of the race, allowing moderate voters to condense behind Biden or Bloomberg.

The non-turnout is an alarming factor, as college students made up 40 percent of voters in the 2018 elections, according to insidehighered.com. The Democratic party needs the younger generation to vote, as they could be the deciding factor in the 2020 presidential election.

“I think more advertising will help students generate interest,” Rodriguez said, “And possibly hosting more events in regards to why it is so important to be involved with politics.”