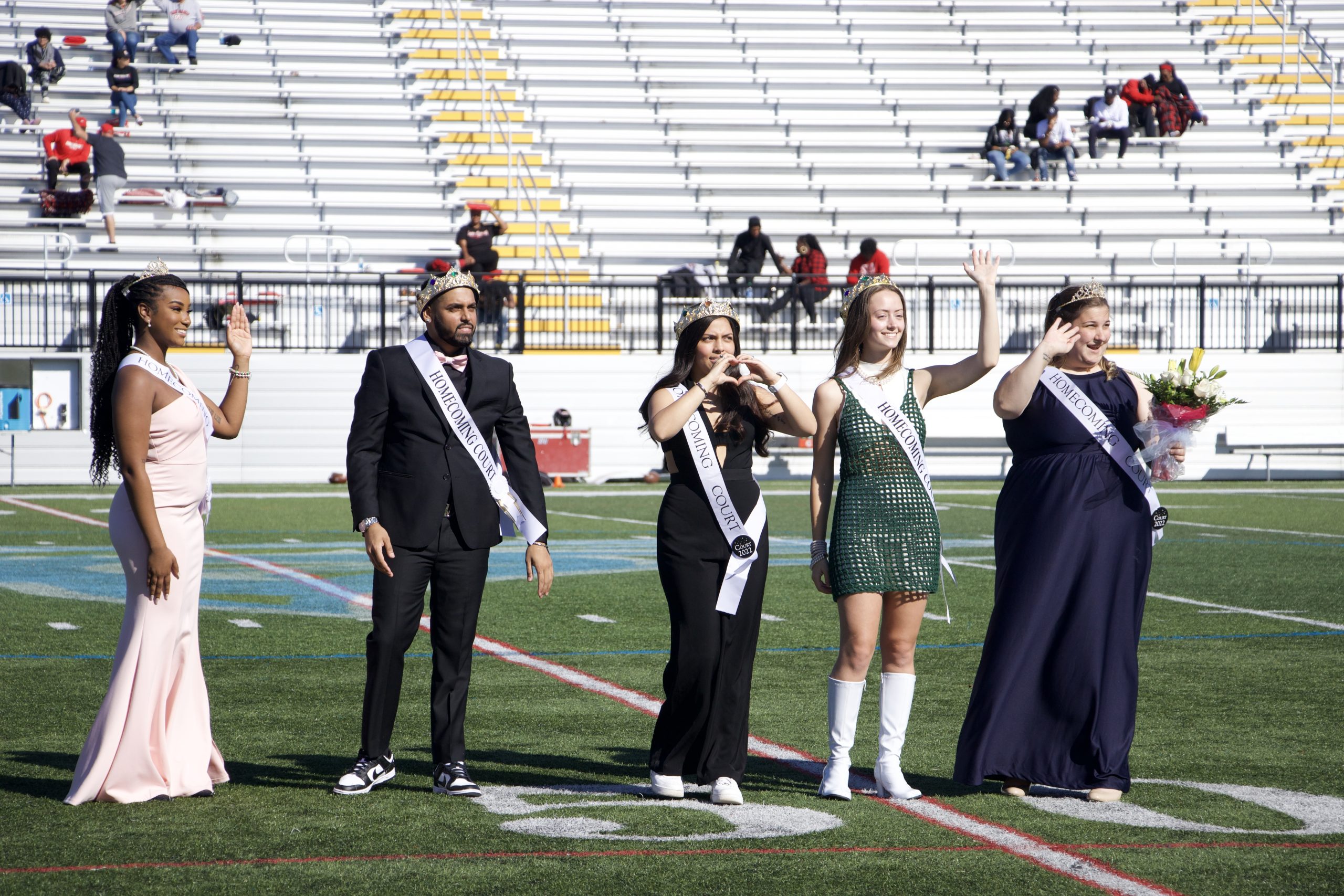 Spanning the weekend of Oct.15, Post hosted several events on campus, including a late-night carnival, a 48-hour live show marathon on WCWP and the LIU Sharks football game versus Saint Francis University.

Even though the LIU Sharks football team lost their game by a score of 57-7, there was different energy surging through Bethpage Federal Credit Union Stadium during Homecoming.

In an interview with The Wave’s Andrew Scarpaci, defensive backs coach of the LIU Sharks Kevin Richardson explained that the fans at Homecoming provided an extra spark.

“I mean it was amazing to see. Everyone had spoken it up all week. We saw previous home games and you know the crowd wasn’t where we wanted it to be,” Richardson said. “The feeling of having those fans out there, the guys definitely felt that. To have fans out there and support, I think that brought that energy for the guys.”

In addition to the fans in attendance for the football game, there was a carnival just outside Pratt Recreation Center. Junior business management major Lauren Ritirato spoke about how the carnival was entertaining.

“The carnival outside the football game was very fun. It was great to walk around with my friends and collect all the free stuff, like fried Oreos, churros, cotton candy and Mets merchandise,” Ritirato said. “My friends and I also got matching tattoos and LIU merchandise, so this carnival really made up for the missing COVID year.”

Like Ritirato, many students use Homecoming weekend to bond and make new friends on campus. Junior actuarial science major Vincent Randazzo spoke about how Homecoming has introduced him to new friends and passions.

“I attended Homecoming last year and it was my first Homecoming post-pandemic and I was going with The Wave radio station club. I was still new to the radio station so I was kinda awkwardly standing around the station’s tent making terrible small talk,” Randazzo said. “I remember the station folk being very friendly and inviting to me, and I really became more comfortable with them after Homecoming.”

Now being acclimated to The Wave radio station, Randazzo was able to experience one of WCWP’s Homecoming traditions. Every year, WCWP, the oldest radio station on Long Island, runs 48 hours of nonstop live programming. Randazzo talked about how he was able to participate with previous alumni and learn new skills during his Homecoming this year.

“I was able to talk to some of the alumni who provided some fun and interesting stories of the station’s past. I especially remember one of the old layouts of the station and how they used to have run shows before it was renovated,” Randazzo recalled. “I was also shown how to scratch records live on the radio which was very cool.”

Homecoming is one of the biggest events on campus for getting involved in student life and showing off school spirit. Ritirato talked about how she felt involved and showed her school spirit.

“I came all decked out in my LIU best. I wanted to be festive for my personal favorite school event of the year. I think Homecoming is the perfect day to bond with friends at such a fun event,” Ritirato said.

Even though Homecoming was great to many, there’s always room for improvement. Randazzo thought that some things at Homecoming were lackluster and needed to be fixed up.

“The carnival section to me was lackluster. I understand it’s more about the football game, but the three rides were kind of pitiful and not very enticing,” Randazzo said. “Homecoming was overall a good time for me, but that’s due to the experiences I had with my friends and the radio station rather than the game or school attractions.”

While students felt that there were a few shortcomings, the general review of this year’s Homecoming is positive.