Battle of the Books: Is the Campus Bookstore Obsolete?

LIU Post’s Campus Bookstore was established in the late 1970s, and has been operated by the renowned Barnes and Nobles since
its commencement. The store sells an array of student necessities: academic books, stationery, dorm decorations and gifts, toiletries and cosmetics, LIU sports gear and apparel, and more recently, technology, such as laptops and tablets. 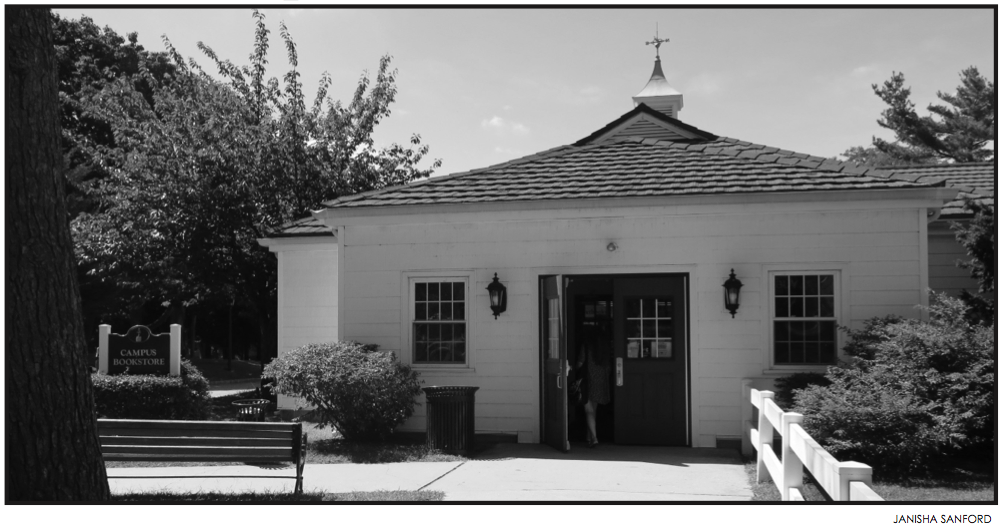 Although the store sells books to cater for all of the courses offered at Post, the university has found that students tend to purchase their texts from online companies, such as Amazon and Chegg, due to a significant price difference between the books sold online and on campus. Freshman Biology major Jackie Mauri explained, “The books on Amazon that I rent are over 50 percent cheaper than the books at the bookstore. It’s so overpriced and quite frankly, I can’t afford them.” Some of the books students (more so freshmen and sophomores) are required to purchase for their classes aren’t even used towards their major. “I may as well rent an English literature book and return it than purchase one. It’s not like I’ll use it again after the semester, so why should I pay $180 on a book that I’ll never use but I can keep, instead of renting one for $40?” Mauri continued.

Jorge Lanas, the bookstore manager, admitted that cheaper prices can be found elsewhere, but the store is attempting to win the students back. “Students look for the best value for money, which isn’t always on campus,” Lanas admitted. “However, pricing has dropped in the store due to the different
categories of books [we] have to offer; rent, new and used, [as well as] the new feature of digital e-books, which are user friendly and up to 60 percent cheaper than the other categories.”

E-books are also available to buy or rent, and the amount of books that have digital versions is constantly increasing. Because of this, students are beginning to return to the campus bookstore. Lanas also added, “It’s so much more convenient to purchase books on campus than off campus; they’re easier to return and there’s no need to ship anything. The bookstore provides customer service and, quite frankly, cares more than the online companies.”

The bookstore doesn’t calculate its sales based on percentage of students buying books at the store, but based on the number of units it sells. “As this semester is just under way, I don’t have that number readily available, but by the beginning of October we would have a better idea of what percentage of books have sold in store,” Lanas said. “On average it’s between 65-67 percent in the fall semester.”

Additionally, professors are looking at alternative ways to help students save money by using open source books that are free for all to use. Some have also used their own personal notes to create digital content on Blackboard for students to reference and for general assistance.