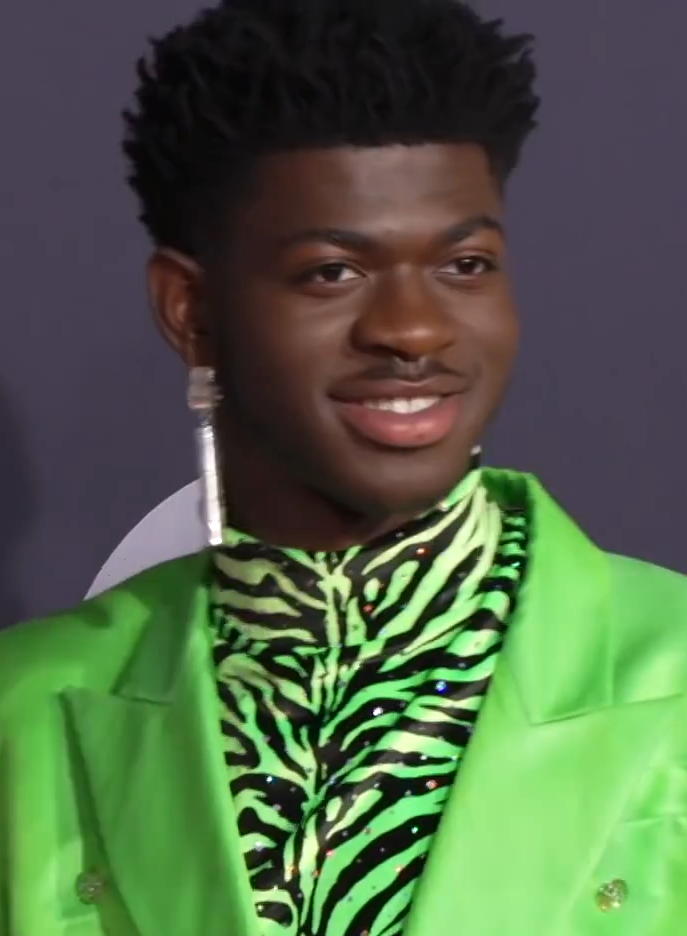 Nas X first burst onto the scene when his first single “Old Town Road” – a country rap song that has gone on to become one of the best-selling singles of all time– gained popularity on TikTok in early 2019.

Students on campus are enjoying “MONTERO” with “Am I Dreaming?”, featuring Miley Cyrus, being a popular choice for favorite song on the album.

“I really like the range of his voice and the statements some of the songs make,” junior accounting major Malina Medeiros said.

Though the reception from students of the music has been mostly positive, a common criticism was that it was lacking in versatility.

“He could’ve pushed the borders in terms of beat. Typical pop hits. Not anything new,” Moore said.

Others shared a similar sentiment.

“It’s very centralized around pop-hip/hop sound, I would’ve liked a bit more diversity on the tracks themselves,” Medeiros said.

Medeiros is a big fan of Nas X. She loves his provocative fashion statements, promotional material and music videos.

“I adore how he’s breaking the boundaries of gender norms,” she said.

Other students on campus shared similar sentiments of admiration for Nas X’s unorthodox approach to his art.

“The way he expresses himself is pretty cool, there’s not a lot of people stepping out. He’s paving the way for a lot of people,” junior computer science major Carlos Claudio said.

However, some disagree that Nas X is doing anything other than making catchy pop tunes.

“I don’t view this as something that’s going to advance any part of society or influence … He’s the same as everybody else,” Moore said.

In June 2019, Nas X came out as gay on Twitter. Students on campus are supportive of Nas X and believe he can be a role model for LGBTQ+ youth.

“He’s just eliminating toxic masculinity and I think it’s great for young boys who have a sense of belonging to that community to have someone to look up to, especially [for] people of color,” Medeiros said.

Nas X made significant use of social media to promote the album. He made satan-themed shoes – a customization of a Nike shoe that included a drop of human blood and satanic symbolism and imagery. He also posted images and videos of him with a prosthetic pregnant belly – symbolizing him “giving birth” to his first album. Student reaction to Nas X promotional material has been mixed.

“I think the promotions were amazing. I was in love with them. He made a statement and showed that he’s going to do what he wants despite backlash,” Medeiros said.

Other students on campus weren’t so fond of it, and found it rather confusing.

“I dislike that. He did it just to get attention and cause controversy. That’s not advancing anything for anyone. He’s not creating a discussion; he’s creating an argument and that takes away from bigger issues,” Moore said.

Nas X has released four music videos in promotion of “MONTERO” and the reception from students has been more positive.

Others shared a similar sentiment,

“They’re very explicit but he should do what he wants to do,” Claudio said.

“MONTERO” has more than 1.5 billion streams on Spotify in its first week of being released,