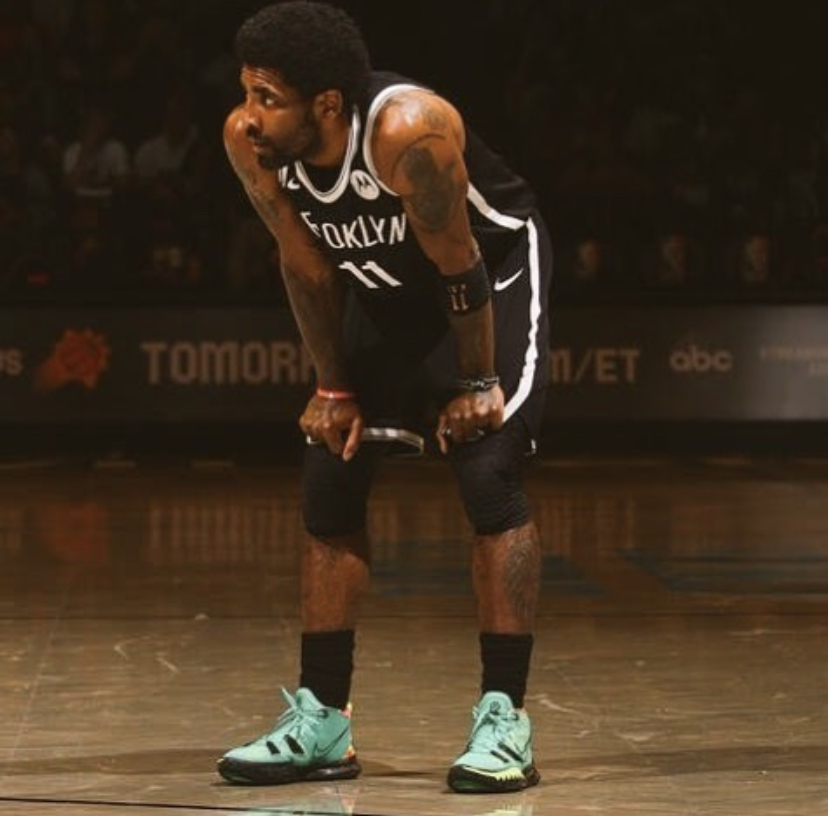 The ongoing uncertainty around whether Brooklyn Nets’ star Kyrie Irving will receive a COVID-19 vaccine has overshadowed the Nets’ start to their season, which Irving cannot currently participate in due to his status.

Irving cannot play in Nets’ home games at Barclays Center in Brooklyn unless he receives the vaccine due to the NYC requirement that you must be vaccinated to attend or participate in any indoor entertainment spaces. The Nets later announced on Tuesday, Oct.10, that Irving will not play for them at all this season until he becomes eligible to fully participate.

The Nets’ guard was not forthcoming about the situation, calling into the Nets’ media day via Zoom.

“There’s just a lot of questions about what’s going on in the world of Kyrie, and I think I’d love to just keep that private and handle it the right way with my team and go forward together with a plan,” Irving said.

Kyrie would lose the entirety of the $35 million he was supposed to make this year if he sits out the whole season.

Senior broadcasting major Nicholas Paniagua is concerned about how the Nets will play while Kyrie is ineligible.

“Missing Kyrie is definitely going to hurt the Nets because Kevin Durant needs another star player alongside him in order for him to play his full game,” he said.

Paniagua, like many, feels that Irving’s looming absence severely limits the potential for a championship season. He predicts that the Nets advance no further than the Eastern Conference Finals without Irving’s services.

“He is a good enough player to join just about any team and immediately make an impact,” Paniagua said,

Paniagua is surprised at Irving’s continued decision not to be vaccinated against COVID-19.

“I really don’t understand why he has such a negative view of the vaccine,” he said. “I get that people have bad reactions to it, but a lot of other players got the vaccine, and here they are still playing basketball.”

“Nobody is going to lose confidence while we’re playing and hope Kyrie comes to save us,” he said.

Durant left the Golden State Warriors, where he won two NBA championships to team up with Irving and the Nets.

Nets’ guard and former MVP James Harden, who was acquired by the Nets via trade after the arrivals of Durant and Irving, has struggled with his play so far this season. Harden typically improves his conditioning as the season progresses but is also adjusting to new NBA rule changes that affect his playing style. The league office has set out to eliminate actions by offensive players which are done solely to cause the referee to grant a foul. Harden has long been the best drawer of fouls in the league, attempting the most free throws per game every season from 2016-17 to 2019-20.

With the Nets off to a 2-2 start, the clock is ticking on Kyrie Irving’s return. Until he joins the team, Durant and Harden will shoulder a heavy workload.

Brooklyn has clear championship aspirations; the team was eliminated last postseason in overtime of Game 7 against the Milwaukee Bucks in the second round. Milwaukee went on to defeat the Phoenix Suns in the NBA Finals.