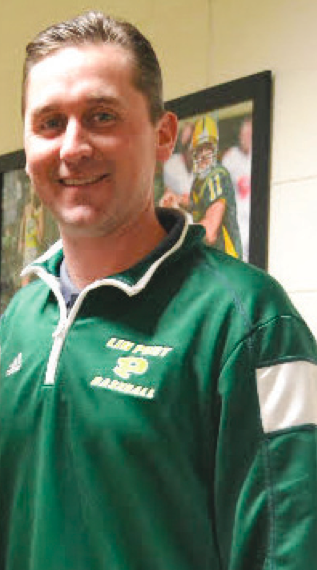 Coach of the Week: Mike Gaffney

After serving as an assistant coach last year, Mike Gaffney has taken over the head coaching duties for the LIU Post baseball team. In his first year at the helm, Gaffney is looking to continue the winning tradition and put his squad on the map as a championship-caliber team.

Q: What went through your mind when you first found out you were taking over as head coach?
A: I was excited to be able to work with this team on a full-time basis. Last year, I was called in to help out on a part-time basis. It’s great to see my players take the next step developmentally as baseball players and student-athletes. I’m also able to watch these guys take steps on the field and help us win baseball games.

Q: What made you want to become a coach?
A: I got out of professional baseball about six years ago. I had some coaching and scouting offers at the professional level, but after being away from home so long, I wanted to come back and get a full-time job. I didn’t realize how much I missed baseball until I started helping out last year. Halfway through last season, I figured out that this is the path I want to take. The players and coaches have hit the ground running ever since I’ve been here.

Q: How would you rate your team’s chemistry on the field?
A: It’s been a pleasant surprise. We’re all brothers in this and by us preaching that, the guys really embrace it. We take pride in how tight we are and our chemistry will help us produce more success on the field. If we keep the train on the tracks, we’re going to be in a good place at the end of the year.

Q: What are some of your team’s strengths and things that need improvement?
A: Right now one of our strengths is starting pitching. We also put the bat on the ball and we make hard contact. We need to get better with situational hitting by finding a way to score with runners in scoring position. We’ve had too many strikeouts in those situations. Half of the battle is just putting the ball in play. Since injuries have given us tough luck, I always stress that next man-up mentality.

Q: How do you look to build on your momentum being tied first in conference play?
A: We have a huge series coming up against St. Thomas Aquinas who we’re tied with for first place. They were a top-25 team and one of the College World Series participants last year. As a baseball coach, these are the best times when you’re putting all the money out there. This series is a really good test for us and we’re going in expecting to win.

Q: What’s your favorite position to coach?
A: I was a shortstop/middle infielder during my career, so I enjoy working with the middle infielders the most because that’s where my expertise lie. I also have a passion for working with the hitters too. I was an average hitter in the MLB, but I enjoy teaching these guys the mental aspect of hitting. This year, we have a better approach and game plan when it comes to hitting.

Q: Do you have any prior coaching experience to Post?
A: No, but I spent one summer with the Long Island Collegians when I first left the pros. I helped out my friend, Chris Rojas, the head coach there. I’ve always been involved with baseball camps, but last year was my first year coaching at the college level. Baseball is really a simple game if you don’t let it get the best of you. While in the pros, I was around players like George Bret, Bo Jackson, and Hal McCray, and seeing the game from their view helped me as a coach.

Q: How did it feel to be drafted twice to the pros while playing during college at New York Institute of Technology?
A: It was a dream come true. I think every college baseball player has that dream of putting on a professional uniform and representing a MLB organization, which I was lucky enough to do for five plus years. Baseball also helped me in life itself with the cut-throat competition. I know of the bumps in the road when you play Northeast baseball and I always had that coaching mentality even when I played on the professional level.

Q: What is your goal for the baseball program here at Post?
A: My number one goal is to make us a regional contender every year. We’re doing a great job recruiting and we also have really good energy in our local baseball community about what we’re building here.

Q: What is one thing people would be surprised to know about you?
A: Everything about me is pretty much known. I’m a local guy and my roots are here on Long Island and New York City. I do have national relationships, which we’ll see with some of the players we’re bringing in here. My relationships locally are what will bring us to the next level. We’re going to be successful locally and then extend nationally after that.