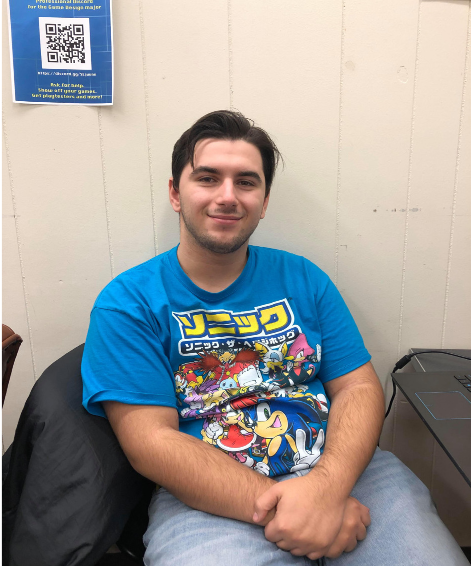 D&D Club Rolls on to Campus

It’s no secret that being a college student is stressful. Exams, homework and extracurriculars can have a taxing effect on student wellbeing. Students need an escape, something to get away from it all, perhaps to another world entirely. Luckily students now have that escape with the campus’s new Dungeons & Dragons club.

D&D is a fantasy tabletop roleplaying game where players make a character and enter a world of their creation. Players act as their character, setting apart the gameplay of D&D from a traditional tabletop game. Dungeon Masters (DM’s) create and oversee a story that the other players need to navigate through. The creativity and freedom involved in game ensures that no two games will ever be the same.

Matthew Lanza, a sophomore game design major, started the club so he could play D&D with friends, but was unprepared for the demand that such a club would bring. What originated as four friends playing together quickly increased to ten player party. The club currently meets on an unofficial basis, hosting games in rooms rented on campus, but Lanza wants the club to be officially recognized next semester.

All students are welcome to join the club regardless of their experience level. Lanza plans on hosting a “session zero” early next semester where students can learn how to play the game and create characters.

Lanza also wants to emphasize freedom when hosting campaigns, rather than sticking to a strict by the book structure. This allows interested students to be able to DM and write their own stories. This loose structure also allows for the DM to be switched out midgame, giving multiple students a chance to try out the role. The club will also allow homebrew, or custom content, to be used in games, as long as it is approved by the DM beforehand.

The D&D club aims to create a space where students can relax and create unforgettable memories together. “We’ve had moments where our DM will just get up and act out what his character is doing in a very funny cartoonish matter,” Lanza said. “It’s moments like that you can’t get anywhere else.”

The next D&D night will be held in Hillwood Commons room 109 on Thursday, Dec. 5 at 5:30 p.m. Students with questions about the club or it’s activities can contact Matthew Lanza at Matthew.Lanza@my.liu.edu.