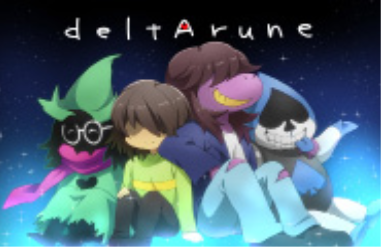 Toby Fox, a 28-year-old American video game developer, released “Undertale,” on Sept. 15, 2015. The game was revolutionary with its gameplay mechanics and storytelling. “Undertale” is a role-playing game that portrays the player as a child who falls into a land populated by monsters.

“Undertale” received positive ratings by gamers and critics alike on IGN and Metacritic. On October 31, 2018, Fox followed up with his latest game, “DeltaRune.

“” takes place in the same universe as “Undertale,” but in a different time-line. In “Undertale,” the player’s choices make a big impact on the story, however in “DeltaRune,” the game makes clear early on that players have no choice in what happens with the story

Alexandra Koster, a freshman art therapy major, and Andrew Frank, a senior broadcasting major, are fans of the game.

“It was definitely fun to play,” Koster said. “It took me by surprise when you see the main fundamental element of ‘Undertale’ turn on its head in DeltaRune,” he continued. The newer game gave Koster a “Toy Story” vibe. “I would give “Undertale” a 6/10 and “” an 8/10,” she said, rating both games

Frank agreed that “” accomplishes the purpose of telling a story. He rated “Undertale” a 9/10 and “” an 8/10. “I believe ‘DeltaRune’ is indeed a worthy successor to ‘Undertale,’” Frank said

played both games myself, I am looking forward to the rest of Toby Fox’s latest masterpiece.