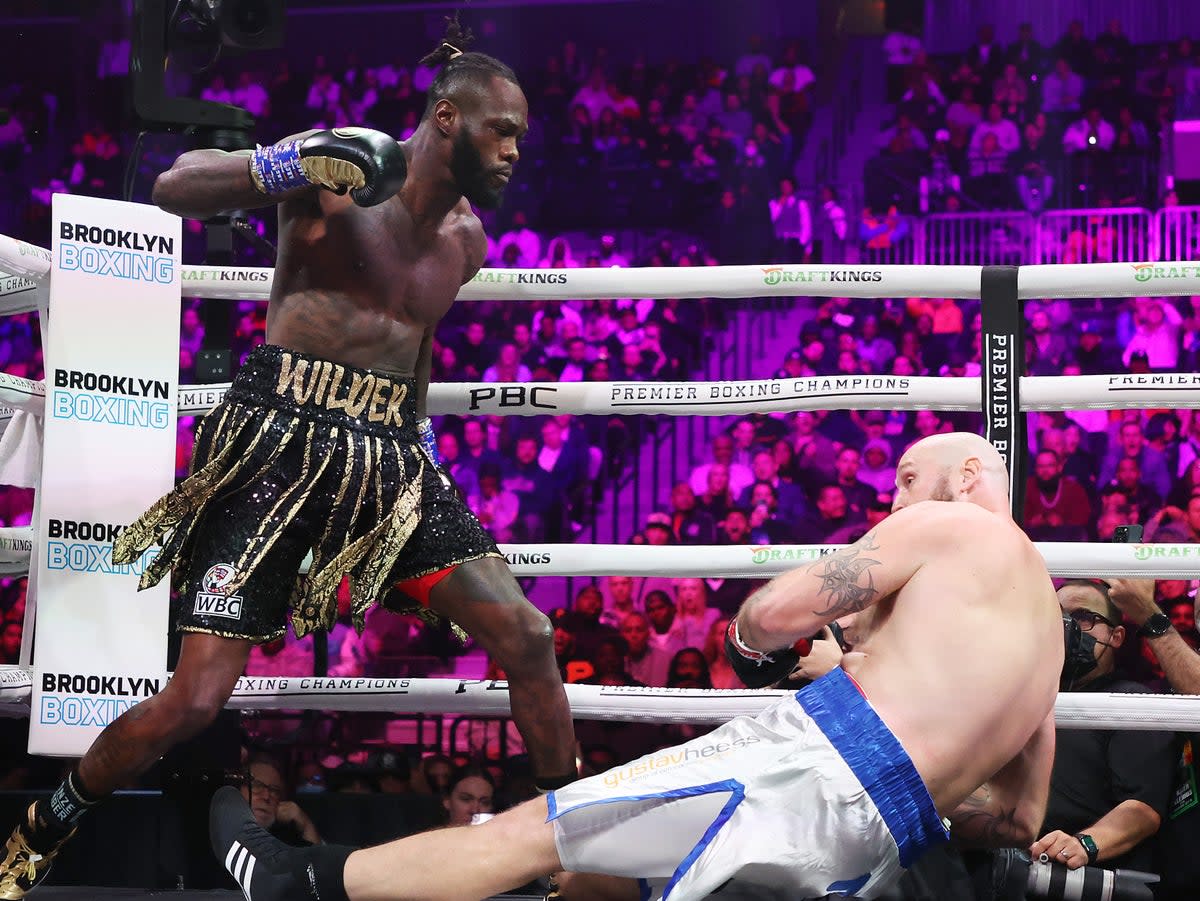 Former Heavyweight champion Deontay Wilder made short work of Robert Helenius on Saturday, Oct. 15, knocking him out at the end of the first round at Barclays Center in Brooklyn, New York.

This was Wilder’s first win since Nov. 23, 2019, when he knocked out (KO) Luis Ortiz in the seventh round in their fight at the MGM Grand Garden Arena in Las Vegas, Nevada.

In his last two fights, the 36-year-old former WBC title-holder was KO’d by Tyson Fury, who defeated him in the second and third fights of their high-profile trilogy after they fought to a draw in December 2018.

On Saturday, Helenius backed Wilder into a corner in the final 15 seconds of the opening round. However, Wilder floored the 38-year-old Finnish Heavyweight with a powerful right hand, and Helenius was counted out at 2:57 of the first round.

Helenius falls to 31-4. He had a nearly 40-pound weight advantage on Wilder, but could not match the former champion’s power.

“When he knocked him out within a few seconds into the first round my jaw dropped completely,” senior film & cinematography major Derrick Idafe said. “It just sucks because I was waiting all night for at least a good fight to happen. But it was a good win for Wilder to get a win with him losing to Fury back to back.”

Deontay Wilder was emotional and cried at the post-fight presser after his KO of Robert Helenius, as he discussed the dangers of boxing, and Prichard Colón, who suffered a life-altering brain injury when fighting.

“We’ve seen what can happen, look at Prichard Colon,” Wilder said. “Y’all don’t understand what we go through man. I’ve always been an advocate for us. This man won’t know what it’ll be like to be somebody’s father, that’s one of the most beautiful things in the world.”

Freshman sports management major Dimere Smith shares Wilder’s enthusiasm about his return, and is excited to see the former champion back in action.

“I’m glad he’s back again,” Smith said, “The old Wilder was an animal and was possibly the face of boxing. He needs to get back in that mentality again and earn his title back. I can say for everyone we all want that again.”

It’s not known who Wilder will fight next. Among the possibilities are Ukrainian champion Oleksandr Usyk, who holds the IBF, WBO and IBO belts, or former title-holders Anthony Joshua and Andy Ruiz Jr.